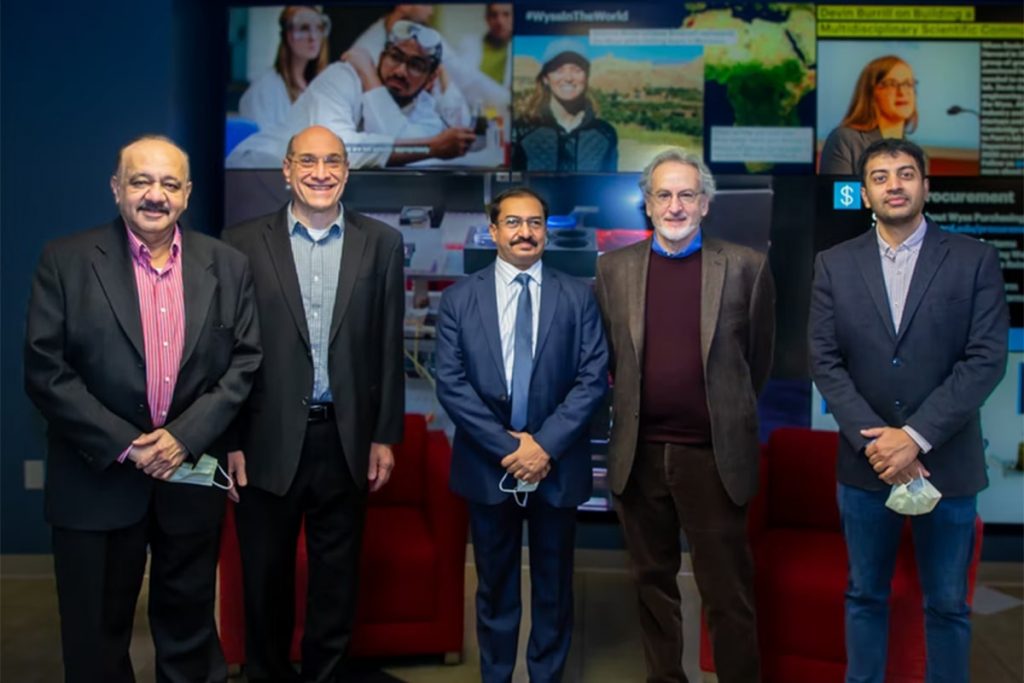 Longevity.Technology: Vascular diseases can be caused by genetics, heart diseases (such as high cholesterol and high blood pressure) and diabetes is one of the strongest risk factors for any form of vascular disease. Diabetic neuropathy is a serious, painful and disabling diabetes complication that may affect as many as 50% of people with diabetes and peripheral arterial disease can become critical limb ischaemia, the most severe form of PAD, which has a poor outlook – indeed, half of patients are likely to die within five years. As with many diseases, age is a key risk factor, and although symptoms can be eased with lifestyle choices (not smoking, exercise, better diet), repairing the damage has proved tricky due to the difficulties of deploying tissue regenerative molecules, but Wyss’s new scaffold could overcome these and bring the hope of nerve and muscle repair to those with these life-limiting conditions.

Developed in the lab of David Mooney, PhD at Harvard’s Wyss Institute for Biologically Inspired Engineering and John A Paulson School of Engineering and Applied Sciences (SEAS), the technology is an injectable, biocompatible scaffold for the sustained release of tissue-regenerative molecules. Alkem plans to apply its drug development and manufacturing capability to advance this technology from bench to bedside through the application of efficient translational, pre-clinical and clinical models.

“This license agreement with Harvard enables us to harness an innovation with great clinical potential, identified and nurtured by the Wyss Institute, to bring novel treatments to market,” said Alkem’s Managing Director, Sandeep Singh. “It also serves as an example of Alkem’s commitment to fostering continued academic, clinical, and commercial collaborations to bring impactful medical technologies to patients [1].”

Alkem’s President and Chief Medical Officer, Akhilesh Sharma added: “This technology’s novel, regenerative medicine approach could help fill a therapy gap in the treatment of multiple causes of ischemic tissue injuries, with the potential to avoid several thousands of foot deformities and amputations and provide relief from other ischemic conditions [1].”

The licence grants Alkem commercialisation rights in the United States and India.

Donald Ingber, MD, PhD, the Wyss Institute’s Founding Director, said, “This technology license represents yet another successful initiative by the Wyss Institute to advance our mission of bringing lifesaving technologies out of the lab and into the real world. Alkem’s position in India gives it the potential to reach many millions of patients who do not have access to expensive, brand-name treatments, which could significantly contribute to the reduction of human suffering globally [1].” Ingber is the Judah Folkman Professor of Vascular Biology at Harvard Medical School and Boston Children’s Hospital, and Professor of Bioengineering at Harvard SEAS.

Tissue regenerative molecules are naturally occurring biomolecules in the human body that are known to help enhance tissue regrowth after injury or chronic disease. Despite their therapeutic promise, these biologics have not yet been developed into FDA-approved treatments because they are very rapidly cleared from the body, which dramatically reduces their efficacy.

Furthermore, because of the high doses required to overcome the clearance challenge, there has been concern that these treatments could cause toxicity when administered to patients orally or via injection.

To solve this problem, researchers led by Mooney, a Wyss Core Faculty member and the Robert P Pinkas Family Professor of Bioengineering at Harvard SEAS, developed a technique that encapsulates two tissue regenerative molecules into a biocompatible, precisely-designed scaffold that is injected under the skin at the site of ischemia and injury.

The scaffold allows the molecules to be released in a sustained manner over time, which enables tissue regeneration at very low doses.

Initiated as a collaboration between researchers at Harvard SEAS and the Wyss Institute, the technology advanced through development and de-risking at the Wyss Institute to demonstrate proof-of-concept. Preclinical studies in multiple animal models conducted at the Wyss Institute and University of Michigan demonstrated that blood perfusion recovered to 80–90%, muscle strength was restored to pre-injury levels, and nerve damage was reversed following injection with the treatment, and results persisted for several weeks to months. This novel enabling technology went through a thorough diligence process with Alkem, who were impressed by its potential use in populations worldwide to treat multiple ischemic conditions caused by vascular disease.

“Scientists can point to many promising treatments for diseases and injuries that have never made it to the clinic, not because they don’t work, but because delivering them via a classic injection or pill wasn’t possible,” said Mooney. “I’m hopeful that our success in solving that problem for these tissue regenerative biomolecules will inspire others in academia and industry to revisit some of those ‘difficult’ drugs and make them available for more patients around the world [1].”.