News > AgetechHealthy aging – it’s still all about diet and exercise. For now 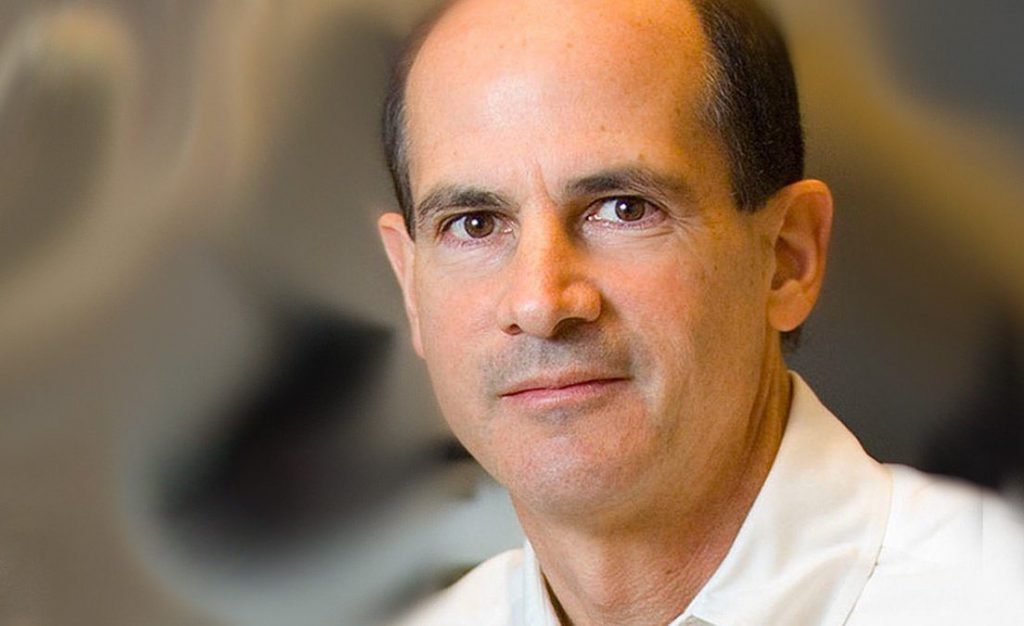 For the past two decades, September has been celebrated as Healthy Aging Month in the United States – an annual period of health observance focused on aging and better health practices.

Longevity.Technology: It all kicks off tomorrow, so we thought we’d use the eve of the event as an opportunity to share an interview with one of the leading figures in aging research. Dr Thomas Rando is a Professor of Neurology at Stanford University, and has been working in aging research for more than 20 years. We spoke recently with him about his work in the Longevity field and what people can be doing today to improve their health span.

Rando is perhaps best known for his seminal 2005 paper in Nature, which demonstrated that factors in young serum can directly reverse many aspects of cellular and tissue aging. This work ultimately led to the creation of Fountain Therapeutics, where he is a co-founder – and continues to drive a significant amount of the research conducted at his Stanford lab.

“Our work has led us to this idea that this process of ageing is malleable, and so we’ve been looking at interventions, things like drugs, diet and exercise, that might modulate this process by which cells and tissues transition from looking youthful to looking old,” says Rando.

“Without a doubt, we can use interventions to make old tissues look younger, but the question really is – are we reversing something there? Are we really reversing the aging process?”

For Rando, answering these questions comes back to the study of stem cells, which is where his Stanford lab originally started out.

“We’re interested in tissue repair and tissue regeneration, which our bodies do less well as we get older, and a lot of this is mediated by stem cells,” he says. “And so, a long time ago, we started to ask the question and it’s a question we still ask, which is, why does it happen? And is there anything we can do about it?”

This led Rando to explore whether it’s possible to make an old cell young, as opposed to making an old cell work better. His lab’s recent published work looked at the effect on exercise on the muscles of older mice.

“What we found in a nutshell is that if we exercise old mice, the stem cells in those muscles appear more youthful, whereas when we exercise young mice, we don’t see any effect,” says Rando.

“This could be due to several things, but one possibility is that, when we’re young, our stem cells are optimized and you can’t really make them much better. But as we get old, things change, and so the ability of our tissue to repair itself is slower and less effective. But with exercise, it turns out, you can restore that youthful repair process.”

This has subsequently led to the identification of some specific genes that Rando believes are changing in response to exercise.

“These genes end up being potential targets therapeutically because, if you can upregulate those genes with a drug or with diet, for example, then you can, in theory, restore that youthful tissue repair,” he explains.

“So, in other words, there’s something in the blood that’s carrying this information,” says Rando. “It’s not just that the muscle itself is exercising and stimulating the cells within the muscle, but in fact, when a muscle exercises, it secretes all kinds of things that goes all over the body. So what are these factors that are secreted? And how does a cell receive these factors and how does it change and become younger?”

Answering these kinds of questions about what’s in our blood, and how those factors could be translated into therapeutics for diseases of aging, is exactly why Rando founded Fountain Therapeutics. However, he initially made little headway with pharma companies in the early 2000s.

“They were polite, but they laughed me out of the room because they said there will never be a therapy for aging, because the drug would have to be as safe as water,” he recalls. “That was the mindset, and so I initially dropped the idea of starting a company, and we just continued to work on biology.”

Advancements in the aging research field and technology, with the development of AI, grew interest in the field and motivated Rando to reconsider the idea of starting a company again.

“I realized that we could use artificial intelligence to look at tissues young and old, and we could screen hundreds of thousands of compounds, and use machine learning to tell us which compounds are actually making these cells and tissues younger,” he says. “Suddenly I was turning away investors as opposed to trying to get investors to listen, so the timing was right to start Fountain.”

Fountain has essentially developed a powerful platform technology for screening compounds, and is focused mostly on small molecules, but has a growing program focused on identify factors (proteins) in blood, that change with age and might be mediating the effects of aging. With companies out there already looking at the potential benefits of using young blood in humans, Rando has a clear view on what should and shouldn’t be happening in this area.

“I think there is a reasonable foundation for doing a clinical trial – we have good evidence in the lab and there now are examples of diseases that have been improved by heterochronic parabiosis, so I think the rationale for doing studies in humans is very sound,” he says.

“But the rationale for giving a young blood transfusion to an otherwise healthy adult, telling them it’s going to help them live longer or avoid disease is rash. We have no evidence that transfusions have any benefit at all, or will prevent the onset of some disease later on.”

While Fountain’s next steps are to identify the key molecules it will take forward to human trials, the focus will, of course, be on treatment of specific diseases, rather than aging, which the FDA does not yet recognise as a treatable disease.

“The biggest challenge of targeting changes in aging itself as your trial outcome comes back to this issue of how you do the clinical trials,” says Rando. “If we’re going to take a step back and say we’re going to develop a new field of therapeutics to interfere the aging process, which are preventive therapeutics in a broad sense, we need a different approach in terms of clinical trial design.”

“But that’s been a discussion the FDA has been willing to engage in, and they have started to engage in it,” he adds. “And so that could change over the next decade where we have biomarkers of aging, that are used as outcomes. And I think it’s important, if for no other reason, than for all of these diseases of aging – cancer, Alzheimer’s, heart disease – the greatest risk factor by far is age. It’s not your genetic makeup, it’s not your diet, it’s your age.”

So if we are still years away from approved drugs for treating the effects of aging, what advice can Rando give to people today who want to take action as part of Healthy Aging Month?

“You know, after all these years of work, it’s diet and exercise,” he says.

“Because fundamentally what we’re doing with diet and exercise is adjusting our metabolism back to what we were evolved to be. We weren’t evolved to sit in front of computers all day, we weren’t evolved to have food whenever we want it. Our natural metabolism is based on a lifestyle in which we’re active all day, and we’re hungry most of the time. And nobody wants to do that!”

Rando points out that most work into anti-aging interventions, from supplements to drugs, is essentially aiming to mimic the effect of good diet and exercise.

“We’re targeting a society that doesn’t have an optimized diet and exercise regimen,” he says. “And that’s where it becomes quite personalized – in no way would I recommend that here’s a thing everyone should do. I think there is a bell shaped curve for health, and all of these interventions, whether it’s diet, whether it’s exercise, drugs or biologics, are all really trying to move us towards optimum health.”

“And that’s where the biomarkers come in – if we can find a way to measure where you are on that curve, we could say whether you’re moving in the right direction or in the wrong direction.”