News > AIHereafter: conversations in the afterlife

Hereafter: conversations in the afterlife 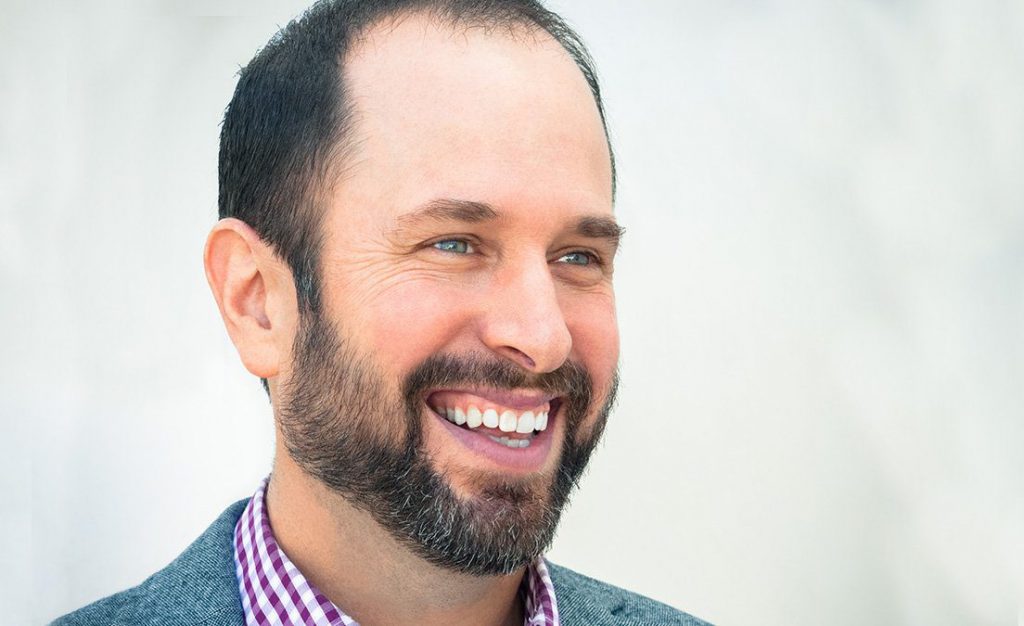 We speak to Dadbot creator James Vlahos about using conversational AI to better remember loved ones who have passed away; a very interesting step towards an (as yet) undefined category of Longevity tech.

We recently wrote about the connection between Longevity and the Singularity, one aspect of which deals with the possibility of uploading our consciousness to the cloud to achieve digital immortality. While we are still a long way from achieving this, the use of technology to address what happens after we die is already very much a reality.

In 2017, James Vlahos made the headlines with his Dadbot project – an AI chatbot built using input from his father after his diagnosis with terminal lung cancer. Fast forward to today and Vlahos is now the founder of Hereafter, an AI platform designed to allow people to have spoken ‘conversations’ with loved ones who have passed away, based on voice recordings taken while they are still alive.

We caught up with Vlahos recently, who explained how the public response to Dadbot gave him the impetus to start Hereafter earlier this year.

“Seeing how the world responded to Dadbot, and hearing from people saying that they wished they had a Dadbot or a MomBot or a SpouseBot to help share the stories of their loved ones,” he says. “At a certain point, it became blindingly obvious that there was a business idea here, there was a clear need. It wasn’t one of these ‘cooked up in start-up school’ kind of ideas, this is a real need – finding a better way to remember people.”

“It’s not Alexa trying to tell your stories, it’s your own voice. And that gives it the authenticity, the emotional connection.”

One of the key things that Hereafter is doing differently is using recorded voice, rather than being text message-based (like Dadbot) or synthesised text-to-speech.

“It’s not Alexa trying to tell your stories, it’s your own voice,” says Vlahos. “And that gives it the authenticity, the emotional connection. It makes it vibrant and alive to know this really is my dad’s voice that I’m hearing, so that has a lot of upsides.”

But this approach also adds more complexity to Hereafter’s mission because the system can only use what’s been recorded by a user.

“The thing that we’re working on very hard right now is that the system can understand what your question is – what is it you’re really trying to know?” says Vlahos. “And then it has the ability to look through all the recorded audio and figure out if there’s an answer within there, so in some senses, it’s an advanced personalised question-answering system.”

Hereafter’s goal is to go further than just answering simple questions and to become much more interactive.

“Whenever you ask somebody to tell a story, even a short story, there’s so much information in it,” explains Vlahos. “There are tangents and it might talk about career, a friend, and something funny, all within like the same one or two minutes story. So the more advanced approach is being able to figure out there may be 20 potential answers contained within this two minute stretch of audio and to be able to flexibly find those and not just rely on what was whatever was originally asked.”

Another key difference between Hereafter and Dadbot is the business requirement to create a scalable product versus the very personal mission that drove Vlahos to create Dadbot.

“I spent nearly a year, on and off, building the Dadbot and everything about it really was customised to his life story,” he says. “But you can’t spend six months to a year per product as a business.”

“I think this technology has the potential to scale and grow even bigger and more complicated and more capable in some ways than what I was able to do on my own personally.”

Despite the need to create a more scalable technology, Vlahos believes that Hereafter has the potential to surpass Dadbot’s capabilities, supported by the expertise of his co-founder and CTO Kevin Bowden, who is completing a PhD in conversational AI and dialogue systems at the University of California, Santa Cruz.

“What’s harder to do is multi-turn conversations because those start to rely on having a knowledge of what’s already been said and a greater maintenance of context, so it just becomes a much more complicated problem,” he says. “So it will be different to Dadbot for sure, but we’re putting more advanced methodology and computational firepower towards this problem. I think this technology has the potential to scale and grow even bigger and more complicated and more capable in some ways than what I was able to do on my own personally.”

Currently, users have to schedule an interview with Hereafter to record the content, but the company is developing an mobile app that will allow stories and thoughts to be recorded by users themselves.

“With the app, if you have a stray memory on a Thursday morning, you can just record that snippet of audio and it goes into your Hereafter,” says Vlahos, indicating that the app should be ready this summer. “The app is going to take a lot of the learnings we’ve had from manually conducting life story interviews, and automate that.”

At the moment, Hereafter uses the Amazon Alexa platform, and so is available on any Alexa-connected device, with availability on Google’s Assistant ecosystem likely to be in place later this year. Having only launched recently, Hereafter is still working out several details, including its pricing model.

“I can’t give you the exact details now because it’s still being finalised, but suffice to say we’re shifting to a model where we give people the option to pay something larger upfront, or pay something much smaller on an ongoing monthly basis,” says Vlahos, adding that the company is looking to raise a seed round financing of $500,000 this year.

“We’re not out to recreate people in some Black Mirror kind of way, we’re trying to find a way to help better remember them. It’s about your legacy, your light shining into the future.”

Vlahos admits that people using Hereafter sometimes have to overcome the discomfort they may feel with addressing the issue of their own mortality or that of a loved one.
“Sometimes people conceptually get it and support it, but there’s maybe a degree of squeamishness because of the whole death issue,” he says. “But usually once the recording starts, they immediately start to realise ‘Oh, this isn’t going to be as hard as I thought it was – this feels really worthwhile to me, I’m glad I’m getting this down so that my descendants can know who I am.’ So there’s that little speed bump up front that you have to get over.”
So does Vlahos see the connection between what he is doing and the idea of the Singularity?
“I get why people go there, but it’s not where my mind takes me on this subject – I think of it more as a product for the living,” he says. “It’s for those of us who are still here. Yes, there can be comfort in knowing that some of your ideas, some of your personality, some of your stories that can carry forward into the future. So maybe that is a form of immortality, but we’re not out to recreate people in some Black Mirror kind of way, we’re trying to find a way to help better remember them. It’s about your legacy, your light shining into the future.”