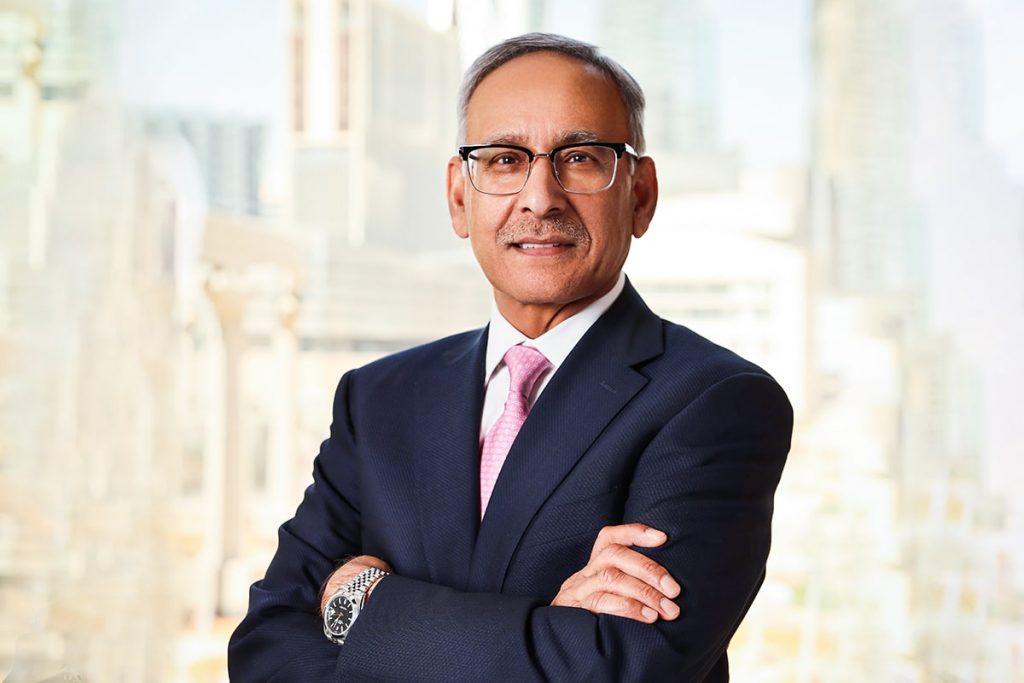 Mehmood Khan says funding scientific research on aging is a key strategy but investments in longevity companies will also be announced soon.

Last week the first, much-anticipated, funding announcements were made by Hevolution Foundation, in the form of two grant funding initiatives with the American Federation for Aging Research (AFAR). The Saudi-backed non-profit organisation has an annual budget of up to $1 billon to spend on fostering “independent research and entrepreneurship in the emerging field of healthspan science.” Or longevity, as we call it.

Longevity.Technology: Some industry watchers may have been underwhelmed at Hevolution’s first funding commitments amounting to just over $10 million or around 1% of its stated annual budget. But, in a field as complex as aging, figuring out where to spend $1 billion for the greatest impact is not a trivial matter. In the first of two articles, we catch up with Hevolution’s CEO Dr Mehmood Khan to get a feel for how the foundation plans to move forward.

Khan explains that it all starts with Hevolution’s vision, which is to extend human healthy lifespan, or healthspan, for the benefit of all.

“First of all, we are very much about extending healthy life, not just lifespan,” he says. “I think if you ask anybody, with rare exception, they don’t want to live longer for the sake of living longer. ‘For the benefit of all’ means not only being all-inclusive, but how do you democratise these technologies and discoveries? If we can’t scale and democratise discoveries, and how to maximise the impact, then we should question ourselves: why are we doing this?”

Khan rails against the approach of finding solutions for very few people that are extremely expensive and can’t be democratised.

So how does Hevolution aim to help the longevity field get there?

“Number one, we need to provide and support the development of the scientific field,” says Khan, who bemoans the huge gap in funding from governments around the world that goes into aging research compared to diseases like cancer, Alzheimer’s and heart disease (most of which are the consequences of aging).

“There’s a log scale, if not two log scales, difference between the funding that goes into understanding how to keep people healthy on a biological level, versus treating the consequences of it. And that gap needs to be filled.”

Another challenge that Khan sees is that most of the funding that is currently available for aging research is very much siloed, both within countries but also within disciplines.

“One institute will fund the biology, and another will fund clinical research – it is not integrated together, for a whole variety of reasons,” he says. “And that all needs to change. The irony is that the largest part of the healthcare budget for all developed countries is age-related diseases. So, we’re already paying for the consequences of this… and it’s only getting bigger because our populations are aging.”

The second part of Hevolution’s mission is focused on how to translate that research and bring it to the market.

“That is going to take putting bets on technologies that are early and also potentially technologies that are going to take longer to mature,” says Khan. “It hasn’t traditionally been the mandate of government or non-profits to fund that, and venture capital isn’t set up as a model to take higher risks that take longer because return on invested capital is a function of time.

“So, who fills that gap? It means we’ve got to do a combination of funding science and funding the translation of that science into the market – with capital.”

When setting up Hevolution, Khan strongly felt that, to achieve all of this with the right incentives, the organisation had to be a non-profit.

“If we were mandated as a for-profit organisation, then it’s going to all be about return on investment back to our investors, and funders, which changes the types of decisions you’ll make,” he says. “To avoid this, you have to create a non-profit organisation, where the mission implementation is about funding science, which has no strings attached. We’re not looking for an equity stake or anything like that – just fund the science, regardless of geographic location, for the benefit of all.”

When it comes to venture capital, Khan says that Hevolution will adopt the rigour of the private sector, but that 100% of profits will be returned to the organisation to fund the science and continue the mission.

“We will not be returning any profits back to our initial funding,” he says. “And so that’s not only what makes us a non-profit, but that’s also what makes us unique. Because there isn’t a return on the profits, we can now look at time horizons, where we can take more risks and create a portfolio, both near-term and longer term, in the right way.”

How to spend $1 billion on aging

The highly complex and multifactorial nature of the aging process means that deciding where Hevolution’s enormous budget should be targeted requires careful consideration.

“Our vision is that we can invest up to a billion dollars a year, but the question now is how do we get there?” says Khan. “The rate-limiting step in this is not the ability to invest or provide scientific research funding, but how to do that responsibly, such that the field can absorb it.  This field needs to grow, and part of that is creating a pipeline of good scientific ideas, a pipeline of talent, and then pull that through into where venture comes in and build companies and then grow those companies.”

Khan says that Hevolution’s research funding and venture capital investment approaches will run in parallel, although how much of that $1 billion budget is allocated to each is not yet determined.

“The mix of those is going to be driven by the opportunities we find and seeing where the gaps are so that we can fill the pipeline at different stages,” he explains. “The worst thing I can do as CEO is to fund things that are poor quality, which then hurt the field because they won’t progress, and then the chance of others following our lead diminishes. But, on the other hand, if we do this responsibly, take the right scientific risks, and the field progresses, my experience tells me a lot of other funding will come.”

“Let me put it this way – if I’ve learned anything, it doesn’t help the party we’re reviewing to comment before a decision is made. It’s unfair to the scientists or the investment company or whomever because it’s not to their benefit. We’re reviewing many things and, when we are done, we’ll make an announcement.”

In addition to all the expected funding and investment announcements, Khan says that Hevolution is also planning to open a US hub, followed by European and Asian hubs thereafter.

“If we’re going to be global, then we have to have a global presence as much to seek new ideas, but also to help shape the conversation.”

READ MORE: Check out the second part of our conversation with Hevolution CEO Mehmood Khan.