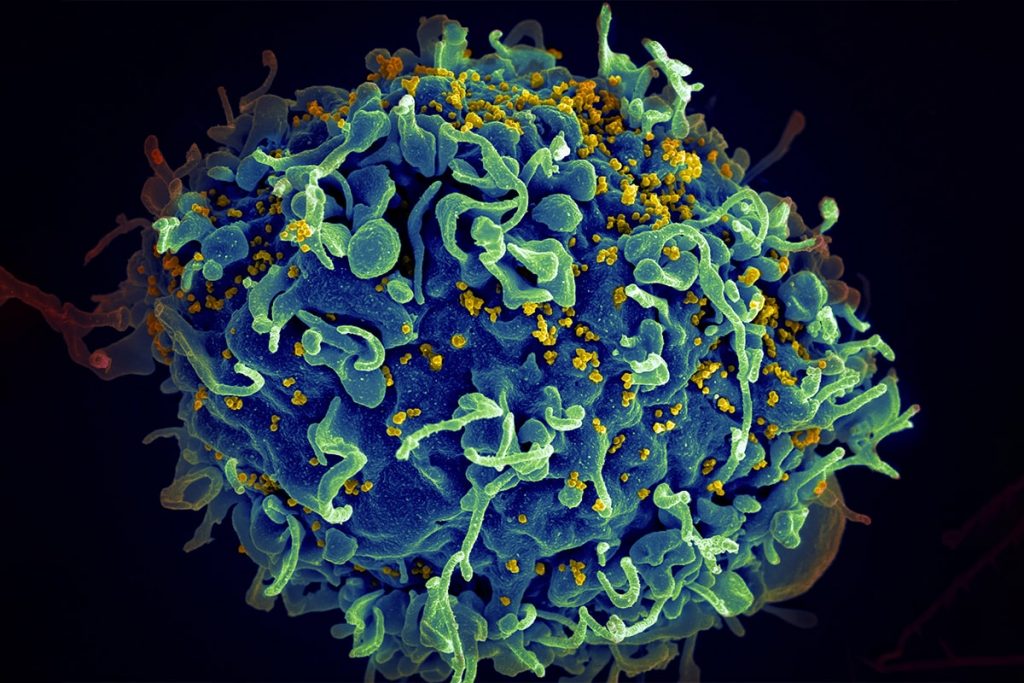 HIV has an “early and substantial” impact on aging in infected people, accelerating biological changes in the body associated with normal aging within just two to three years of infection, according to a study by UCLA researchers and colleagues [1].

Longevity.Technology: That HIV can have an adverse affect on lifespan has been well-documented, but these latest findings suggest that new HIV infection may rapidly cut nearly five years off an individual’s life span relative to an uninfected person. Understanding the mechanism behind this accelerated aging process may not only further HIV research, but could feed into other work exploring epigenetic aging and the part DNA methylation plays.

“Our work demonstrates that even in the early months and years of living with HIV, the virus has already set into motion an accelerated aging process at the DNA level,” said lead author Elizabeth Crabb Breen, a professor emerita at UCLA’s Cousins Center for Psychoneuroimmunology and of psychiatry and biobehavioral sciences at the David Geffen School of Medicine at UCLA.

“This emphasizes the critical importance of early HIV diagnosis and an awareness of aging-related problems, as well as the value of preventing HIV infection in the first place [2].”

The study has been published in the peer-reviewed journal iScience and builds on previous research that suggest HIV and antiretroviral therapies used to keep the infection under control are associated with an earlier onset of age-related conditions typically associated with aging, such as heart and kidney disease, frailty, and cognitive difficulties.

The research team analysed stored blood samples from 102 men collected six months or less before they became infected with HIV and again two to three years after infection. They compared these with matching samples from 102 non-infected men of the same age taken over the same time period. All the men in this study, which the authors say is the first to match infected and non-infected people in this way, were originally participants in the Multicenter AIDS Cohort Study, an ongoing nationwide study initiated in 1984.

The researchers focused on how HIV affects epigenetic DNA methylation, a process cells use to turn genes on or off in the course of normal physiological changes. Epigenetic changes are those made in response to the influence of environment, people’s behaviours or other outside factors – such as disease – that affect how genes behave without changing the genes themselves.

The team examined five epigenetic measures of aging. Four of them are what are known as epigenetic clocks, each of which uses a slightly different approach to estimate biological age acceleration in years, relative to chronologic age. The fifth measure assessed the length of telomeres, the protective cap-like ends of chromosomes that become progressively shorter with age as cells divide, until they become so short that division is no longer possible.

HIV-infected individuals showed significant age acceleration in each of the four epigenetic clock measurements – ranging from 1.9 to 4.8 years – as well as telomere shortening over the period beginning just before infection and ending two to three years after, in the absence of highly active antiretroviral treatment. Similar age acceleration was not seen in the non-infected participants over the same time interval.

“Our access to rare, well-characterized samples allowed us to design this study in a way that leaves little doubt about the role of HIV in eliciting biological signatures of early aging,” said senior author Beth Jamieson, a professor in the division of hematology and oncology at the Geffen School.

“Our long-term goal is to determine whether we can use any of these signatures to predict whether an individual is at increased risk for specific aging-related disease outcomes, thus exposing new targets for intervention therapeutics [2].”

The researchers noted some limitations to the study. It included only men, so results may not be applicable to women. In addition, the number of non-white participants was small, and the sample size was insufficient to take into consideration later effects of highly active antiretroviral treatment or to predict clinical outcomes.

There is still no consensus on what constitutes normal aging or how to define it, the researchers wrote.

The Multicenter AIDS Cohort Study, or MACS, is a large-scale research project that uses demographic factors, habits, disease history and sexual history among men who have sex with men to examine the natural and treated history of HIV infection and AIDS. It is one of the few cohort studies in the world to have biological samples available both before and after documented HIV infection in the same individuals. In 2019, MACS was combined with the Women’s Interagency HIV Study to form the MACS/WIHS Combined Cohort Study, or MWCCS.