Humanity adds nutrition to app that helps slow your aging 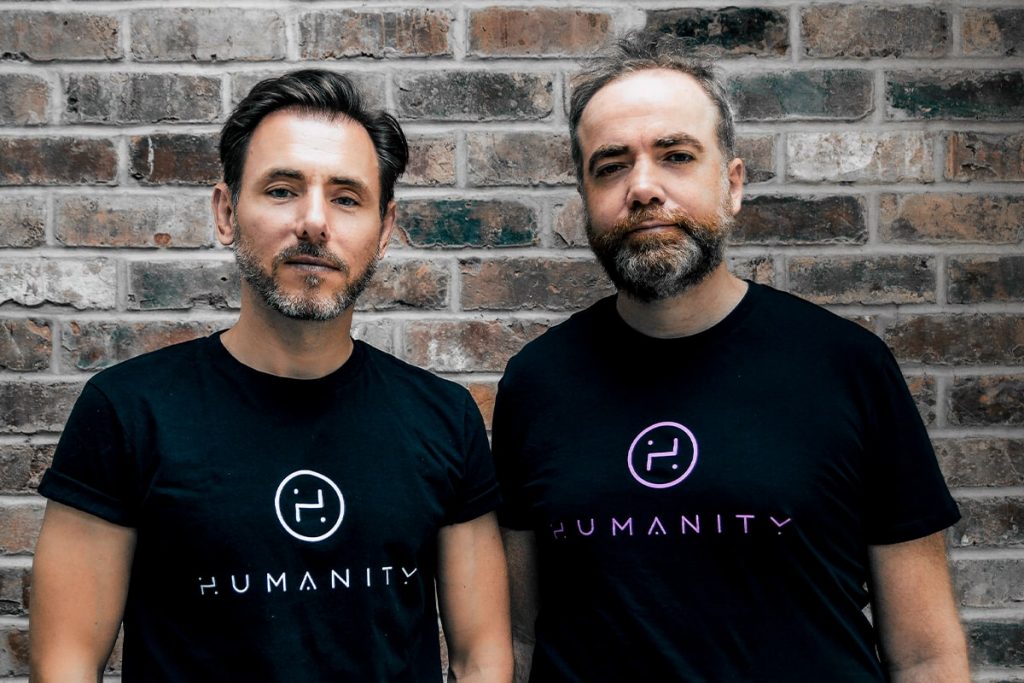 Longevity app’s co-founder explains why when you eat is just as important as what you eat when trying to slow aging and reduce your biological age.

Following its launch in August this year, Humanity, the app designed to help you slow or even reverse your rate of aging, has already amassed more than 30,000 users. It calculates your rate of aging and biological age by drawing on data from your smartphone and wearable devices to track biomarkers such as heart rate, step rate, sleep and activity.

In addition to movement, mind and recovery categories, the app recently launched the first iteration of its nutrition component, as it seeks to deliver “more predictive and more personalised” results for its users.

Longevity.Technology: Digital health apps are all the rage these days but Humanity sets itself apart with its primary focus on enabling users to find out what type and amount of actions they need to do to slow or even reverse their rate of aging, and ultimately lower their biological age. Nutrition is key to our longevity, so it’s no surprise that Humanity has added this new element to its app, and we caught up with the company’s co-founder and CEO Pete Ward to learn more.

While many nutrition apps focus on tracking what you eat, Humanity has initially opted to simply allow users to track when they eat.

“We’ve been really careful about what we introduce in nutrition, so we’re doing it in stages,” says Ward, who co-founded Humanity with fellow consumer tech entrepreneur Michael Geer. “The reason we started with the timing of eating is because it’s probably the simplest and most profound change people can make – no matter what their diet – that can really have an effect on their healthspan and lifespan.”

Helping everyone benefit from fasting

There is plenty of evidence out there that indicates the longevity benefits of fasting, and Humanity has identified this area as a potential quick win for users, with the goal of bringing new “habit-forming capabilities” to the mass market.

“We’re not an app for the extreme fitness types, we’re targeting the mainstream user so that we can bring everyone to this superpower of fasting,” says Ward. “We want to make everyone realise that we all fast, we just don’t necessarily fast for that long. If we eat until 8pm and then we eat again at 8am, then we have a 12 hour fasting window. So why don’t we just try extending that window to see what effect it has on how you feel, and how it affects your aging? 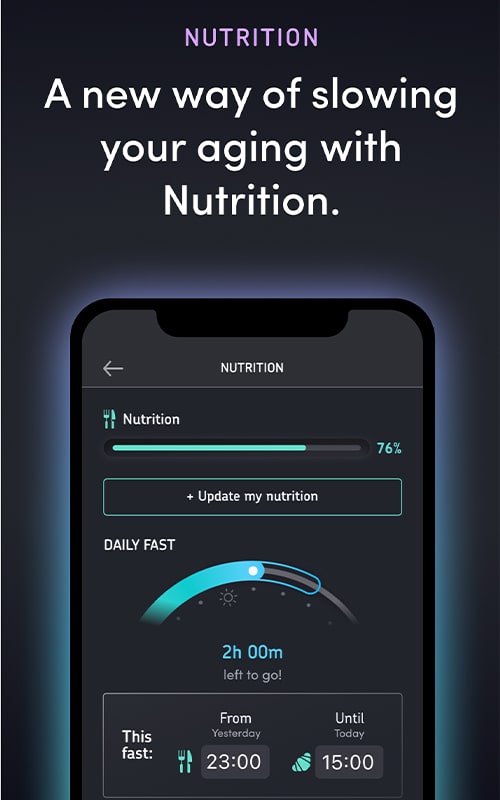 “It’s important to remember that we are all different. We built Humanity to be a tool for users to find out what works specifically for them to slow their aging. With the first version of nutrition, you can now find out your optimal daily fast time, how many snacks, if any, and how many meals a day, is the optimal combination for you to slow your aging and thus stay healthy for longer. It’s important to give your body the fasting time to trigger autophagy, trigger the survival circuit in the cells to create the rejuvenation process, and also reduce the number of insulin spikes during the day, which is known to be effective.”

The nutrition component of Humanity also offers some other options to track numbers of snacks and meals, but the goal is to keep things as simple as possible for now.

“These are already quite big shifts in the way people think about food and we’re giving them a lot less to have to worry about,” says Ward. “It’s a completely different paradigm to what a lot of nutritionists focus on, such as how many micros and macros you’re having, or if you’re having the right amount of proteins, carbs or fats, which have a different priority focus, maybe muscle gain or fat loss.

“We don’t want people to have to track every single time they have a handful of peas or a lump of mashed potato. We’re not focused on that, we’re focused on healthspan.”

More than one path to longevity

When Humanity expands its nutrition category to include food types in the future, Ward says that the app’s focus on healthspan will remain.

“Rather than micros and macros, we’ll be much more about looking at what you include in your diet, and, perhaps more importantly, what you don’t include. For example, processed food versus wholefood is a very important definition. So there are many reasons to unpick what’s actually important, versus things that a lot of the apps are claiming to be important.”

Ward is keen to point out that the whole point of Humanity is that there isn’t just one path to healthy longevity.

“People get scared off because they think they need to start running marathons and do a keto diet, and adding all these extra things to their life, when there are actually many simple ways to achieve a good healthy balance, which will have a massive effect if you maintain those things over time.

“We’re trying to give people a sense that there are different ways to improve how they’re aging, but also to see what’s working. Because if you’re aging faster than you think you should be, then that’s based on a real set of data, where we’re comparing your signature with people who actually got sick and died. You can choose to ignore that if you wish, or you can choose to actually listen to that and do something about it and maybe experiment a little bit to see what works for you.”

The Humanity app aims to help people understand what actions are working to slow or reverse aging by combining data collected on their actions relating to movement, nutrition, mind and recovery. “We then extrapolate that against the aging models that have been validated against longitudinal data sets of real people in the real world, thanks to UK Biobank and other datasets out there that we’ve been able to access,” says Ward. “Through the combinatorial effect of knowing all of these different attributes (predictors) that we have on you, we can build a phenotypical view of what you are most closely similar to in terms of clusters of people. We can then look at that cluster, and see who are those who have the healthiest aging, the lowest biological age, the slowest biological rate of aging over time. What is it that they’re doing?”

Humanity then essentially maps the optimum combinations from the cluster to your own specific data and uses machine learning frameworks, such as causal inference, to look at the combinatorial factors and plot a path designed to get you to the desired end state – i.e. to slow or reverse your rate of aging.

And, just as Google Maps will recalculate your route if you miss a turn, so too Humanity can adapt to our inevitable missed turns on the path to improved longevity.

“Depending on what you do, in any given moment on a day, we can already tell you the most likely thing, based on our current datasets, that you could do to have the most positive effect,” says Ward. “We’re just increasing your probability of slowing your aging. We don’t say that if you do this, you will slow your rate of aging by this amount just yet, but what we are saying is that, based on our current understanding, this is the thing that is most effective to slow your aging. And if you don’t do this, here is the next most effective thing.

“We all want to understand what actions we should be taking to be healthier. What we didn’t have before is what’s working or not. With Humanity, you not only get to see what effect your actions are having on your rate of aging, but you also get to understand your biological age and how that’s changing.”