News > Features“In a week, we can tell if something slows aging” 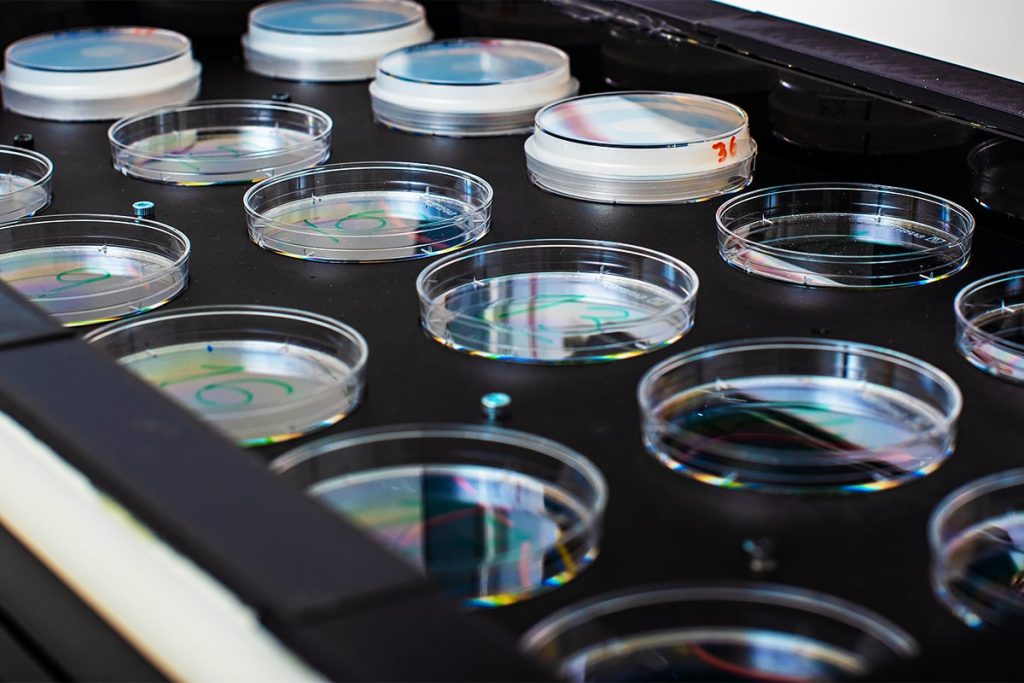 The early-stage development of many age-targeting compounds often involves studies of their effects on the lifespan of the transparent nematode (worm) model Caenorhabditis elegans. A highly manual process, this exercise is time-consuming and only produces data on one endpoint – lifespan.

Durham University associate professors David Weinkove and Chris Saunter invented a technology that automates measurements of movement in many large populations of worms simultaneously. Crucially, this technology goes beyond measuring lifespan, also capturing information about how worms’ health declines as they age – their healthspan.

Longevity.Technology: Together, Weinkove and Saunter have co-founded a spinout company called Magnitude Biosciences, leveraging their innovative platform to test drugs and other interventions for their capacity to prolong healthspan. We caught up with Weinkove to learn more about the background to the company and where it goes from here.

Over the course of more than 20 years of studying C elegans alongside the likes of renowned aging researchers like UCL professors Linda Partridge and David Gems, Weinkove was all too familiar with the time-consuming and highly manual nature of worm studies.

“I moved to Durham University in 2008 and got some funding to screen a whole collection of E coli mutants to see how they affected aging and try and understand the mechanism of why that happened,” he says. “It’s quite a lot of work to look at aging in worms – you’ve got more than 100 worms, you have to pick them all, you have to score them all manually. And we wanted to screen through a library of at least 1,000 E coli strains.”

This took two researchers working full time for nine months to accomplish. And, although the project was successful in that it identified some genes that were implicated in aging, Weinkove became convinced that the screening process itself needed attention.

“The screen was such a lot of work it made me think we’ve got to be able to do this faster and in a less manual way,” he says. “And that’s what led to the collaboration with my co-founder Chris Saunter. Together with a postdoc, Craig Manning, we started to develop technology to monitor how the worms age without having to do it in such a laborious way.”

Some technological approaches to this challenge already existed, such as using adapted flatbed scanners to monitor the lifespan of the worms.

“Some labs have done some great work with the flatbed scanner technology, but it wasn’t scalable enough for the kind of thing that we wanted to do,” says Weinkove. “And it only provides one data point per animal – its time of death. It doesn’t tell you about the health of the animal or what happens to the animal on its path to death. We wanted to get more of that kind of information, and we also wanted to do it faster.”

The Durham researchers took a different approach, with a camera on each petri dish to monitor the worms’ movement.

“Rather than looking at like individual worms, we’re looking at the whole population to see how movement changes over time,” explains Weinkove. “And we’ve done it in a relatively low-tech way, using Raspberry Pi computers and an array of small cameras. Thereby, we keep it very simple, no moving parts.”

Using this approach, the system can observe a consistent decline in worm motion – consistent with aging.

“We’ve seen that aging starts after around two days of adulthood, and then we can observe them slowing down,” says Weinkove. “Anyone who is used to doing those lifespan assays knows that, if you come back to your worms a week later, they’re much slower. When you’re looking through a microscope, you can’t measure that decline. But we can.”

Beyond being able to measure effects on healthspan, Weinkove explains that this automated approach to mobility tracking also improves worm studies in other ways. In particular, it addresses the risk of operator variability associated with a manual approach, which reduces reproducibility of results.

“Our automated approach is much faster and provides more consistent results, minimising the time taken to do an experiment and how many experiments are needed,” he says. “It also standardises the environment, thus standardising the data acquisition and causing no disruption to the worms.”

The researchers then realised there was an opportunity to commercialise the technology.

“Our original thought was to sell the technology, but then we thought was much better to provide a service, because it allows us to reach people that don’t have C elegans experience,” says Weinkove. “Our lab at Magnitude is very different from the average C elegans academic lab. It’s really well organised and systematic – we make sure that everything everything’s done at the same time and the same way every week, so we have very consistent control of our worms.”

From academia to start-ups

Since setting up Magnitude Biosciences in late 2018, the company hasn’t looked back and already more than 30 clients around the world, including longevity focused start-ups like Five Alarm Bio and Samsara Therapeutics, as well as supplements companies and those working on microbial interventions.

“We started off working mostly with academics but now we’re working mostly with companies, not just in the aging field,” says Weinkove. “But the aging field is a booming sector for us – there isn’t really another quick, cell-based way to screen if something slows aging. In a week, we can tell if something is slowing aging, so I think that’s why we’ve got a lot of traction in the longevity world, because we can actually test things to see if they slow aging.”

So where does Magnitude go from here?

“It is relatively early days for this technology but we’re already developing new versions of it,” says Weinkove. “Our current system has around 100 cameras to monitor around 3000 worms every week. But we’re developing a new version of that technology, which is going to add at least another 200 cameras to make things more scalable so we can do more studies faster.”