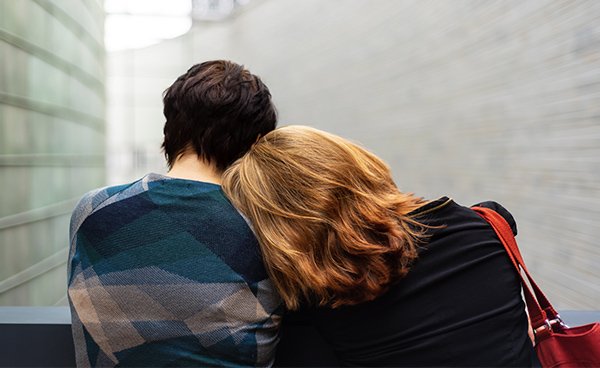 On World Suicide Prevention Day, it’s time to reflect why mental health is as important to longevity as physical health.

Longevity is about extending lifespan and improving the health and happiness of that extended lifespan. We often report on the physical and biological obstacles to longevity and what research and investment is being undertaken to overcome them, but there are emotional obstacles too.

Longevity.Technology: More than 700 000 people die by suicide every year – that’s one person every 40 seconds; despite increasing prevention efforts, it is predicted that 2020’s total will be up to 1.53 million. We need to do better. Better research into suicidal behaviours, triggers, support and biological susceptibility is crucial.

When we talk about suicide on Longevity.Technology, we usually mean apoptosis, or cellular suicide, the normal, programmed process of cellular self-destruction that happens when a cell comes to the end of its life, terminates itself and its component chemicals are recycled by the body. However, today is World Suicide Prevention Day (Friday, 10th September 2021), and with this year’s international theme designated Creating Hope Through Action, we thought we would draw attention to this important cause by looking at some of the intersections between mental health, wellness, suicide and longevity. It’s too important not to.

The World Health Organization indicates there is a 10-25 year life expectancy reduction in patients with severe mental disorders, and a 1.8 times higher risk of dying associated with depression. And an Oxford University study found that many mental illnesses reduce life expectancy more than heavy smoking.

Earlier this year, we reported on Christian Angermayer’s new $120 million fund focused on investing in mental health ventures. Called re.Mind Capital, the fund is part of Angermayer’s wish to “double down on his efforts to improve global mental health” and to address what the investor calls the “number one disease of the 21st century.”

The new fund will make “minority venture investments across the full scope of approaches to improving our mental health, from drug development to digital therapeutics, to clinic models, to brain-computer interfaces (BCI),” and has already invested in neurotech firm Blackrock Neurotech, which received a $10 million funding round from re.Mind.

Clearly this research is in its infancy, but a test that could identify short telomeres and flag those who might be at risk ensuring greater support could help prevent emotional crises becoming unbearable.

People with ADHD are twice as likely to die prematurely and have a lower life expectancy; studies have suggested that ADHD may increase suicide risk due to its comorbidities, but ADHD itself seems to increase the prevalence of suicidal behaviours and being at a greater risk of attempting and completing suicide. This is another area where mental health support could increase longevity, particularly crucial in a group already hindered by lower life expectancy.

Mental ill-health is a known risk factor for suicide mortality, but the relationship between physical ill-health and suicide is more opaque. Being in poor health or in pain can affect your mental health, and a recent study found that individuals with a lot of activity limitation were over three times more likely to die by suicide. The relationship between activity limitation and suicide was most pronounced at younger ages (18–34 years).

“This study suggests that it is the effect that physical illness has on a person’s life, in terms of disruption to daily activity, rather than the number of conditions that predicts suicide risk, especially at younger ages. Improved awareness and better management of mental wellbeing of individuals with physical health conditions may help to reduce suicides, especially in younger people [1].”

If someone you know is struggling emotionally or having a hard time, you can be the difference in getting them the help they need. By looking out for each other, and reaching out to those in need, we can all help foster longevity, wellness and happiness.