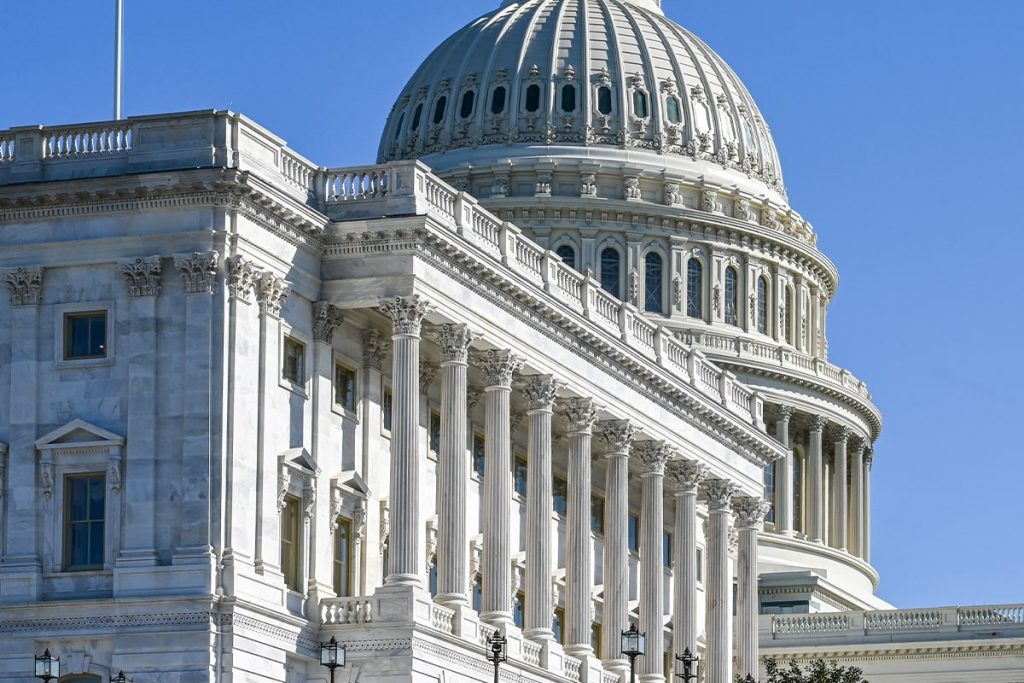 “Increasing healthy human lifespan is something worth fighting to achieve – it’s our goal to make policymakers see the light.”

Yesterday we ran the first part of our interview with Dylan Livingston, the Founder and President of the Alliance for Longevity Initiatives (A4LI), in which he discussed the inspiration for and beginnings of the Alliance. Today we dive into the role politicians can play, the need for a longevity bill and driving awareness.

Longevity.Technology: The Alliance for Longevity Initiatives are all about advancing legislation and policies that aim to increase healthy human lifespan, and their goal is to create social and political action around the issues of combating age-related chronic conditions and increasing the number of healthy, disease-free years we experience.

The organisation’s most immediate goal is to set up a Longevity Caucus in Congress. Over the next year and beyond, the organisation will be reaching out to Congresspeople, specifically those who have longevity companies in their Congressional Districts, to get this caucus set up. The goal of the Longevity Caucus is to a) create a safe place in Congress for future policy reform the A4LI suggests and b) identify to the broader longevity community who their most ardent supporters are in Congress, so the A4LI can work to keep them in office.

The A4LI’s second goal is to advocate for the establishment of the Advanced Research Projects Agency for Health (ARPA-H), which is a DARPA-inspired initiative for healthcare innovations. (DARPA, of course, has a string of credits to its name, including involvment in the internet, GPS and satellite technology, to name a few.)

“The hope is that ARPA-H, using the same independent, non-bureaucratic model of DARPA, can help create next-generation breakthroughs in healthcare,” says Livingston. “Specifically, we will advocate for increasing the levels of funding to ARPA-H, while also making sure that at least a portion of the program managers have a geroscience and regenerative medicine focused background and/or goal. ARPA-H must be focused on the highest reward medical research endeavors, and those are in geroscience and regenerative medicine.”

The A4LI’s long-term goal is to get a standalone “Longevity Initiatives Bill”.

“With one stroke of the pen, this bill would commit significant government resources to the issues of longevity medicine drug development,” Livingston says. “This bill must be a standalone bill with the word “longevity” in it – putting the longevity industry on the radar of laypeople which, I believe, will help drive more awareness and investment to the scientists and drug/therapeutics discoverers.”

The A4LI is hoping to get the bill passed in the next couple of years, giving them time to nail down the specifics.

“It’s still very much in beta, but ultimately, we want this bill to pressure the US government to focus on and care about increasing healthy human lifespan within its citizenry,” explains Livingston. “My hope is that from a Longevity Initiatives Bill, we can get the US government to put a specific goal on life expectancy in the US, something like the average Health-Adjusted Life Expectancy (HALE, a good measure of the populations average healthspan) in the US is 85 by 2035.

“We have governmental goals like that for climate change, for GDP, for poverty rates, etc., and it makes absolutely no sense to me that we don’t have similar goals for health metrics like HALE. The A4LI is looking to change that.”

The Alliance is funded through sponsorships, memberships and donations with fundraisers also in the offing. Currently, the Methuselah Foundation is the A4LI’s biggest public sponsor, and there are also other sponsors, like Foresight Institute and Cambrian Biopharma, who have representation on the board. Securing significant financing is part of a much bigger picture.

“If longevity is going to be a political issue that receives the same attention as things like gun laws or abortion rights, we need to create a 501(c)(4) organization that draws revenue on par with the 501(c)(4)’s representing those spaces,” explains Livingston. “For the record, the 501(c)(4) in the gun rights space is the NRA and for abortion rights in Planned Parenthood, which are two extremely prominent and robustly funded organizations with annual revenues in the 9-10 digit range.

Livingston hopes the Alliance can become a grassroots campaign that really reaches far and wide, driving a massive number of small dollar donations; but for now, it is going to rely on the companies and other non-profits in the longevity space that want to see these reforms happen to really get it started.

“I’m putting out a call to action to everybody reading: get involved with the A4LI because the only way that politicians are going to listen to us is if enough people demand change,” he says.

The movement to classify aging as a disease is gaining momentum from both scientists and longevity enthusiasts, with some people feeling that distinguising between aging and its underlying causes makes it harder to get funding for age-related research. But the FDA isn’t in the A4Li’s lobbying sights – well, not yet.

“We’ve come to understand that the FDA is a very rigid institution,” Livingston explains. “And, you know, you only get one chance to make a first impression. We want to make sure that we’re in the right spot, with a proven track record of success with some of our other longevity-focused political initiatives before we attempt anything with the FDA. Also, I personally feel a lot more comfortable referring to aging as a condition rather than a disease, mainly for public relations reasons. Most laypeople I’ve discussed the idea of aging as a disease are uncomfortable with that concept, particularly younger laypeople. We are trying to win a public relations game here, and messaging matters.”

Livingston feels that longevity companies in the US have done a great job developing therapeutics that circumvent the aging-as-a-disease dilemma by creating drugs for age-related diseases and conditions that can then be scaled for aging in general.

“This means that reforming the FDA is something that we can hold off on until we’re a little bigger, and we have some more influence in Congress,” he says. “Also, as the science becomes more mature and recognized, as biomarkers for aging become more standardized throughout the industry, as more money is invested into this field, the argument for treating aging as a disease/condition will become more undeniable.”

Politicians are key to the A4LI’s activities; Livingston explains he sees them as allies of the community and wants them to realise that targeting aging is the pathway to defeating age-related diseases and increasing healthy human lifespan and the economic prospects that come along with increasing healthy longevity.

“More specifically though, we want to get a longevity bill passed, so we will work with staffers to draft legislation,” Livingston adds. “We also want to get these Congresspeople to appropriately fund ARPA-H, with a focus on geroscience and regenerative medicine focused program managers.”

The Alliance will also call for increasing appropriations to the NIA, Division of Aging Biology, which is, says Livingston “severely underfunded”.

“It has the potential to be transformative because every dollar spent on aging research is a dollar for all age-related diseases research,” he says. “Right now, though, the first step is to create a foundation and find some friends of the longevity industry in Congress who can work to reallocate money to agencies that have a chance to help geroscience and regenerative medicine drug discovery.

“Our goal is to create a wide-reaching coalition of the top scientists, investors, advocates and thought leaders in longevity medicine and use the coalition to more effectively demand change from politicians. Increasing healthy human lifespan is something worth fighting to achieve, for many reasons, and it’s our goal to make policymakers see the light.”

The Alliance for Longevity Initiatives is hosting a panel event on 9th December. Former Congressman Steve Israel  (a Democratic politician from New York) will be on the panel, bringing a Democratic politician’s perspective, and Drs Dina Radenkovic and Nir Barzilai and the Chair of the A4LI’s Board of Directors, Sonia Arrison, will be joining him. Visit the Alliance for Longevity Initiatives’ website for further details and to register.
The A4LI is raising funding on Gitcoin – find out more.