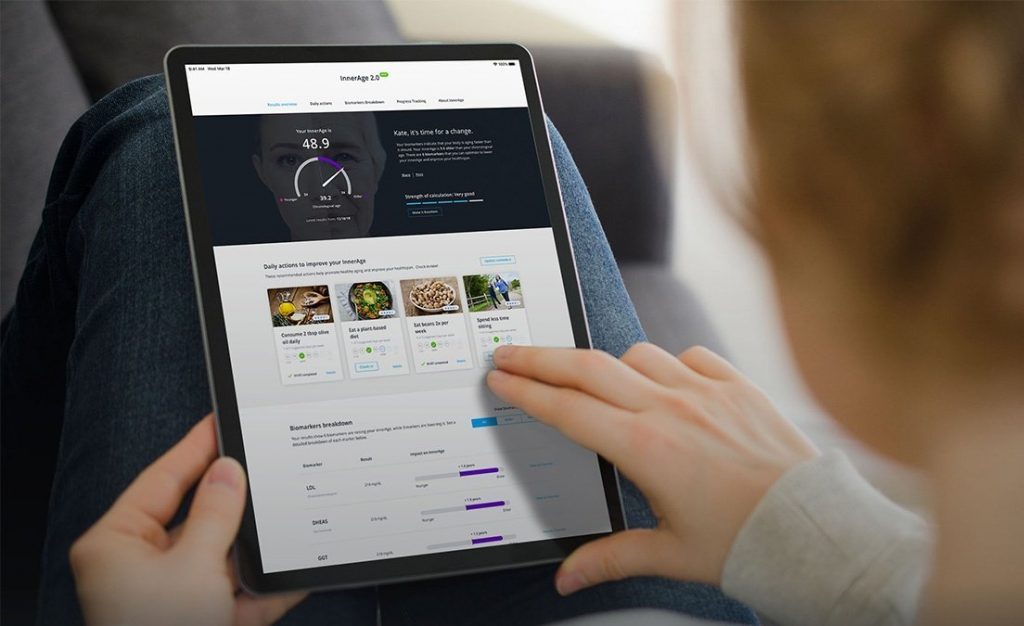 If you want accurate data to start, and then track, your healthspan/lifespan interventions – InsideTracker could be just what you’re looking for.

US startup InsideTracker was founded in 2009 by leading scientists in aging, genetics, and biometric data from MIT, Tufts, and Harvard. Its mission is two-fold: first, to offer its users a clearer picture (than they’ve ever had before) of what’s going on inside their bodies, and then to provide them with concrete, personalised, trackable action plans for living a longer, healthier life.

Longevity.Technology: With an advisory board boasting the likes of David Sinclair, PhD and Dr Leonard Guarente, it’s no surprise that InsideTracker is viewed as one of the hottest consumer Longevity products. We caught up with the company’s founder, Dr Gil Blander to find out more about InsideTracker and the recent update to its biological age feature, InnerAge.

Longevity.Technology readers can get 20% off InsideTracker, plus InnerAge 2.0 for free.

The first step is a test. Users can either order their blood and DNA tests from the company’s web site or upload their results from recent tests by a third-party. They also fill out an online questionnaire to provide additional information relating to their nutrition, habits, and lifestyle. All this data, including up to 45 key blood biomarkers, is then analysed using InsideTracker’s patented algorithm, and results in a detailed action plan delivered via the web site and a mobile app.

InsideTracker now includes Fitbit health tracker integration, with Garmin and Apple Watch coming soon, providing access to a wealth of additional, real-time information on which to base its recommendations. In addition, the company recently launched InnerAge 2.0 – its new and improved personalised nutrition tool for healthspan optimisation based on biological age.

“We see the human body as a machine,” says Dr Blander. “Fine-tuning it will not only allow it to perform better now, but also to perform longer into the future.”

Through his work at the Weizmann Institute of Science and MIT, Dr Blander is recognised worldwide for his research in the biology of aging and translating research discoveries into new ways of detecting and preventing age-related conditions.

This early passion for Longevity has driven Dr Blander throughout his career, and ultimately led to the idea that spawned InsideTracker. During his time at computational systems biology company Genstruct, he conducted extensive research into drugs that mimic the effects of caloric restriction and came to the conclusion that nutrition had much greater potential for delivering results than drugs.

“We have at least 1,000 different food items that are available to us, but if you look at the average person in the world, in the average week, we consume only 20 of those,” explains Dr Blander. “So let’s use the food as a drug of choice, let’s try to understand what the unique issues are for each person. And, based on that, let’s create a plan for you that is focused mainly on food, but also if needed, supplements, exercise, and lifestyle changes that will allow you to optimize your healthspan. So that was the idea behind InsideTracker.”

To achieve his aim, Dr Blander knew that he needed biomarkers. Lots of biomarkers.
“We realized that blood is the best thing to look at because it has a long history of data in peer-reviewed scientific publications,” he says. “So we developed InsideTracker based on around 45 blood biomarkers that we have today. And these biomarkers are given an optimal range for each person based on age, gender, ethnicity, athletic activity, and so on.” 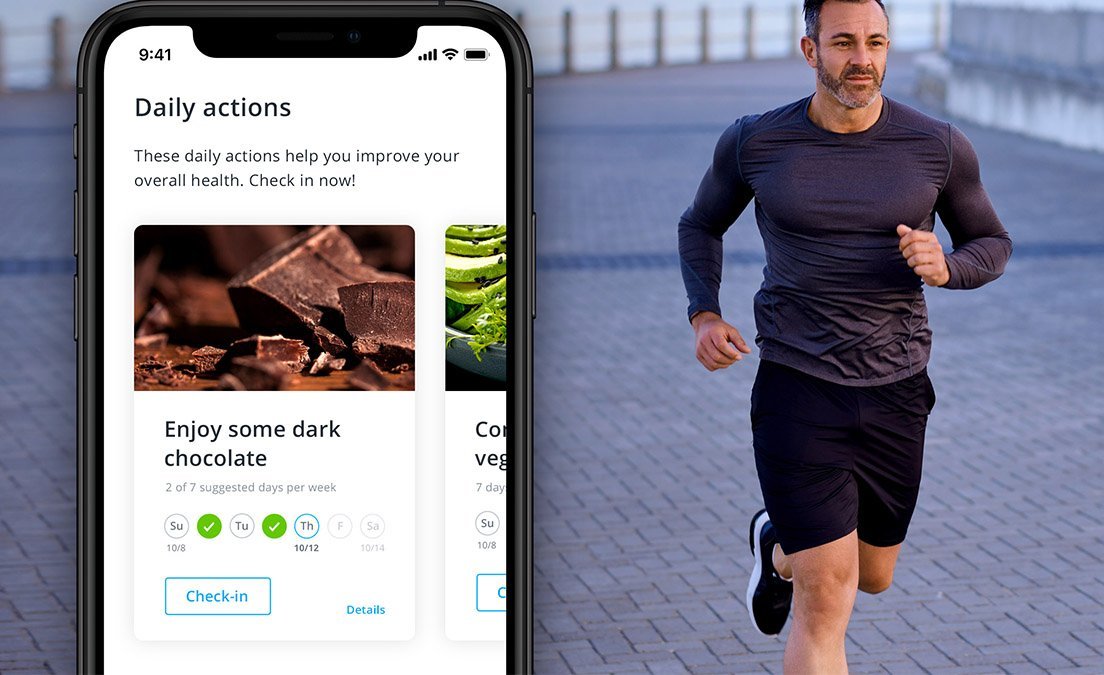 Looking at multiple biomarkers is key, as Dr Blander explains.
“For example, consider someone with low vitamin B12 but high LDL cholesterol,” he says. “You can increase B12 eating red meat, but red meat is not good for LDL so InsideTracker will give you a different recommendation.”

While he was sure that InsideTracker was realising it’s mission and people to live a longer, healthier life, Dr Blander, a self-described “Longevity freak”, wanted to be sure. Working on this challenge with David Sinclair and Leonard Guarente led to the development in 2015 of InnerAge – a measure of biological age.

“Initially, we found five blood biomarkers and a few physiological markers such as BMI and activity that are basically correlated with aging,” Dr Blander says. “We looked at the contribution of each of these markers, and then we combine it together to one number that we called InnerAge.”

Then in 2020, having collected a wealth of data from its predominantly healthy users, the company released InnerAge 2.0, which now incorporates 14 biomarkers for women and 18 biomarkers for men that are closely correlated with age.

“If you look at the literature, a lot of the studies are done on sick people, but InnerAge 2.0 is based on data from InsideTracker users – a very healthy population overall,” says Dr Blander. “I think it’s fair to say that we have the biggest database of blood biomarker data of free-living, healthy people in the world. Healthier populations tend to have healthier average levels of biomarkers at every given age, so InnerAge 2.0 sets a higher standard.”

Longevity.Technology readers can get 20% off InsideTracker, plus InnerAge 2.0 for free.

InsideTracker’s user base has been growing steadily since its inception 11 years ago. And Dr Blander sees no reason why what’s working for his current customers won’t also work for people from all walks of life.

“We have worked with the highest human performance experts and subjects, from special operations military personnel to the podium strength and endurance athletes,” he says. “But we work every day to bring our science and insights to improve healthspan for all the people who are ready to take control and want to know what they can do to improve their body’s performance and its longevity. That is why I started the company.”