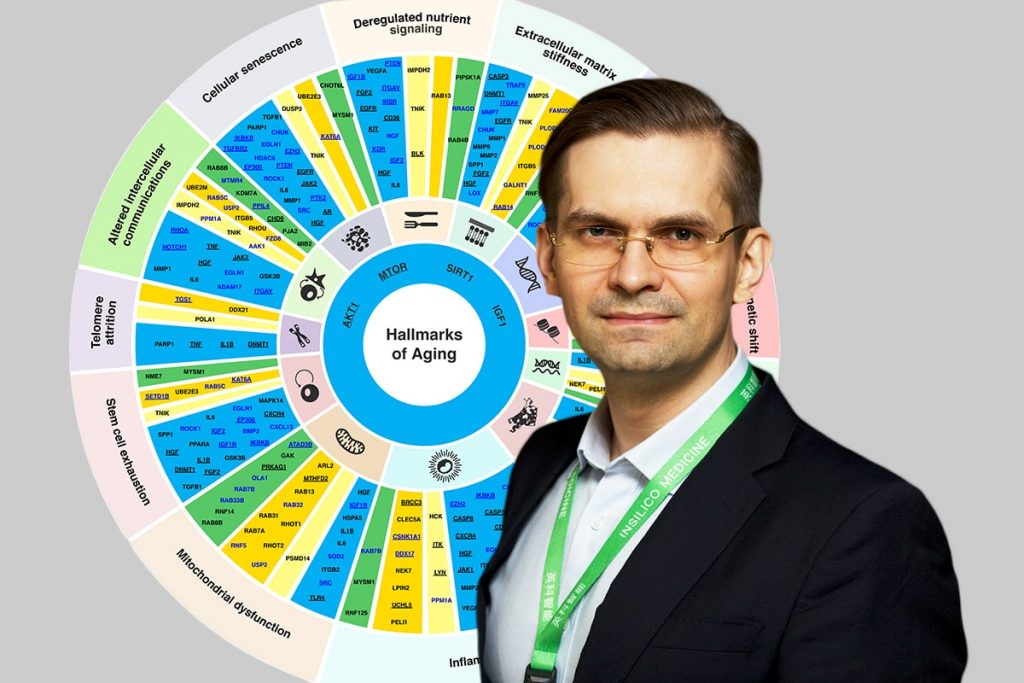 Identifying dual-purpose therapeutic targets that are implicated in aging and disease will extend healthspan and delay age-related health issues.

Insilico Medicine, a clinical stage end-to-end artificial intelligence (AI)-driven drug discovery company, today announced that it has successfully established a unique approach to identify potential dual-purpose therapeutic targets of aging and age-associated diseases with PandaOmics, its proprietary AI-enabled biological target discovery platform. The research was published in Aging and moved at a rapid pace – from conceptualisation to paper submission, the whole process was accomplished in two months.

Longevity.Technology: People worldwide are living longer. According to WHO, one in six people in the world will be aged 60 years or over by 2030. However, aging increases vulnerability to a wide range of human disorders, including cancers, diabetes, cardiovascular diseases and neurodegenerative diseases. Roughly two-thirds of the 150,000 people who die each day globally suffer from age-associated diseases.

Recent aging research suggests that targeting the aging process itself could ameliorate many age-related pathologies. The research proposed by Insilico’s scientists aims to leverage AI to identify potential targets that are implicated in multiple age-associated diseases and also play a role in the basic biology of aging, which may have substantial benefits for the discovery and development of therapeutics for both aging and age-associated diseases.

“Developing interventions that target multiple age-associated diseases and aging itself could result in unprecedented health benefits by not only treating disease but also extending healthspan and providing for more fresh drug repurposing candidates” said Alex Zhavoronkov PhD, CEO of Insilico Medicine. “The current study also demonstrated the power of PandaOmics AI-powered target discovery platform to identify novel dual-purpose targets not only for specific disorders but across multiple types of diseases in a cost-saving and time-efficient manner.”
A list of potential therapeutic dual-purpose aging targets for drug discovery was disclosed in the paper.

Many diseases are very heterogeneous when it comes to targets, especially in the course of the disease. It is extremely difficult to treat a big population with a single targeted drug or even a combination. The most recent data shows that the aged population (≥50 years old) accounts for 77% of global deaths, of which the majority cause is related to age-associated diseases such as cardiovascular diseases, cancers, diabetes and other neurodegenerative disorders. It suggests that aging plays an important role in different diseases. 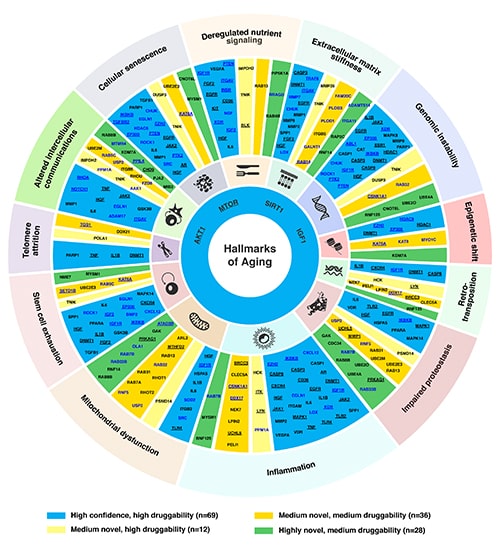 A substantial percentage of the human clinical trials, including those evaluating investigational anti-aging drugs, fail in Phase II, a phase where the efficacy of the drug is tested. This poor success is in part due to inadequate target choice and the inability to identify a group of patients who will most likely respond to specific agents. This challenge is further complicated by the differences in the biological age of the patients, as the importance of therapeutic targets varies between the age groups. Unfortunately, most targets are discovered without considering patients’ age and being tested in a relatively younger population (average age in phase I is 24). Hence, identifying potential targets that are implicated in multiple age-associated diseases, and also play a role in the basic biology of aging, may have substantial benefits.

Identifying dual-purpose targets that are implicated in aging and disease at the same time will extend healthspan and delay age-related health issues – even if the target is not the most important in a specific patient, the drug would still benefit that patient.

“When it comes to targets identification in chronic diseases, it is important to prioritize the targets that are implicated in age-associated diseases, implicated in more than one hallmark of aging, and safe,” said Zhavoronkov. “So that in addition to treating a disease, the drug would also treat aging – it is an off-target bonus.”