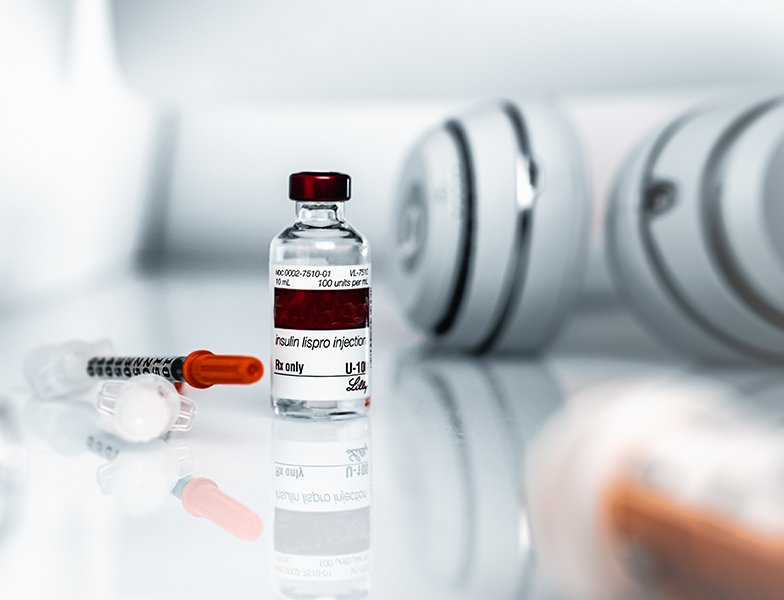 Body weight stands for far more than simple aesthetics – it is key for longevity.

From a single cell to a fully functioning human adult, growth is a key feature of life and not just in a metaphorical sense. At any point in time our cells die, get removed and replaced by new ones to keep our organs young, happy and functioning correctly.

Longevity.Technology: Phagocytic macrophages CD68+ find and eat up cells that have exited the cell cycle, known as senescent cells. Regenerative macrophages CD163+ trigger cells to renew. There is delicate balance between cell death and cell growth, directly dictating an organism’s weight which is mostly reliant on muscles, bones and fat.

We are often concerned with the health and longevity consequences of being overweight – as we should be; however, in a normal life cycle, a person will moderately gain weight until reaching the short weight loss period right before death. Unintentional weight loss is a strong predictor of declining health and increased mortality [1].

If we take a look at physical laws governing our universe, this perhaps is not surprising. The larger an organism gets, the more disorder there is, known as entropy. As we grow, we become less thermodynamically stable due to increasing entropy. Once entropy becomes greater than our bodies can biologically cope with, we pass away. Understanding this phenomenon better may unlock clues into the biology of aging.

“The most striking feature for the LL rats is persistently highest bone mass percentage across the entire observation period, with modest decline during end-of-life.”

Insulin is a hormone made in the pancreas that allows us to use glucose for energy, but it is so much more than that! It is essential for bone formation and bone marrow production [2]. This molecule is anabolic, meaning it stimulates the body to make more DNA, proteins and promotes growth.

Professor Chia-Hau Kuo and his team from the University of Taipei hypothesised that due to insulin’s anabolic properties, the hormone could stimulate cell regeneration, maintaining thermodynamics order by decreasing entropy and thus baseline inflammation. This would contribute to the balance governing our weight and hence affect our longevity.

The group studied body composition and insulin levels in mice every 6 months. To begin with, female rats lived longer than males. Within each gender there was a split between individuals living shorter (SL) versus longer (LL) lives.

Interestingly, a linear inverse relationship between how long a rat lived and its peak weight was found. This means the rats that gained the least weight lived longest. Furthermore, the longer-lived rats had higher bone mass percentage, lean muscle mass and lower fat mass percentage from 6 months.

As the researchers put in their Aging research paper: “The most striking feature for the LL rats is persistently highest bone mass percentage across the entire observation period, with modest decline during end-of-life [3].”

Consequently, the role of insulin on bone mass and hence bone marrow was explored. Comparing insulin plasma levels led to the discovery that levels reached in SL individuals at 6 months was matched by LL rats at 18 months, without affecting glucose levels.

To further understand the full consequences of insulin, the team followed up with experiments with the toxin streptozotocin (STZ), which decreases insulin levels by poisoning insulin-producing beta cells and mimicking diabetes. The effects achieved dropped insulin levels to undetectable and decreased glycogen, which were reflected in muscle mass loss.

Using a fancy x-ray designed to measure mineral density of bones, it was found that old rats experience greater bone and body weight loss in comparison with young rats. Surprisingly, bone and muscle loss due to insulin deficiency could not be rescued by insulin injections, unlike diabetic side effects.

Old rats showed an increase in muscle regeneration, yet STZ mice had a decrease in muscle tissue regeneration possibly due to the accompanying insulin decrease. This means older cells remain and once cleared not enough cells are present to maintain cellular integrity and possibly causing aging diseases.

Finally, a comparison of the 8 most LL rats and the bottom 8 SL rats showed an incredible trend: rats that had the shortest lifespan had very rapid bone loss and showed severe tumorigenicity (producing or having a tendency to produce tumours).

Bones produce stem cells and the aforementioned CD68+ and CD163+ macrophages. This study not only finds a linear correlation between bone mass percentage and longevity, but shows that insulin levels are imperative for controlling body weight and keeping tissues youthful through correct balance of cell renewal mechanisms.

What this study underlines is that it is key to monitor insulin as a very early marker for longevity and age-related diseases. A preventative approach could ameliorate our biological age and make us live long and healthy lives.

Yet, the authors warn that the results should not be “generalised to encourage insulin supplementation for middle-aged individuals during the weight gain period of life” [4].

Insulin is a hormone with numerous effects. Currently, insulin is used as a diabetes treatment for glucose regulation. Researchers exploring the aging effects of insulin must ensure a complete understanding of the biology before notions for insulin supplementation pills become a reality.