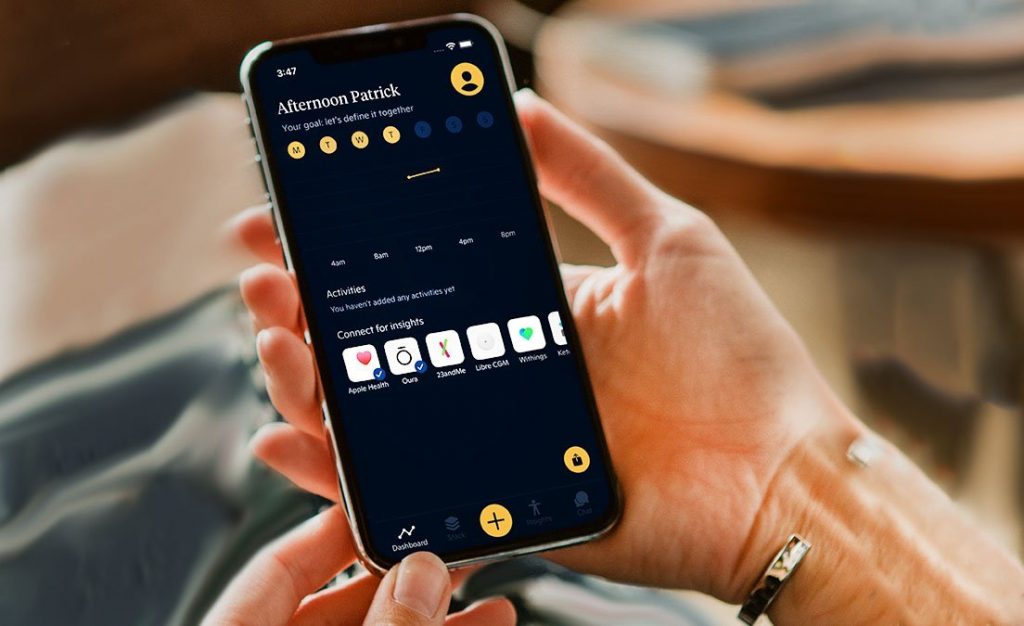 British start-up Span is on a mission to make nutritional biohacking as simple and accessible as possible. The mobile app helps users build an understanding of what is working for them and what isn’t, while also providing direct access to nutrition experts and health coaches who provide guidance on new strategies that they can employ to build new habits to improve their healthspan.

Longevity.Technology: Despite all of the incredible drug development going on in the world of longevity, it’s really still all about diet and exercise for the moment. From intermittent fasting to ketogenic diets, nutrition can play a huge role in optimising our healthy lifespan, as well as having the potential to help manage many chronic conditions. We caught up with Span’s co-founder and CEO, Patrick Samy to find out more about how the company is targeting nutrition.

“We are trying to democratise access to biohacking by making it simple and accessible – starting with nutrition,” says Samy, pointing to the success of meditation app Calm as an example of what he wants Span to become. “Calm took something that looked like it needed a tonne of hours to get into, and they made it so simple and accessible that today everyone can meditate for 10 minutes a day, and then build a habit of meditating over the long term. This is exactly what we want to do for nutrition.”

One element of the Span app is a wellness tracker, where users regularly check into the app to monitor areas of their health such as muscle gain, mental fitness and digestion. But things really get interesting when you add in the app’s chat feature, which allows users to message back and forth with Span’s nutritionists and health coaches, who provide feedback and new ideas to help them achieve their goals.

“We use the concept of habit stacking, where you build up your routine and keep adding things that work for you – cold showers, low carb, vegan diet and things like that,” says Samy. “If you find an experiment that works for you, the nutritionist helps you to build it into your habits.”

For example, specific to longevity, Span contains a programme for caloric restriction with optimal nutrition (CRON).

“Based on all the science we have today, we think that’s the best strategy for long term health when it comes to nutrition,” says Samy. “Using Span, you can evolve through different levels. Starting with your basic diet, you change one thing, and then another one the following week, and so on until you end up creating a CRON diet that really works for you.”

Span doesn’t overly focus on the detail of what users are eating in every meal, but rather on the behaviours that ultimately lead to success.

“We’re taking a cognitive behavioural therapy approach, which I think is very powerful when it comes to nutrition, because you’re trying to learn what works for you specifically,” says Samy. “Regularly checking on your progress maximises adherence in the long run, and that’s why we have the communication with the nutritionist.”

Span plans to add new functionality within the next few months that will see doctors specialising in functional medicine and lifestyle medicine added to the list of experts users can chat with.

“It’s really about that whole experience of experimenting and finding what works for you,” says Samy. “We’re trying experimental interventions, so we offer more flexibility than going to a nutrition clinic, doing a one-hour consultation, and coming back a month or three months later.”

The company has already created integrations with Apple Health and Google Fit and is exploring additional integrations with a range of other products, such as continuous glucose monitors (CGMs) and ketosis measuring devices.

With a long background in mobile software development for companies including Microsoft, Samy always harboured an interest in health and biology. When he decided to develop a business idea of his own, he first started looking at chronic conditions.

“A lot of chronic conditions have different causes and different relationships with lifestyle, food and environment,” says Samy. “And I was really interested in the intersection of all these.”

Samy’s interest in this area eventually led to formation of Span, along with his co-founders, Rachel Lett, a registered nutritionist and expert in metabolic and gut health, and Adam Bataineh, a medical doctor and genomics and aging expert. To date, the company has secured around £350,000 in investment from angel investors.

While initially focusing on helping reverse the symptoms of people living with chronic conditions, such as pre-diabetes and polycystic ovarian syndrome, it soon became clear that there was a much wider interest in what Span was offering.

“We also started hearing from people who were interested in health optimization for fitness, and the biohackers, who are trying everything to optimise their blood test results in every biomarker they can get,” says Samy. “And so we started building the product based on that.”

In a world where AI and machine learning is increasingly being used to automate wellness advice, Span’s more personal approach feels refreshing. And, at $9.49 a month for unlimited message-based access to the company’s nutritionists and other experts, it won’t break the bank. The company is targeting $50k – $100k of monthly recurring revenue by the end of the year, at which point it will likely seek a Series A funding round.