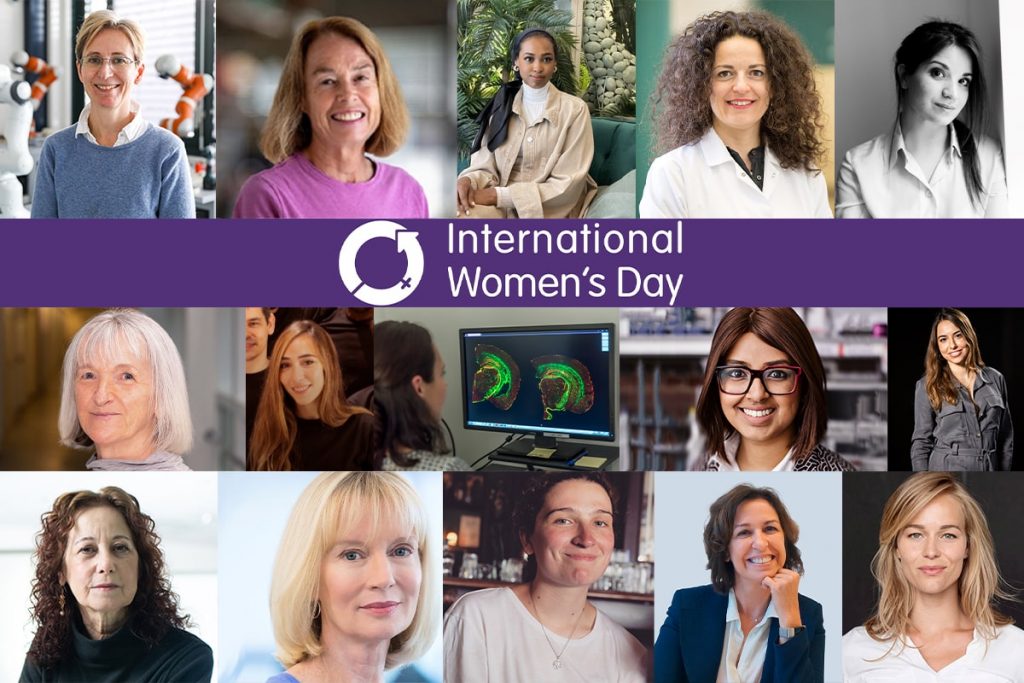 Celebrating International Women’s Day, we reflect on just some of the pioneering women we have written about over the last few months.

Longevity.Technology: International Women’s Day is a global day celebrating the social, economic, cultural and political achievements of women; it fosters acknowledgement of women’s rights for equal participation in economic and political decision-making, celebrates the extraordinary accomplishments and calls for action in accelerating gender parity. We agree.

On International Women’s Day, Dr Dina Radenkovic, the co-founder of Gameto says that targeting menopause is as much about extending female healthspan as it is about fertility.
“In reality, every ovarian aging is premature, and there is something about that event that is so important for the health of a woman,” she told us. “So this a medical issue that we’re addressing, because it brings together numerous consequences that are beyond fertility.”

Professor Janet Lord, who explores the key changes that occur to the immune system with advancing age and how this impacts upon many aspects of health in old age, told us senescence can be targeted via the immune system.

New company Tornado Therapeutics is focused on targeting the mTOR pathway (the mechanistic target of rapamycin) and has appointed Dr Joan Mannick as CEO to develop these rapamycin analogues (rapalogs).

Maaha Suleiman is “a woman on a mission to innovate the social care sector”, launching a care app that allows those needing care to be matched with carers on the basis of religious understanding, languages and culture.

Ms Suleiman told Longevity.Technology: “I studied Global and Social Medicine at university and in my third year I did a module on the ageing population. During this module I learnt about how we are living in a rapidly ageing society and how innovation is far behind and other issues such as the lack of care workers available to meet the demand. At the time I was also doing a module on personalised medicine, so that coupled with my own personal experience as an ethnic minority individual, raised in Tower Hamlets and whose mum worked as a domiciliary care worker is what motivated me to solve a big problem that a lot of my own community was dealing with and is so widespread among people from an ethnic minority group.”

The Buck Institute’s Judy Campisi is collaborating with a pharmaceutical company on the role of senescence in sarcopenia, looking at drugs that induce senescence in human cells.
Dr Campisi told us: “Can we develop ways to identify which cells in a muscle might be susceptible to becoming senescent and then eventually eliminate those cells without eliminating others? We’ve shown in a mouse model that, by eliminating those senescence cells, you can improve muscle function, so we’re going to be funded by this pharmaceutical company to pursue the research … I think that in our lifetime there will be some kind of [approved, senescence-targeting] therapy. Maybe not a pill that you take every day, but one for specific indications.”

Professor Aude Billard is head of EPFL’s Learning Algorithms and Systems Laboratory; her team has developed a machine learning program that can be connected to a human brain and used to command a robot.

“People with a spinal cord injury often experience permanent neurological deficits and severe motor disabilities that prevent them from performing even the simplest tasks, such as grasping an object,” she says. “Assistance from robots could help these people recover some of their lost dexterity, since the robot can execute tasks in their place.”

“There has been a growing groundswell of effort and funding dedicated to reproductive longevity, driven in large part by the Global Consortium for Reproductive Longevity and Equity at the Buck Institute,” Robinton told Longevity.Technology. “I believe this work is incredibly important in improving equity for women and addressing their specific health concerns. However, I think it’s broader than reproductive longevity. If we are able to support the function of the ovary beyond its decline in midlife, we would be supporting better health outcomes and improving healthspan in women.”.

Clara Fernández is cofounder at Rosita Longevity, the Mediterranean mobile health app that aims to optimise healthy longevity in the 60+ community and which has launched in the US after raising a $2.8m seed round.

Earlier this year, Cellino Biotech, an autonomous stem cell therapy manufacturing company, announced the completion of a Series A financing of $80 million, enabling it to significantly expand patient access to stem cell-based therapies.

CEO and co-founder Dr Nabiha Saklayen said: “We are grateful for the support of new and existing investors who are committed to building an AI-driven future for regenerative medicine. I am honored to lead and grow a team of industry experts across laser physics, deep learning, and stem cell biology who are on a mission to democratize cell therapies for all eligible patients.”

Silicon Valley start-up Fauna Bio is on a mission to leverage protective physiological adaptations from the animal world to develop novel human treatments. Closing $9 million recently to expand its drug discovery platform, Fauna CEO Ashley Zehnder said: “Studying human biology and genetics alone has still left us with many unanswered questions, gaps in knowledge, and without treatments to many serious diseases that could be aided by looking outside our own species.

“Through millions of years of evolution, animals have developed ways to naturally resist and heal from a range of conditions that still plague humans. We are using these natural synergies between us and other mammals to improve health and wellness and, ultimately, longevity in humans.”

Pamela Maher, is a research professor and head of Salk’s Cellular Neurobiology Laboratory; she is researching molecules derived from cannabis.

“We’ve found that cannabinol protects neurons from oxidative stress and cell death, two of the major contributors to Alzheimer’s,” says Maher. “This discovery could one day lead to the development of new therapeutics for treating this disease and other neurodegenerative disorders, like Parkinson’s disease.”

Eleanor lets the real star – the science – shine through her films. “I think my approach is unique for a YouTube channel,” she says “but it’s the one I’m most comfortable with. Science should be based on facts and evidence, not who is saying it. I try to make it fun and enjoyable, but also understandable.”

Boston-based biotech Vincere Biosciences is on a mission to combat neurodegenerative disease by improving the quality of the mitochondria in our cells. CEO Dr Spring Behrouz told us that molecules being developed at Vincere may well have applications outside of the neuro field – particularly in energetically-demanding tissues, such as the kidney, liver, heart and skeletal muscle.

“We’re now seeing more and more publications coming out of academic groups since we started this work,” she told us. “This year, two major papers came out showing that decreasing USP30 [one of Vincere’s targets] can protect against senescence in the heart, which again ties into aging and bioenergetics. It’s just one of those areas, it’s blossoming, and it’s really nice to be in the middle of it – maybe a little bit ahead of it as far as drug discovery goes.”.