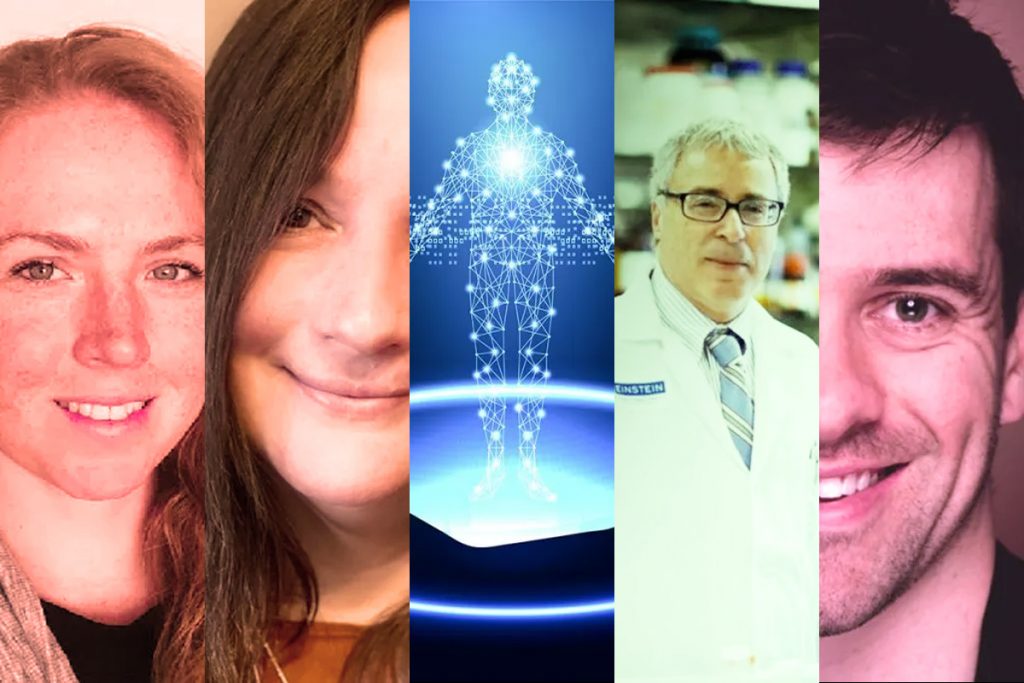 Five of our favourite interviews demonstrating exciting progress along the longevity road.

Longevity progress is often iterative – small steps along a long road that seems to have a far-distance destination. Having appreciation that every step means progress while also keeping one’s mind on the bigger longevity picture can be tricky, but the field benefits from many enthusiasts and visionaries who are working hard to accelerate the space while savouring the successes thus far, whether that’s optimising how we research, fostering wider understanding or putting longevity in context. So, here are five people we’ve enjoyed hearing from this year.

When we spoke to James Peyer, founder and CEO of Cambrian Biopharma, he told us that while there is great progress being made in longevity research, the real trick lies is applying that research to translational biology and human clinical medicine.

“It’s a two-stage approach,” Peyer told us. “Step one is using the biology of aging to make new drugs in the existing biotech world today, and step two is using that safe and effective drug in a prevention approach – which is the kind of holy grail of geroscience!”

Nir Barzilai: Take out the noise and focus on tackling aging

Dr Nir Barzilai, Director of The Institute of Aging Research at the Albert Einstein College of Medicine is the driving force behind the Targeting Aging with Metformin (TAME) trial, which aims to create a template for trials of age targeting therapies.

As well as playing a role in persuading the the FDA that aging can be tackled, Barzilai told us that TAME could also set the template for other companies to develop better drugs and better combinations of drugs and get to this point themselves.

“There are biomarkers for biological aging, but we are desperate to have biomarkers that will change in several weeks or months, like we can measure cholesterol, right,” Barzilai told us. “That will help the industry to really find out what’s really working in a very short time, rather than undertaking a Phase III trial for every drug that we have. So TAME has the potential to get the biomarkers for aging and open up for the industry, not only the indications, but also the way to get there.”

SENISCA is a skin-focused biotech spinout that is developing a new generation of senotherapeutic interventions; its Chief Scientific Officer and Co-Founder, Professor Lorna Harries, told us that skin is sometimes – wrongly – overlooked when it comes to longevity research.

“Skin is the primary barrier between you and the outside, and amongst the first to display the signs of ageing in a way we can directly observe in a non-invasive and quantifiable way,” she told us. “Working on skin allows you to access your target organ directly without having to deliver your intervention systemically, and there are already well characterised outcome measures that can be applied to demonstrate effect. In terms of obtaining early, human in vivo data, it’s hard to beat skin.”

Peter Fedichev: Borrowing from Physics can break the limits of human longevity

Peter Fedichev, CEO and Co-founder at Gero, blew our minds this year explaining how an emerging paradigm of scientific discovery – identifying new principles and patterns with the help of AI, modern ML tools and the analysis of Big Data – is accelerating research.

“We believe that better explanations for complex biological processes, such as aging, can be found at the intersection of physical and data sciences,” he told us, explaining that no large effect on healthspan, and thus no strong life extension in humans may be possible unless the root cause of aging is addressed – the loss of resilience. By measuring the resilience in humans and lab animals, Gero plans to investigate the effects of drugs on resilience and thus to design and test the most effective interventions against aging and chronic diseases in humans.

“By applying the same algorithms to human data, we are aiming at finding interventions with the most dramatic effects,” Fedichev told us. “The application of modern AI and machine learning tools will help to understand and eventually break the limits of human longevity.”

With the global keto market expected to rise to $14.75 billion by 2027, and ketosis having mechanisms directly impacting hallmarks of aging, we were pleased to catch up with Brianna Stubbs, PhD, Lead Translational Scientist at The Buck Institute for Research on Aging and and a world expert in exogenous ketone metabolism

She told us that the science of ketosis speaks for itself: “Ketones have pleiotropic biological effects and act as an oxidative fuel source, bypassing age-related defects in glucose metabolism and as a signaling metabolite, activating receptors, modulating epigenetics and post translational protein modifications amongst other things.”

Stubbs explained that making healthy choices with diet and exercise is the foundation of a healthier, longer life, but most people don’t eat in a pattern that would lead to ketosis naturally.

“If we believe the hypothesis that ketones have direct beneficial effects, then periodically using an exogenous source of ketones, such as ketone esters could help to achieve some of the benefits of ketosis without further dietary changes.”