News > InnovationInterviews of 2022: the longevity researchers 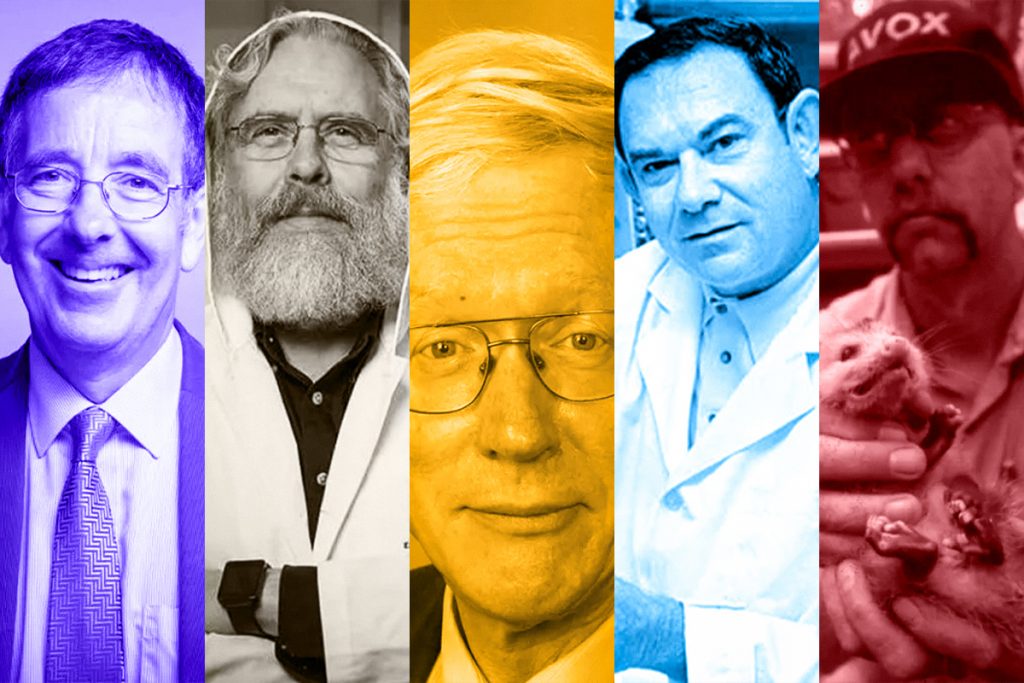 Five of our favourite interviews with some of the world’s leading researchers focused on aging and longevity.

We never tire of speaking with the scientists and researchers whose work will ultimately help make longevity a reality, and 2022 was no exception. Church, Kirkland, Hayflick – the list goes on. Here are just a few of our favourites from this year.

When we spoke with Harvard professor of genetics George Church, he made a strong case for accelerating the route to market for longevity treatments. Church used the way the world responded to the COVID-19 pandemic as evidence of how we could also respond to the problem of aging.

“The top five vaccines were formulated as gene therapies and showed how quickly and safely we can move when there are extenuating circumstances,” he told us. “Well, I would say that many more people are dying and in poor health as a result of the effects of aging, so perhaps aging should also be considered an extenuating circumstance.”

Kirkland: Senolytics have a 20% chance of success

In what read to some as a negative headline, our two-part interview with the Mayo Clinic’s James Kirkland was anything but. His optimism for senolytic success has increased significantly in recent years, and the second part of the interview highlighted some interesting potential applications of the science.

Hayflick: Is aging a question of physics?

With more than 60 years of aging research under his belt, UCSF professor Leonard Hayflick is one of the longevity field’s longest-serving scientists. In addition to sharing some interesting perspective of how the aging field has evolved over the years, he also shared his views on why biology may not provide the answers to longevity.

“The reason that life exists is because of the constraint of chemical bonds that hold molecules together,” he told us. “But those bonds are energy bonds and, in time, the energy in those bonds is going to escape, which is what the second law describes will happen. Eventually we are going to die because the energy in some set of biomolecules in our bodies is going to dissipate, including those in the repair processes that once worked, but now don’t, because they suffer the same consequences of the second law as do their substrate biomolecules. So, aging is a problem in physics and not in biology.”

Austad: Has evolution already found the key to human longevity?

Another name synonymous with aging research, University of Alabama at Birmingham professor Steven Austad, has long studied the huge diversity in longevity seen across the animal kingdom. In our interview, he shared his belief that most aging researchers are studying the wrong animals (worms, flies, mice etc) if they want to discover solutions for human longevity.

“My thought is that we’re very unlikely to learn how to live longer and healthier by studying these animals,” he told us. “I think they can help us learn where to look, but they can’t help us identify novel ways of staying healthy longer. Whereas Nature has had a billion years to experiment with this and has already come up with some phenomenal ways to do it. But we haven’t figured out what those are yet because we haven’t been looking at the animals that really do it well.”

Kirkwood: Aging is neither inevitable nor necessary

Newcastle University professor Tom Kirkwood is the man behind the “disposable soma” theory of aging. When we spoke with him earlier this year, he explained how he arrived at the theory some 50 years ago, but also why he thinks it’s still relevant today.

“I don’t see my job as being a defender of the disposable soma theory – all theories are there to be challenged – but I think the concept still has legs,” he told us. “Since I first proposed the theory, we’ve gained a much deeper insight into how evolutionary biology works, but also into how aging works. It doesn’t take a great imagination to see that the principle of optimising the investment in maintenance can generalise to take account of other kinds of body plans and body patterns. And I think the fun part is really to see how far that kind of thinking can take us.”