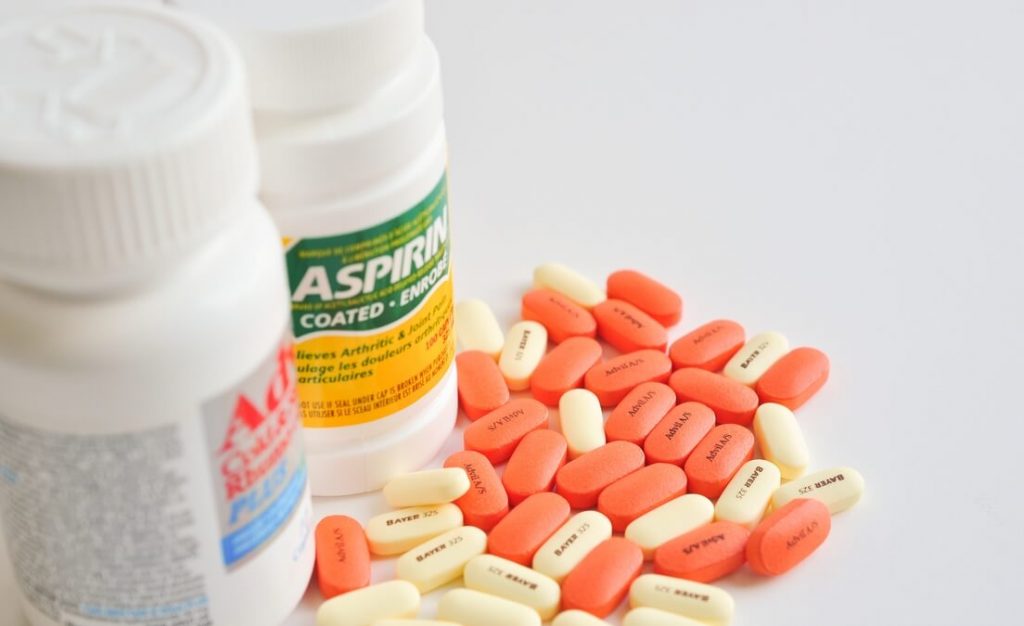 Aspirin could reduce healthcare spending by nearly $700 billion in the US alone – and it’s already in mass-production.

Acetylsalicylic acid, orginally extracted from willow bark, was first dispensed as medicine in 1899 [1] and has gone from strength to strength as ‘aspirin’ ever since; it even has a World Record for the being the most frequently-sold painkiller [2] with Americans alone consuming 80 million pills annually [3].
Asprin started life as a pain killer and anti-inflammatory but has been found to help prevent certain cancers (reduction of 73% decrease in oesophageal cancer, 63% for colon cancer, 62% for stomach cancer, 47% for ovarian cancer 39% for breast and prostate cancers and 36% for lung cancer) [4]. It is used to prevent strokes and aid stroke recovery, treat hypertension and prevent heart attacks and thrombosis. Latest research shows that aspirin could be used to treat Alzheimer’s disease [5] and cataracts [6].
Longevity.Technology: The benefits of aspirin seem huge – one little tablet can go a long way. We think it’s great that so much research is going into a drug that has such a weight of clinical data and years of testing by the public behind it. Aspirin is cheap to manufacture and the mechanisms for doing so are widely available; if one of the keys to Longevity turned out to be something we had all along, the long life would be available for the masses. From willow bark to will o’ the people.
The TRL score for this Longevity.Technology domain is currently set at: ‘Technology has completed initial trials and demonstrates preliminary safety data.’

The TRL score for the technology addressed in this article is: “Technology refined and ready for initial human trials.’

New medical uses for aspirin are being researched and discovered all the time. Paul Lietman, when he was professor of pharmacology at the Johns Hopkins Medical Institutions in Baltimore, said: “Is mind-boggling how many new applications this simple drug has; it seems that each year we hear of a new therapeutic application for the drug.” [7]
These are all broad brush strokes on the Longevity canvas, but is aspirin itself capable of delaying aging? When there was no common thread linking the benefits of aspirin together, pharmacologist John Vane, researching at the University of London, discovered that aspirin is able to inhibit the formation of prostaglandins, powerful chemicals in the body which are synthesised from fatty acids in all the cells in our bodies except red blood cells.
Although prostaglandins play an essential role in a variety of functions such as muscle contraction, dilation and constriction of blood vessels, and ovulation, they are also released when a cell is damaged or stimulated, causing tissue damage.
Research into aspirin and prostaglandins earned John Vane a Knighthood and along with fellow researchers Sune Bergström and Bengt Samuelsson, a Nobel Prize. Research has found that prostaglandins inhibit or stimulate the molecules released by dying cells called damage-associated molecular patterns (DAMPs); understanding this pathway will allow researchers to control inflammation and possibly prevent certain types of cell death [8].
It’s not just the “wrong sort” of prostaglandins on which aspirin can work its magic; aspirin has been proven to affect oxidant production and mop up damaging reactive oxygen species, affect cytokine responses and to be able block glycooxidation reactions, leading researchers to describe it as posing a “triple threat against the symptoms of aging” [9]. Other research has shown that aspirin can protect telomeres during cell reproduction, preventing their shortening and associated cell aging and death [10].
With seemingly multitude benefits, it’s no wonder researchers decided to find out what the long-term effects on Longevity and healthcare costs would be if apirin use were more widespread. Looking at data from people in the US aged 51 to 79, researchers found that over a 20-year period, regular aspirin medication would prevent 11 cases of heart disease and four cases of cancer in every 1000 people, increase life expectancy by four months, meaning an extra 900,000 people would be alive in 2036 and save the US economy $695 billion [11].
Four months is a start, but it’s not Longevity. Further studies are being conducted, using US and Australian data and both ASPREE (ASPirin in Reducing Events in the Elderly, looking at increased survival that is free of dementia and physical disability) and ASPREE-XT (eXTension, investigating the health outcomes for cancer, dementia, frailty and other conditions of aging, over a longer period of time) are focusing on using the benefits of aspirin to both prolong life and prolong healthy life [12].
Research on use of aspirin for the elderly is necessary; it is difficult to find a wealth of data for an older population, as many already have existing conditions. New guidelines published last year in the US recommending against routinely giving aspirin to older adults (70+) who don’t have a history of heart disease due to an increased risk of brain bleeds [13] – there aren’t the pro-aspirin figures to weigh the negative impacts up against.