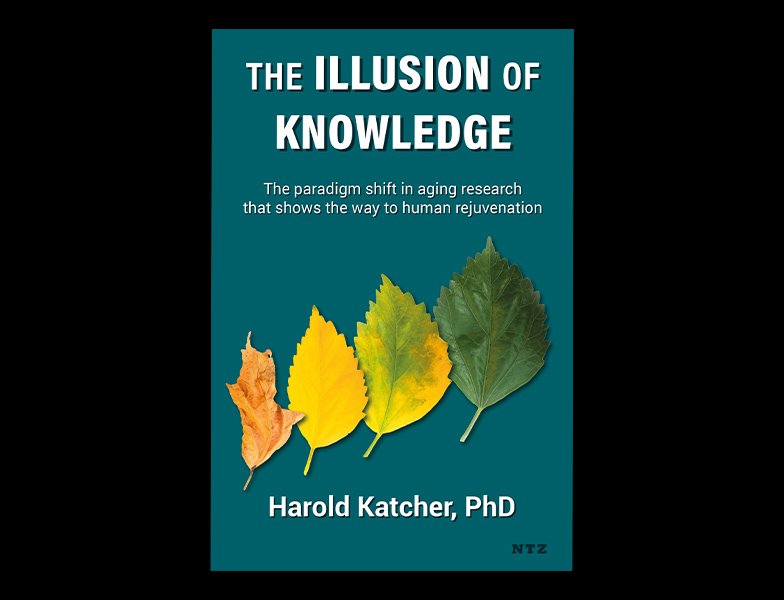 Individual selection and lengthening lifespan – Harold Katcher’s new book looks at evolution, altruistic genes and predation and what they could mean for aging.

Harold Katcher is the man behind the research that led to a 54% reduction in the epigenetic age of rats. His new book, The Illusion of Knowledge: The paradigm shift in aging research that shows the way to human rejuvenation is published tomorrow, containing an account of this experiment and the hypothesis behind it, as well as explaining Katcher’s theory of aging and an exploration of humanity’s relationship with longevity.

Longevity.Technology: Mention longevity and evolution in the same sentence and battle lines are drawn; whether it’s selective pressures that are weakened after the reproductive age, antagonistic pleiotropy (mutations that are explicitly selected for their usefulness early in life can be harmful later on) or the Programmed Aging Theory (aging is programmed, and mutations that cause aging are there because overall they make the species fitter, even when they make a given individual less fit). It’s complicated, with various levers pulling in different directions and to different degrees. In this excerpt, Harold Katcher gives us his take on the situation.

On evolution and lifespan

In a very interesting proposal, David Neill wrote an essay on the evolution of lifespan. The very name of his essay should be nonsensical, as, according to the authorities who developed the modern aging theory – the “modern synthesis” – aging was not a trait available for natural selection to operate on. Now, why was this? Because aging, as it occurs during an animal’s post-reproductive period, cannot be selected against – as it is post-reproductive, it should not influence an individual’s contribution to the future. Dr Neill’s paper clearly presents the problem when quoting John Maynard-Smith regarding August Weismann’s theory – a foremost biologist of his time, who, in his 1882’s book Über die Dauer des Lebens, said that an aging process would be helpful in removing a parental generation to free up resources for their fitter offspring.

“Weismann’s theory, however, as it implicates selection at the species level rather than the individual level, is not considered to be generally applicable”, said John Maynard-Smith in 1976. Note that Maynard-Smith was a mathematician, not a biologist, and reduced the theory of evolution to simplistic models where only “fitness” and individual selection in toy systems determined the rules of the game.

The thinking behind this is that in order to limit adult lifespan, individuals would have to sacrifice their own continued lifespan and the continued production of their own progeny for the good of the group, and that the genes for such altruistic behavior towards non-directly related and actively competing individuals of the same species would be lost as individual competition for resources and progeny production would eliminate those with “altruistic genes” over time. This reasoning was taken as sufficient to eliminate group selection as a legitimate mechanism, and the game became how to limit lifespan without invoking group selection.

Clearly, an organism that lived longer would produce more offspring, so that lengthening the lifespan should be possible by individual selection alone. It is well-known that species have maximum lifespans such that a human may rarely live to 120, but will never (without some kind of intervention) live to 200; a blue whale may live to 200 years, but will not live to 1,000 years, etc. It is also widely known that within a species, various groups may have different lifespans, such that small dogs may live 12 years and large dogs less than nine years, while among dolphins the females live twice as long as males (more than 60 years).

The fact that lifespan corresponds to the rate of predation in many animals is also well-known – mice, which have high death rates due to predation, have short lives and are sexually mature very, very young, while animals with low predation, such as squirrels, have very much longer lives and reproduce later. We will further discuss this, especially in regard to the naturalist Ricklefs’ observation that “no single pattern of life, including development, maturity, and aging, varies among vertebrate species only by expansion or contraction of a common time scale.”