News > FeaturesLimb and organ regeneration is not science fiction

Limb and organ regeneration is not science fiction 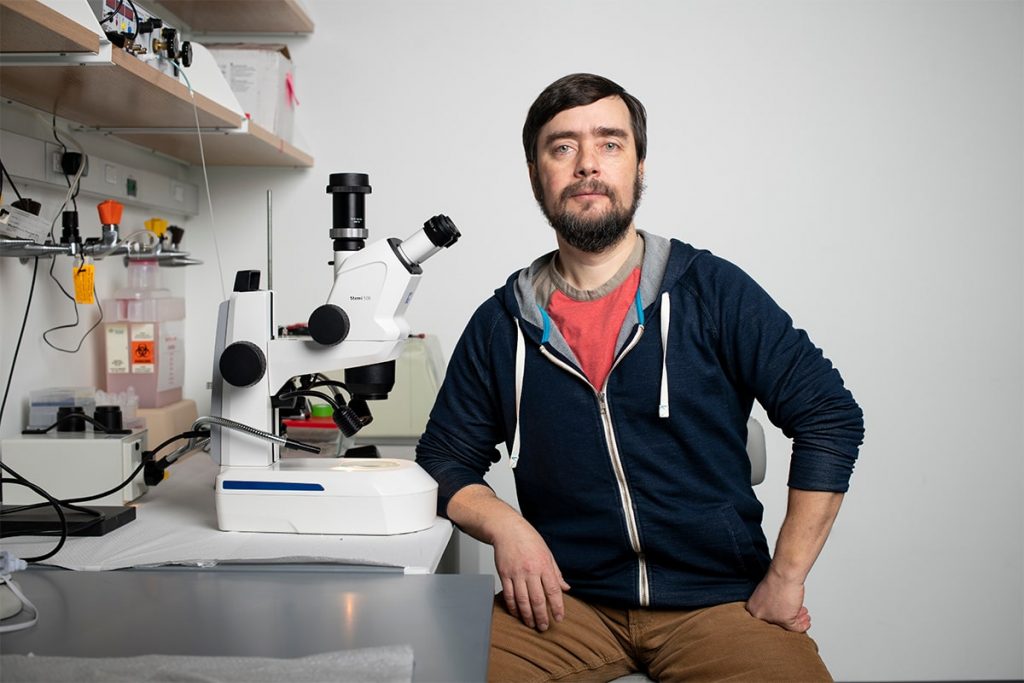 Morphoceuticals co-founder believes that regeneration research conducted in frogs can eventually be recreated in humans – it’s just a matter of time.

Last month, we brought you the story of Morphoceuticals Inc and its successful regeneration of the hind leg of an African clawed frog – a species that does not naturally regenerate complex limbs in adulthood. Incredibly, the Juvenescence-backed start-up was able to stimulate the entire regeneration with only a single 24-hour treatment using a multi-drug cocktail. The company is now moving to test some of its drug cocktails in mouse models as it seeks to build a “regenerative medicine platform.”

Longevity.Technology: The prospect of human limb and organ regeneration may sound like the stuff of science fiction, but Morphoceuticals’ recent work shows that we are closer than you may think to making it a reality. While we’d have loved to bring you the thoughts of the frog who benefited from the procedure, it was unfortunately too busy swimming to hop over for a chat. We did, however, manage to speak to Dr Michael Levin, professor of biology at Tufts University, and co-founder of Morphoceuticals, who shared some insight on how the company came to be.

The basic concept behind what Morphoceuticals is doing, says Levin, is the idea that if we could control what cells cooperate to build, we could solve almost all the problems of biomedicine, with the possible exception of infectious disease.

“Birth defects, traumatic injury, aging, degenerative disease, even cancer – all of this could be completely solved if we knew how cells decide what they’re going to build, and how to manage those decisions,” he says.

In Nature, there are some animals that are already extremely good at this. Salamanders, for example, regenerate many organs during adulthood, and the planarian flatworm seems to be essentially ageless and immortal, thanks to its ability to continually regenerate.

“We know it is possible to be a complex animal and regenerate throughout your lifespan,” says Levin. “And we know that there are major gaps in understanding the algorithms by which cells decide to do things – that collective cellular intelligence that knows the difference between building a leg and an eye.

Regeneration is about software, not hardware

This concept of cellular intelligence is key to Levin’s area of interest. With a background in computer science, he views the problem as one of software and hardware.

“All the exciting stuff going on in molecular medicine – gene editing, rewiring pathways, promoters, protein engineering – it’s all down at the level of the hardware. And that’s fine – we need to understand the hardware. But when you’re on your laptop, and you want to switch between programmes, you don’t get out your soldering iron and start re-soldering the computer. The future of biomedicine is understanding the software of life – it’s much easier to push all the complexity onto the hardware and work at a higher level.”

As a result, Levin’s lab has been focused on trying to understand how individual cells, with very basic roles, bind together into a collective intelligence that has much larger and more complex goals – such as building a limb or an organ.

“I’m interested in information, in decision-making and how we can manipulate these collective intelligences into building the kinds of structures that we want to build,” explains Levin. “And this means understanding evolution – how did it get there in the first place, how do the cells know what to do?

“Part of what we’ve been doing in my group is looking at the way the electrical communication in our bodies allows this to happen. Evolution figured out very early on that our electrical networks are fantastic at scaling up activity, so for the past 20 years, we’ve been studying how groups of cells store information in electrical networks. How do they communicate electrically, and what can we do with this?”

A helping hand from evolution

The second area of focus for Levin’s lab is how to control and manage those collective cellular actions. Rather than trying to “micromanage” this at a cellular level, the approach is to try and leverage evolution.

“Everything has already been generated during embryonic development, so all that information is still there,” explains Levin. “So, what we’re looking for is a set of triggers that activate a modular set of steps. You don’t have to rediscover or recreate all those steps every time you want to use it, you trigger a module, and then everything from there happens on its own.

“Our goal for regenerative medicine in the short term is not to try and micromanage this stuff, which will take a long time to learn how to do, but rather to understand how the animal’s body knows where things go, identify the triggers, and then intervene at a very high level.”

READ MORE: Professor Steven Austad on whether evolution has already found the key to human longevity

Levin and his Morphoceuticals co-founder David Kaplan, professor of engineering at Tufts, started the frog experiment in 2019. Activating the specific triggers needed to induce regeneration was done using a cocktail of “ion channel drugs”, which are drugs that open and close ion channels to establish specific bioelectrical states.

Kaplan’s lab’s expertise in materials science was key to developing the tiny bioreactors needed to provide the controlled environment needed to stimulate regeneration in a specific area, such as the hindleg of a frog.

“These are engineered devices that you put onto the stump,” explains Levin. “There’s a gel in there that contains the various drugs that we came up with.”

What really amazed the researchers, though, was that the initial treatment was so effective.

“We put on this thing for just 24 hours, and then we got a year-and-a-half of leg growth,” says Levin, who says that the regrown limb was 100% functional. “So it’s really a very short initial decision that’s made, and then these modules go on their own. The second thing is that there’s nothing leg-specific about the cocktail we used. We just asked the body to build whatever normally goes there.”

“We think that this is a very attractive strategy for regenerative medicine, because once you know what the trigger is, you don’t have to already be in possession of all the pathways that are going to be involved. This is ultimately what I hope for Morphoceuticals – we started with a leg, but I want this company to be the first in a wave of regenerative medicine that is going to be intervening at the informational level.”

The path to human regeneration

Morphoceuticals is now pushing forward on several fronts, testing new drug combinations, and trying to figure out how they impact on bioelectrical signalling. The company is also now done with frogs and is moving into new animal models, as part of what Levin calls “an active growth phase.”

“There’s a whole pipeline of different things that now need to be tested,” he says. “I think we’ve shown what can be done in the frog model, so it’s time to go to mammals. So that’s what we’re doing now – testing the prior bioelectrical cocktails and our new sets of cocktails in mice.”

Levin’s hope is that the new work in mice will lead to some early successes in areas such as improving stump health, innovation and skin repair. But, as the practical work in animal models moves forward, Morphoceuticals is also working on a discovery engine platform to crack the bioelectric code needed to achieve a particular outcome.

“We’re assembling the beginnings of a turnkey regenerative medicine platform where, ultimately, you’ll identify tissue you’re interested in regenerating, and it will provide a computational path, showing you the ion channels you need to open and close to get to the correct bioelectric state, and then you can just choose the drugs after that.”

So does Levin see a clear path to human applications of this work?
“People often make a lot of the distinction between mammals and the so-called lower animals,” he says. “Sure, there are some there are some physiological differences, but, once you get past yeast and into multicellular organisms, we are all fundamentally very much alike. Evolution solves the same problem in all of us – and once we understand those principles, everything else is engineering details. It’s the software that we need to crack and that extends all the way all the way through evolution, we are no different than any other creature in that respect.

“I have little doubt that this is possible in humans, the question is when. I’d be lying if I could tell you what the timeline of this is going to be. I’m optimistic that we’re going to see this in my lifetime, but who knows, this is science!”