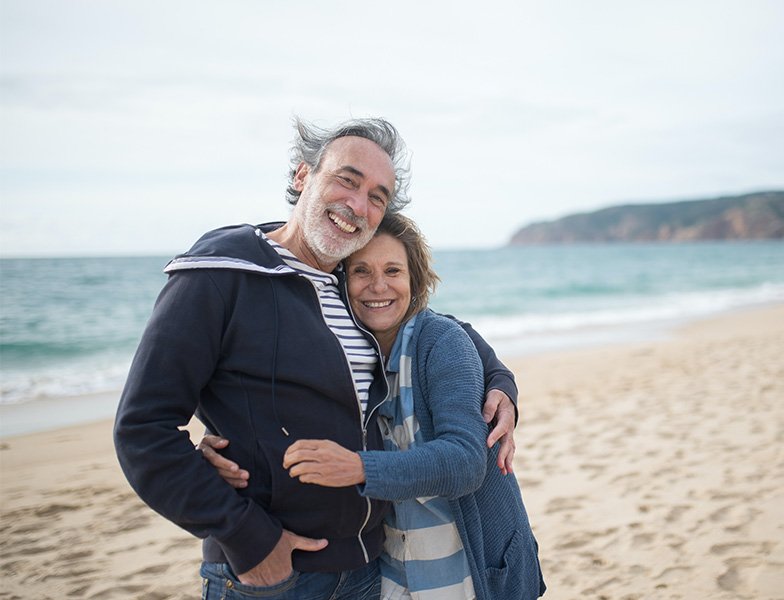 Analysis of Medicare data finds location matters, not just past health behaviour, and comparison of seniors who relocate long-distance shows where you live affects your longevity.

Would you like to live longer? It turns out that where you live, not just how you live, can make a substantial difference. That’s the finding of an innovative study co-authored by MIT and Stanford, which examines senior citizens across the US and concludes that some locations enhance longevity more than others, potentially for multiple reasons.

Longevity.Technology: Pulling the focus back and looking at the differences to lifespan and healthspan that result from changing our circumstances or changing our lifestyles can throw up some interesting data. It is often said that moving house is the third most traumatic thing after death and divorce, and this latest research shows that although a move is disruptive, it could actually pay dividends when it comes to longevity. Perhaps we can expect to see life expectancy trends on real estate information along with good local schools and distance from the station.

“There’s a substantively important causal effect of where you live as an elderly adult on mortality and life expectancy across the United States,” says Amy Finkelstein, a professor in MIT’s Department of Economics and co-author of a newly published paper detailing the findings [2].

Researchers have long observed significant regional variation in life expectancy in the US, often attributing it to “health capital” – tendencies toward obesity, smoking and related behavioural factors in the regional populations. However, by analysing the impact of moving, the current study can isolate and quantify the effect that the location itself has on residents.

As such, the research delivers important new information about large-scale drivers of US health outcomes and raises the question of what it is about different places that affects the elderly’s life expectancy. One clear possibility is the nature of available medical care; other possible drivers of longevity include climate, pollution, crime, traffic safety, among others.
“We wanted to separate out the role of people’s prior experiences and behaviors – or health capital – from the role of place or environment,” Finkelstein says [2].

To conduct the study, the authors Finkelstein and Matthew Gentzkow and Heidi Williams, who are both professors of economics at Stanford University, analysed Medicare records from 1999 to 2014, focusing on US residents between the ages of 65 and 99. Ultimately the research team studied 6.3 million Medicare beneficiaries. About 2 million of those moved from one US “commuting zone” to another, and the rest were a random 10% sample of people who had not moved over the 15-year study period. (The US Census Bureau defines about 700 commuting zones nationally.)

A central element of the study involved seeing how different people who were originally from the same locations fared when moving to different destinations.
“The idea is to take two elderly people from a given origin, say, Boston,” explains Finkelstein. One moves to low-mortality Minneapolis, one moves to high-mortality Houston. We then compare how long each lives after they move [2].”

Of course, different people have different health profiles before they move, but Medicare records include detailed claims data, so the researchers applied records of 27 different illnesses and conditions, ranging from lung cancer and diabetes to depression, to a standard mortality risk model to categorise the overall health of seniors when they move. Using these “very, very rich pre-move measures of their health,” Finkelstein notes, the researchers tried to account for pre-existing health levels of seniors from the same location who moved to different places.

However, even assessing people by 27 measures does give a complete picture, so Finkelstein, Gentzkow and Williams also estimated what fraction of people’s health conditions they had not observed, essentially by calibrating the observed health of seniors against health capital levels in places from which they were relocating. They then considered how observed health varies across individuals from the same location moving to different destinations and, assuming that differences in unobserved health, such as physical mobility, vary in the same way as observed differences in health, they adjusted their estimates accordingly.

Is living environment, rather than biology, longevity’s key?

The study found that many urban areas on the East and West Coasts, including New York City, San Francisco and Miami, have positive effects on longevity for seniors moving there; some Midwestern metro areas, including Chicago, also score well.

By contrast, a large swath of the deep South has negative effects on longevity for seniors that relocated there, including much of Alabama, Arkansas, Louisiana and northern Florida. Much of the Southwest, including parts of Texas, Oklahoma, New Mexico and Arizona, fares similarly poorly.

The researchers also estimate that health capital accounts for about 70% of the difference in longevity across areas of the US, and that location effects account for about 15% of the variation.

“Yes, health capital is important, but yes, place effects also matter,” Finkelstein says.
Other leading experts in health economics say they are impressed by the study. Jonathan Skinner, the James O Freeman Presidential Professor of Economics, Emeritus, at Dartmouth College, says the scholars “have provided a critical insight” into the question of place effects “by considering older people who move from one place to another, thus allowing the researchers to cleanly identify the pure effect of the new location on individual health – an effect that is often different from the health of long-term residents. This is an important study that will surely be cited and will influence health policy in coming years [2].”

The Charlotte Effect: What makes a difference?

Again, the life expectancy of an area’s population is not the same thing as that location’s effect on longevity. In places where, for example, smoking is highly prevalent, population-wide longevity might be subpar, but other factors might make it a place where people of average health will live longer. The burning question, of course, is why.

“Our [hard] evidence is about the role of place,” Finkelstein says, while noting that the next logical step in this vein of research is to look for the specific factors at work. “We know something about Charlotte, North Carolina, makes a difference, but we don’t yet know what [2].”

With that in mind, Finkelstein, Gentzkow and Williams, along with other colleagues, are working on a pair of new studies about health care practices to see what impact place-based differences may have; one study focuses on doctors, and the other looks at the prescription opioid epidemic.

In the background of this research is a high-profile academic and policy discussion about the impact of health care utilisation. One perspective, associated with the Dartmouth Atlas of Health Care project, suggests that the large regional differences in health care use it has documented have little impact on mortality. But the current study, by quantifying the variable impact of place, suggest there may be, in turn, a bigger differential impact in health care utilisation yet to be identified.

For her part, Finkelstein says she would welcome further studies digging into health care use or any other factor that might explain why different places have different effects on life expectancy; the key is uncovering more hard evidence, wherever it leads.

“Differences in health care across places are large and potentially important,” Finkelstein says. “But there are also differences in pollution, weather, [and] other aspects. … What we need to do now is get inside the black box of ‘the place’ and figure out what it is about them that matters for longevity [2].”