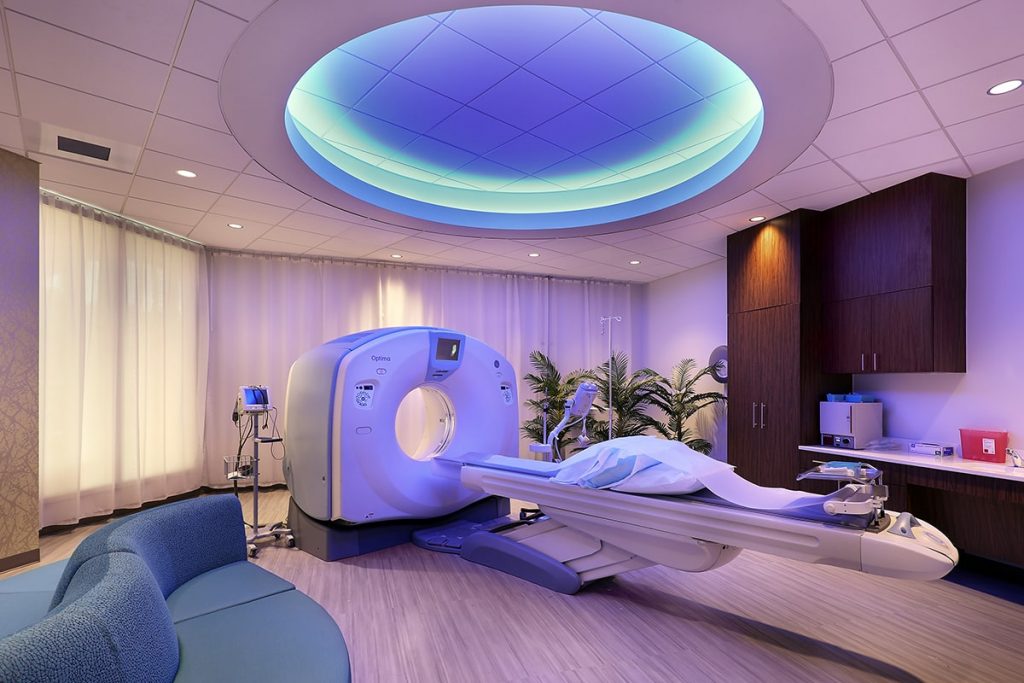 Earlier this week, we brought you the thoughts of Professor Sir Andrew Bell, who made a strong case for a global shift towards preventive healthcare. While prevention may not be high on the agenda for most national health systems, a growing number of people around the world are taking an interest in improving their healthspan and longevity. This interest has led to the emergence of longevity-focused clinics that leverage new technologies and health data to help their members slow down aging and diagnose disease early.

Founded by leading longevity figures including Dr Peter Diamandis, Dr Robert Hariri and Tony Robbins, Fountain Life is at the forefront of this clinical movement. With three clinics already open in the United States, the company has also created its own health insurance firm, and now has its sights set on global expansion.

Longevity.Technology: Through a combination of scientific data and new technology, Fountain Life’s mission is to provide ‘predictive, preventative and personalized’ treatments to its members. Thousands of people have already passed through its doors and the company has amassed a wealth of valuable data that it is using to improve the services it offers its members. To learn more, we caught up with Dr William Kapp, Fountain Life’s co-founder and CEO.

An orthopedic surgeon and serial entrepreneur, Kapp came together with Diamandis at a meeting in 2018, where they found a common concern about modern healthcare.

“We both agreed that, while healthcare is very good at detecting disease after it strikes, it’s very bad at detecting disease while it’s still asymptomatic,” he recalls. “We all know somebody who went to the doctor’s office, was given a clean bill of health and then three months later they have cancer or dropped dead of a heart attack. And we wonder why that’s happening.”

Using the aviation industry an example, Kapp says people would be horrified if our approach to healthcare was adopted in other fields.

“If we waited for every calamity to occur, and then tried to fix the problem after the fact, it’d be catastrophic,” he says. “Every other industry spends most of their time detecting problems before they arise and trying to avoid those problems in the first place.”

“We spend $4.5 trillion here in the US on healthcare, the largest spend of any developed country, close to 19% of our GDP, and our results are not any better than anywhere else in the Western world. We’re so focused on sick care and chronic disease management that we’ve failed to realise we can detect a lot of this at its earliest stages and put you on a reversal path.”

The recent emergence of highly advanced technologies to look for signs of diseases before they strike, Kapp and his co-founders resolved that the time was right for healthcare to undergo a fundamental change.

“Our goal is to detect disease early, using the latest technology, while it’s still asymptomatic,” he says. “And to put people on a different pathway – either correcting the underlying disease process or treating it early, and at the same time optimising their health.”

And so, Fountain Life came into being, opening its first clinic two years ago in Naples, FL.

“We’re focused on state-of-the-art prevention, which means we apply technologies such as whole-body MRI scan with AI, cardiac scan with AI, advanced genetic algorithms and genomic sequencing to determine whether or not you have any cancer going on in your body,” says Kapp. “For example, we’ve been using GRAIL for over a year, which is a new test that can detect 50 different types of cancer from a single tube of blood.”

“The technology that’s available today is mind-boggling in terms of its ability to detect disease at its earliest stage, but more importantly, what’s coming is even more compelling. Our mission is to change all of healthcare from reactive to proactive, and not just here in the United States, but worldwide.”

Since its launch, Fountain Life has opened further US centres in White Plains, NY and Dallas, TX. Another location in Orlando, FL is expected to open this year, with global centres in London, India and the Middle East projected to open in 2023.

“We’ve scanned close to 4,000 people at this point, and we know that 2% have cancer, 2% have aneurysms, and 14% have some form of fatty liver disease or elevated liver iron,” he says. “We’re also finding things that people did not anticipate. For example, 40% to 50% of our population are prediabetic, and most of them think they’re pretty healthy.”

The cost & benefit of early detection

Cutting edge diagnostics don’t come cheap. Fountain Life’s “Precision Diagnostics” option, a comprehensive early detection analysis of your current state of health, comes in at $11,700. For $19,500 per year, you can access the “APEX” concierge option, which includes unlimited access to a health team to optimise your health on an ongoing basis.

“Right now, the process of going through these diagnostics is expensive, but we also know that the price of technology continues to decline every year,” says Kapp. “And as we start to do more and more body scans and scan times get compressed, the economies of scale will manifest themselves over time.”

Fountain Life also claims there is a significant cost benefit to its personalised and preventive approach to health.

The point on cost is key, says Kapp, because one of the challenges of bringing cutting edge technology into healthcare is that payers often won’t pay for it.

“It’s all about getting new technology adopted in clinical practices, and largely that is dictated by who pays for it,” he says. “And so, because of the cost of the technology, and trying to repurpose dollars spent for healthcare, particularly for insurance, we’ve also founded a health insurance company that allows us to democratise access to this cutting-edge technology.”

The health insurance company Kapp is referring to is called Fountain Health, which covers employee’s traditional health coverage, and additionally covers proactive care, through some of the latest diagnostic technologies, to keep people healthy.

“We’re creating a healthcare insurance platform that absorbs a lot of the costs so that it is not out of pocket.” he explains. “In the US, the average company spends between $12,000 and $14,000 a year per employee on health insurance. And yet, most people, if they stay healthy, will never see any benefit from that health insurance, because they never really have to access it. We take part of your annual premium from employers, and we repurpose a portion of those dollars to be able to do the most the highest yielding screening techniques.”

Putting your health data to work

At its core, says Kapp, Fountain Life is a data-driven company.

“We’re all about collecting the data that gives us the insights into your health on a proactive basis,” he says. “For the average person, we collect about 150 gigabytes of data, and we believe we have the largest population of asymptomatic individuals in the world in terms of disease state.”

With most healthcare systems focused on ‘population health’, Fountain Life believes that real progress can only be made by focusing on the individual.

“What’s good for a population is not necessarily good for you as an individual because you’re genetically distinct from everybody on the planet,” says Kapp. “But if you’re really going to make precision medicine work, everybody needs a baseline, your own digital twin, and then you need advice on a day-to-day basis.”

“A lot of this is still basic – it’s about diet, exercise, inflammation, and controlling the things that we already know empirically. But the problem is unless you start to measure this on an ongoing basis, then you don’t really know what framework to put it in and what it means for you individually.”

Fountain Life’s goal is to build a very large database that will enable the company to develop these insights.

“I think there’s a lot of low-hanging fruit right now,” says Kapp. “Cancer detection is, of course, what gets everybody excited, but the reality is far more people die of heart disease than die of cancer. If we wipe out cancer tomorrow, we’ll probably extend the average human life expectancy by two years. But if we also attack heart disease, diabetes, hypertension, stroke, and dementia, that’s where the opportunity lies.”

“Where we are right now is unsustainable – there has to be a change. And I think that change is not more money to treat chronic disease, it’s about detecting disease at the earliest stages and reversing it.”