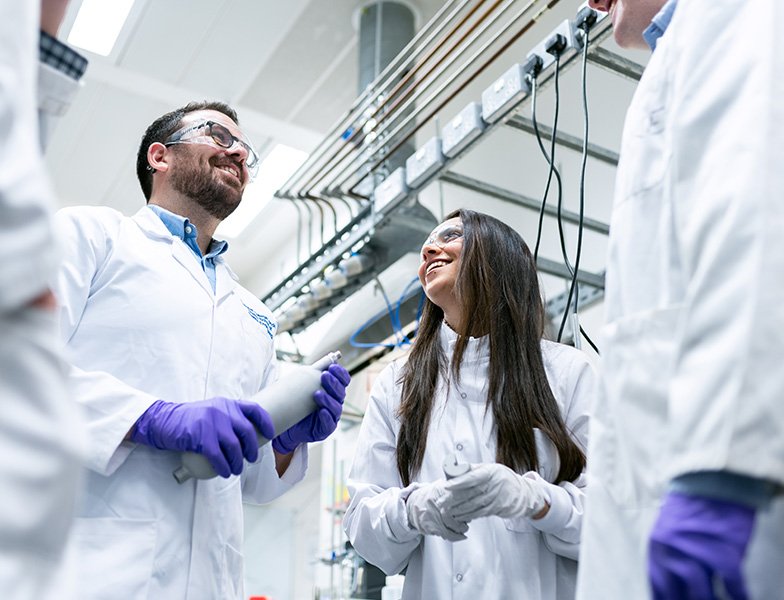 To view a full size version of Atropos’s profile please click here.
Atropos-Profile
.
Atropos Therapeutics is a biopharmaceutical company that aims to treat age-related diseases by improving healthspan with novel senescence targeting drugs called senosuppressors. Atropos focuses on the discovery of small molecule therapeutics that target molecular mechanisms that mediate senescence after growth arrest (SAGA). Its therapeutic framework is based on the critical finding that cells can progress directly from quiescence (a state of reversible cell cycle arrest) to senescence, a process called geroconversion. These drugs will not block senescence and allow increased cell proliferation, but rather will block the inflammation provoking behaviours of cells that are trying to become senescent.
First working out this pathway in the context of CDK4/6 inhibition during therapy-induced senescence, they have since shown that some of the molecular events underlying geroconversion were conserved in other types of cellular senescence and detectable in both in cultured cells and in tissue from mouse and humans. Hence, the molecular mediators that catalyse geroconversion are important factors that can be targeted to slow the rate of senescence formation, so it matches the rate of immune system decline that accompanies aging. Suppressing the rate at which cells become senescent enables a favourable therapeutic window for the body’s immune system to “catch up” and clear them away. The company’s leadership team includes leading scientists in the fields of senescence, drug development and clinical trial design, as well as translational expertise in cancer. This core background is supplemented with a strong entrepreneurial background and an advisory board including world-renowned experts in aging biology.
Atropos prides itself on being “one of the most academically-oriented companies in the senotherapeutics industry.” As a science-based company, they are “not linked to a particular belief, but rather trust that conducting rigorous science will lead them to the most robust answer.” Accordingly, the company is focused on the discovery of safe and effective therapeutics that target molecules and pathways that are conserved across senescent cell types and organisms rather than building their strategy on other established molecular targets already being pursued elsewhere. In this way, the company hopes to find multiple novel targets that effectively delay and treat a range of age-related diseases.
Atropos believes in a cross disciplinary approach in which each of its team members brings a unique perspective, outside common belief systems, to solve the “senescence problem”.
By operating in this way, Atropos hopes to provide novel insights into the characterisation of molecular events that are unique to SAGA and are not associated with other biological processes, such as in energy metabolism, and are not shared with other noncycling cells, such as reversibly arrested stem cells or differentiated cells. In doing so, Atropos seeks to identify therapeutics that have increased safety and selectivity for addressing senescence-associated pathologies.
In partnership with Scripps Molecular Medicine in Florida, Atropos developed its proprietary FATES™ technology (First ATRX-based Therapeutics to Elucidate Senescence), a drug discovery platform powered by rapid and quantitative high content screening. FATES identifies cells that are embarking on the pathway to senescence and screens for chemical matter that can modulate the formation of senescent cells for aging applications (senosuppressors) as well as oncology applications (senostimulators).
The compounds identified by FATES alter the distribution of ATRX foci in senescent cells, an event that Atropos has found to be early, ubiquitous and essential for SAGA. This phenotypic screen tells you that the compound interferes with senescence without allowing continued cell proliferation as the foci are the readout of a stable senescent state. The company’s proprietary technologies, expertise and partnerships allow them to discover large sets of compounds and deeply characterise their mechanism of action and influence on senescent biology at a rapid pace. The team at Atropos has already identified several candidate synthetic and natural compounds validated for senosuppression in multiple systems and is identifying appropriate degenerative disease-related models to generate preclinical proof of concept.
Atropos is using its proprietary FATES high throughput screening platform to develop a growing IP portfolio in collaboration with Estée Lauder and Atomwise. A patent has been filed for its drug screening methodology, and composition of matter patents are being considered for compounds identified with FATES. Although still an early-stage company, Atropos is in an excellent position to capitalise on its partnerships by using state of the art technologies and multi-disciplinary expertise to complete lead optimisation and select a candidate for clinical trial evaluation. Atropos believes that its unique promise resides in a robust R&D strategy that involves developing its drug pipeline by searching for efficacious targets based on high resolution screens, characterising mechanism of action in specific senescent cell types and having a high degree of redundancy built into its scientific framework.
Moving forward, Atropos seeks $1m in seed funding to initiate structure activity relationship (SAR) studies on existing hits, identify an indication to initiate preclinical studies and continue expanding its IP through drug discovery with FATES. Atropos is also formalising strategic partnerships with MSKCC to acquire additional IP from research conducted at Andrew Koff’s lab. Pioneering insights into the nature of geroconversion has led to the development of a state-of-the-art screening system allowing for the discovery and development of novel senotherapeutic compounds that modulate the rate of senescence accumulation. Atropos strongly believes that its sound scientific and business strategy, driven by world-renowned advisors and an experienced team with a track record of success, will generate novel senosuppressors that slow age-related diseases such sarcopenia and macular degeneration.
Access to the report can be found HERE, and check out our other senotherapeutic company profiles HERE.