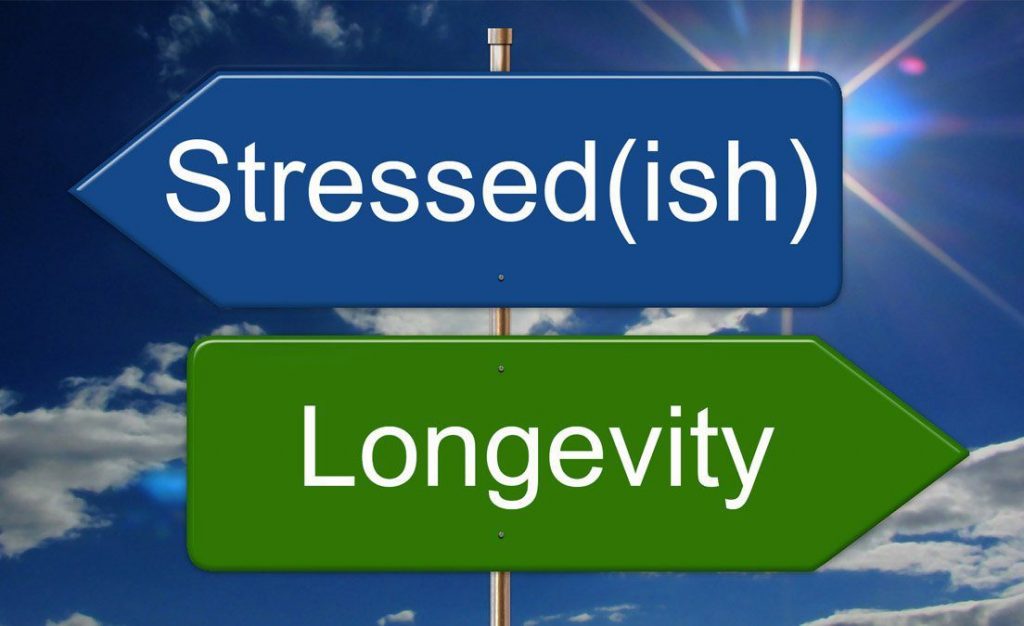 When it comes to the stress hormone cortisol, balance is everything, according to a new study in Germany.

There have been plenty of studies that have indicated that too much stress can play a key role in speeding up the aging process [1]. However, it turns out that having low quantities of the stress hormone cortisol in your body is not good for you either. So what is good stress?

Longevity.Technology: Commonly known as the stress hormone, or the “fight or flight” chemical, cortisol is what causes the body to prepare to react in the face of real or perceived danger. It’s the reason your heart rate speeds up, your blood vessels constrict and your muscles tense as you prepare to deal with impending trouble.

Having raised levels of cortisol in your bloodstream on an ongoing basis can lead to health problems because it can suppress the immune system. However, it’s all about balance. According to the latest research, low cortisol levels can cause issues of their own, resulting in inflammation and premature aging.

Pharmaceutical scientists Alexandra K. Kiemer and Jessica Hoppstädter from Saarland University, writing in the journal Aging Cell [2] have revealed that low levels of cortisol, together with a protein known as GILZ can trigger inflammatory responses in the body.

“This has been well-known for a long time,” said Professor Kiemer. “In fact, the scientific community refers to this phenomenon as ‘inflammaging’ – a portmanteau word that combines the two inseparably linked processes of inflammation and aging.”

What has been less clear, however, is the exact cause of these inflammatory responses. Now, the research from Professor Kiemer’s team, including lead researcher Dr. Hoppstädter has shed more light on the complex processes involved.

“All of these projects are still very much in the realm of basic research. A huge amount of work needs to be done before we have a medically effective drug.”

Levels of cortisol are lower in the elderly. Plus, the ability of macrophages, which are an important type of immune cells capable of activating inactive cortisol, also declines with age. This decrease in macrophage function can lead to an increase in inflammation.

The latest research from the Saarbrücken pharmaceutical research team has shown that there is one particular protein involved in macrophage malfunction in the elderly. The levels of this protein, Glucocorticoid-induced leucine zipper, or GILZ, are regulated in part by cortisol.

Kiemer and her team have been examining GILZ for a number of years and have discovered that lower cortisol causes macrophages to produce less GILZ, which leads to an inflammatory response. The research team genetically deactivated the GILZ protein in their study, confirming their theory that macrophages were activated as a result, in-turn leading to an increase in chronic inflammation response.

The German team is now involved in further research to find new active compounds which could increase GILZ levels in the human body in order to help to prevent this inflammatory process.

Their continued research is part of a body of work examining how preventing inflammation could be key to stymieing premature aging. An Italian team has determined that lengthening and maintaining telomeres could combat inflamm-aging. Meanwhile, a Chinese study has indicated that growth differentiation factor 15 has a key role to play in regulating age-related inflammatory response.

However, Professor Kiemer explained that any treatment as a result of her team’s research would not be simply looking at turning on or off the GILZ protein, which can have both beneficial and deleterious effects on the human body. She went on to point out: “All of these projects are still very much in the realm of basic research. A huge amount of work needs to be done before we have a medically effective drug.”

While it may be a number of years before any treatment is developed as a result, their work certainly adds an interesting new element in the study of inflammatory response and how it could eventually be controlled to increase human Longevity.

It’ll take time, so please don’t get stressed-out about it: ok, well maybe a little stress might help.