News > InnovationMagnetic field tech captures the ‘song’ of a drug 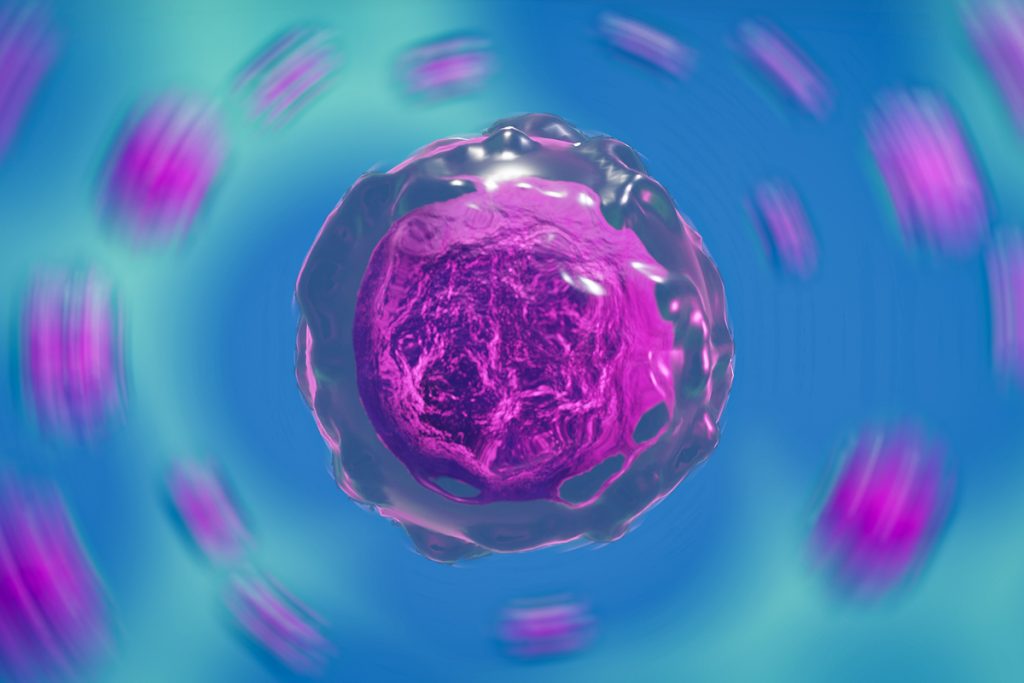 Magnetic fields are all around us. They exist whenever there is electric current and have been used in various aspects of medicine for decades. Today, magnetic fields are used in applications including magnetic resonance imaging (MRI), bone fracture repair, wound healing and pain reduction.

Taking things a step further, US startup EMulate Therapeutics has developed a unique magnetic field technology that has been shown to replicate the effect of drugs in humans and animal models – all without the presence of chemicals. Having spun-out companies in cancer, pain management and beyond, the company is seeking partners for longevity applications of its technology.

Longevity.Technology: The concept behind EMulate’s approach is mind-boggling. The company “records” the electromagnetic signature of specific molecules and is then able to use those recordings to effect changes in cellular behaviour, without using chemicals. In its most advanced programme, EMulate’s technology has completed feasibility clinical trials for adults and children with terminal brain cancer, using a recording derived from chemotherapy drug paclitaxel. We caught up with EMulate’s CEO Chris Rivera to find out more.

EMulate has more than 40 patents on its proprietary technology, which uses ultra-low radio frequency energy to produce therapeutic biological effects. The technology builds on ultra-sensitive listening devices developed by the US government during the Cold War period.

“These superconducting quantum interference devices (SQUIDs) are extremely sensitive listening devices called magnetometers,” says Rivera. “But instead of using a magnetometer to listen to a conversation in Beijing or Moscow, or a submarine in the middle of the Pacific Ocean, we use it to listen to molecules.”

EMulate “listens” to specific molecules in a solution that is chilled in liquid helium to 4.4 Kelvin (-270C).

“We super-cool our acquisition system so it’s basically as quiet as being in outer space,” says Rivera. “And when our target molecule is in that solution, it begins to tumble and turn, and it leaves a minute magnetic wake. Think of a canoe going down a canal. And that wake is full of digital information.”

EMulate’s magnetometer is sensitive enough, and the environment is quiet enough, that it allows the company to measure and record the magnetic wake over time.

“This gives us millions and millions of data points,” says Rivera. “And we convert that time domain series into a WAV file. The analogy I use is that we’re recording ‘the song’ of a molecule.”

A growing back catalogue

EMulate has now recorded the songs of dozens, if not hundreds, of biological models.

“We’ve demonstrated that every song we record from each different molecule, has a different caricature, a different signature,” says Rivera. “And they all work differently – they all create different reactions in biological systems.”

In 2019, EMulate spun out consumer technology company Hapbee, which focuses on wellness applications. But the company is also focused on developing therapeutic approaches for cancer, mental health, pain management and animal health, and has spun out new companies in all these areas.

Using EMulate’s work in brain cancer as an example, Rivera explains how the company recorded the signature of chemo drug Paclitaxel, and then built a device to be worn on the head that would allow the WAV file to be “played back” into the patient’s brain.

In the area of pain management, EMulate has derived signals derived from compounds including fentanyl, naproxen and CBD. The company recently published data that showed statistically significant reduction in visceral, neuropathic and inflammatory pain in animal models.

While the details of the mechanism of action are not fully understood, the company hypothesises that its recordings capture “non-covalent features” of the recorded molecule that can alter cellular behaviour.

“We emulate molecules that work non-covalently, meaning that they don’t bind to cells or receptor sites,” says Rivera. “Some 60% of approved drugs work in this way. When they come close their target, whether it’s a cell or a protein, they exchange information. And we believe that information is energy going from the molecule to the receptor site or the cell.”

There are several advantages of using EMulate’s technology, says Rivera, one of which is the speed at which the company can bring new treatments to market.

“Two years ago, in March, we decided to look into the area of psychedelics for mental health, and so we recorded things like psilocybin, MDMA and ketamine,” he says. “We took the WAV files with the songs of those agents to a CRO in Europe in the summer to conduct preclinical experiments in validated animal models. And we had the data report by September.”

“So, in less than a year, for less than a half a million dollars, we went from an idea to confirming the technology work in those models. And we had enough animal data that we’re now ready to go into Phase 1 human clinical trials.”

The ability to deliver locally is a key benefit, particularly when it comes to the brain.

“A lot of drugs and technologies have failed because many drugs can’t get past the blood brain barrier,” says Rivera. “We don’t have that issue.”

EMulate also believes that its chemical-free approach can have great benefits when it comes to well publicised challenges of drugs like opioids.

“Our recent pain management publication showed we could emulate the effects of fentanyl and morphine,” says Rivera. “If you are experiencing side effects, you can take the device off, and typically within 15 to 20 minutes, it subsides. So, we believe we would have a lesser propensity for addiction.”

“We can offer rapid onset, rapid decline, and fewer side effects. We can treat locally, we can potentially treat systemically, and we can pass the blood brain barrier, which is a huge advantage compared to a lot of drugs, chemicals, and chemistries.”

The road to longevity

From a longevity perspective, EMulate says that its pain studies show the technology’s potential against inflammation. The company has also demonstrated its effectiveness in areas such as anxiety reduction, sleep improvement and even cardiovascular performance.

“And it’s not drugs themselves, we can also mimic other chemistries like small inhibitor RNAs,” says Rivera. “Our technology can target specific genes at will, so we can also do directed gene silencing.”

While EMulate has not yet spun out a company specifically for longevity applications, Rivera explains that they just need the right partner.

“Based on the multitude of opportunities we have, we now have a vertical subsidiary for cancer, one for pain management, one for mental health, and one for animal health,” he says. “We have not created one yet for longevity, but it could be very easily done.”

“We’re the experts in the technology. When we create a subsidiary, we’re looking to partner with experts in those fields. That partnership could either be a joint venture, or we could have a direct investment and spin it out, take it public like Hapbee, or be acquired.”

“We could very easily create a longevity subsidiary where we would develop the technology, create the WAV files, and create the form factors for delivering.  The partner would bring the expertise to develop and eventually commercialise it.”