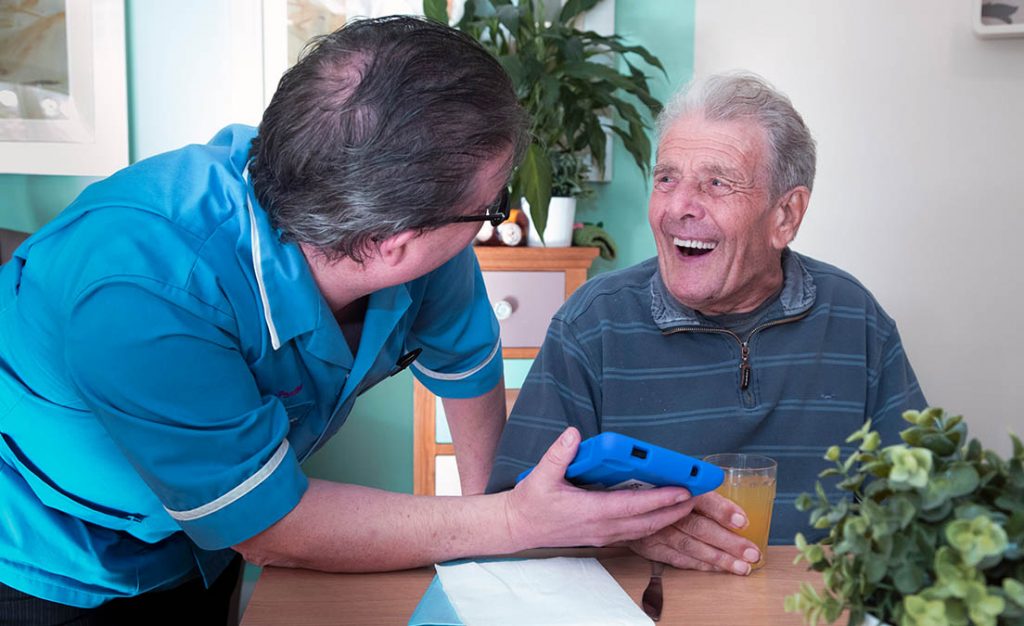 Music to your ears – our interview with Memory Tracks CEO Gordon Anderson.

The threat of neurodegenerative disease looms over the benefits of extended life. Slowing cognitive decline, and finding ways to mitigate the effects of debilitating conditions, such as Alzheimer’s, goes hand-in-hand with research into life extension.

Longevity.Technology: In this digital age, many companies are complement drug medication with alternative therapies that bring both lifespan and healthspan benefits. As the global population ages, managing the symptoms of dementia and slowing its progression are key items on countries’ health agendas.

Music is a potent memory trigger [1], and Memory Tracks is a care platform that links music to daily tasks to support those living with cognitive impairment such as dementia. The Memory Tracks app helps stimulate memory, manage agitation, assist with care, and support important daily routines through song-task association. By connecting “reminiscence songs” to necessary tasks through a simple app, Memory Tracks seeks to change behaviour, as well as making it much easier to give and receive care.

We put the needle on the record and touched base (bass?) with the Founder and CEO of Memory Tracks, Gordon Anderson, who told us how the company began.

“Memory Tracks has its origins in 2016 when one of the team, my daughter, was studying Music at University in Liverpool and wanted to write her dissertation on the use of music in helping those living with dementia,” Anderson says. “With my background in consumer tech, and my many connections, I helped her with the groundwork, and got hooked on the project!”

Anderson explains that the key to the app’s success to using music in care, is in having the right songs, which are easily accessible to the user.

“The Memory Tracks platform pre-selects songs based on the birth-year of the subject, focusing on when they were 5-12 years old, then links these memorable songs to care tasks and activities,” says Anderson. “The interface is extremely simple, making it intuitive when the care staff are otherwise very busy.”

“Once we have established a market, we will explore working with the NHS,” Anderson adds.

Last month Memory Tracks launched its Beta iOS and Android apps for general release. The company is promoting to home carers, domiciliary care providers and care homes and hope to recruit 1,000 users in order help it revise and improve the app. Anderson is keen for growth, but aware that the company faces challenges

“In 2021 we would like to serve over 7,000 UK customers, with 2022 seeing us look into international growth,” he told us. “Our greatest challenge is reaching our potential customers, often older individuals, and not big users of technology. The aging market is traditionally difficult to reach.

There are other challenges; music rights, and technology development, but these are being managed well.”

The funding tempo is accelerating, however, as Anderson explains: “We do plan to raise more funding and have discussions lined up for the Autumn, with the aim of securing £250,000 by the end of Q2 2021.”