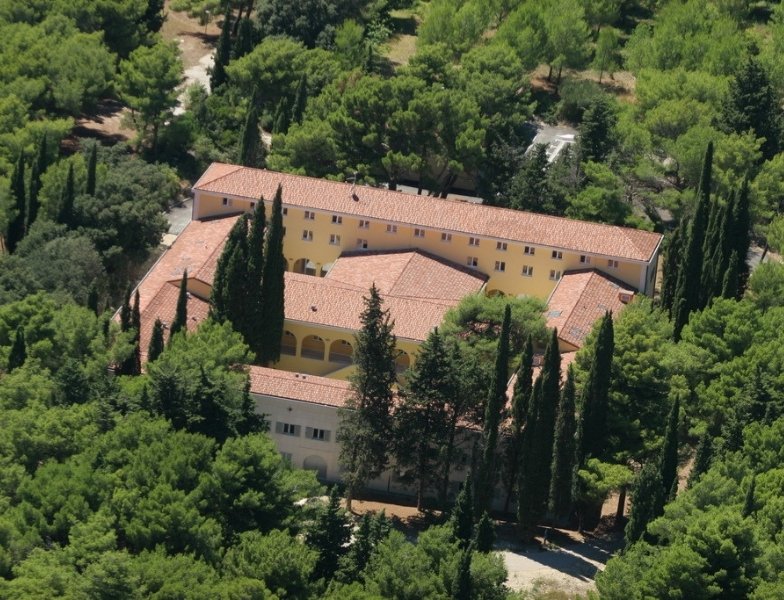 Fundamental research at MedILS has already led to the creation of longevity companies working on skin rejuvenation, antiaging supplements and biotech.

The Mediterranean Institute for Life Sciences (MedILS) is where longevity science is studied against a scenic backdrop fit for a Bond movie. From its idyllic location on Croatia’s Adriatic Coast, the institute is quietly working away on aging research that is driving the creation of exciting new longevity startups.

Longevity.Technology: MedILS was founded in 2003 by Professor Miroslav Radman, world-renowned for his work in the study of DNA repair. To learn more about the aging research happening at the institute, we spoke with Dr Francois-Xavier Pellay, who heads up the preventive and regenerative medicine group at MedILS.

Dr Pellay explains that MedILS’ focus on aging has evolved over the past 15 years, primarily driven by its founder, Prof Radman, who switched his research focus from DNA repair to the study of proteins.

“One of the big projects that has now been running for more than 10 years in the Institute, is based on this notion that proteins do pretty much everything in the cells – from maintenance to structure and metabolism everything is done by protein,” says Pellay. “Everything in aging and outside of aging is regulated, in one way or another, by protein. So the idea was, if we can protect protein against the damage of time, then we should be able to slow down the aging process. And that was the big starting point.”

One key area of the institute’s fundamental research into aging is in the area of protein mutations and variations, which don’t appear to affect young cells, but become problematic as cells age.

“When the cell gets older, the proteins become weaker and more sensitive to oxidation, and that’s when these mutations get expressed,” says Pellay. “But that’s why when people are young, they cannot see them – they have these mutated proteins, and when they grow older, their cellular environment gets weaker, the proteins start to aggregate, and the whole thing basically goes to hell.”

Another, more recent, area of research focus is dedicated to cellular communication, or “cellular parabiosis” – a reference to the heterochronic parabiosis experiments that reversed aging in mice.

“The starting point was the idea that something like parabiosis happens with our cells as well – potentially making weaker cells stronger or maybe stronger cells weaker,” says Pellay. “So that’s a topic that has been explored at MedILS for the past five or six years, and, most importantly, its role in aging.”

Pellay’s focus at MedILS extends beyond the fundamental research conducted in its labs. He has been working at MedILS for more than 12 years, but says that his “obsession” with finding solutions to aging started long before then.

“MedILS gave me the opportunity to dig into these ideas,” says Pellay. “The research in my longevity and rejuvenation group aims to identify new anti-aging molecules and conducts screening tests to identify compounds that can reverse aging in human cells.”

The work conducted in the group has already identified molecules that protect proteins against oxidation, and may have potential in the treatment of neurodegenerative disease, for example. Pellay says that a company has already been formed to develop a treatment for Parkinson’s based on this technology, and we hope to bring you more news of this company in due course.

Other companies to emerge from the MedILS labs include the protein-protecting food supplement Chronoshield, and Cell Culture Lab, which markets a skin rejuvenation treatment that involves injecting patients with their own rejuvenated cells (using autologous fibroblast injections) to reverse skin aging.

The need for synergy

Other areas of interest in Pellay’s group include the activation of autophagy, and mitochondria, for which it has developed antioxidant molecules to reduce the damage on mitochondrial DNA and on the respiratory chain proteins within it.

There is a pattern in the approach says Pellay, which relates to targeting cellular aging on multiple fronts.

“You can try to deal with it at the level of the mitochondria, but if you cannot, then you could at least try to protect the proteins so that the damage is reduced as much as possible. And if that still doesn’t work, then you have to try to boost the mechanisms that are here for the maintenance of the cell at the right moment. All of that together might have a big effect on aging at a cellular level.”

While Pellay is optimistic about the progress being made across the aging field, he believes that the singular focus of many companies and scientists on certain aspects of aging needs to change.

“To reach the next level, I think what is missing right now is the notion of combining these strategies,” he says. “Overall, the science community works on one very specific route, and it’s sometimes necessary to work like that. But I also think that the maturity of the field of aging and antiaging research means that combinations of approaches should now be seriously tested.

“We have to try and fix all the different problems that are caused by aging at the same time.”

Images courtesy of the Mediterranean Institute for Life Sciences