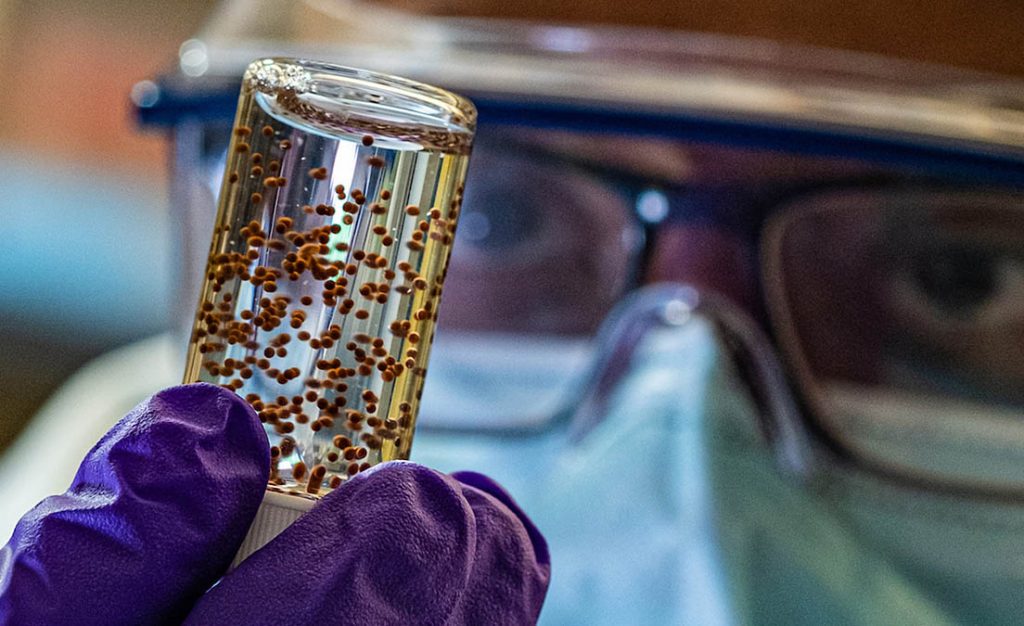 Back in 1971, soul singer Al Green asked the question: “How can you mend a broken heart?” Well, it turns out that, in 2020, a team of bioengineers and surgeons may now have the answer.

Longevity.Technology: The combined team from Texas-based Rice University and Baylor College of Medicine has discovered that by shielding stem cells with a special material, they are able to improve the chances that the cells will be successful in repairing damage caused by heart attack [1].

Given that cardiovascular diseases are the number one cause of death globally [2], this latest piece of research could be potentially significant for an aging population. The risk of heart attack increases markedly after the age of 65 [3].

Someone has a heart attack every 40 seconds in the US alone, and each heart attack can cause lasting, long-term damage. Hearts that have suffered a heart attack usually pump blood less efficiently, and scar tissue caused by the attack can lead to a loss in heart function, leaving the sufferer more susceptible to future heart problems.

Stem cells have long been shown to be promising in the treatment of heart disease. However, the challenge is that transplanted cells can die after being implanted because a patient’s own immune system can try to fight them off, even though they are designed to help.
The research team from Rice and Baylor may have found a way to solve that problem. They have created a protective membrane to encase mesenchymal stem cells (MSCs), which are vital for making and repairing tissue. By surrounding the cells in a hydrogel substance made from brown algae, they have been able to protect the stem cells from a potentially hostile host, while enabling them to deliver proteins to repair damage.

Using rodents, researchers, led by Omid Veiseh from Rice and Ravi Ghanta from Baylor, were able to show that these capsules of MSCs could be implanted close to damaged hearts using minimally-invasive techniques. The study demonstrated that within a four-week time period, heart healing for the mice treated with shielded stem cells was 2.5 times greater than the animals in a control group.

“MSCs live well in the hydrogels. They also secrete the same reparative factors …and, because the hydrogels are porous, the wound-healing factors just diffuse out.”

Ghanta, who is associate professor of surgery at Baylor, explained that previous studies have demonstrated that MSCs have the capabilities to encourage tissue repair following a heart attack. However, there has been limited success during clinical trials because the immune system kicks in and starts to “fight them” off.

“Initially, researchers had hoped that stem cells would become heart cells, but that has not appeared to be the case,” he said. “Rather, the cells release healing factors that enable repair and reduce the extent of the injury. By utilizing this shielded therapy approach, we aimed to improve this benefit by keeping them (the cells) alive longer and in greater numbers.”

Co-lead author Veiseh explained that because the immune system doesn’t recognise the hydrogels created by the research team as foreign, they don’t have a reaction against it. “So,” he added, “we can load MSCs within these hydrogels, and the MSCs live well in the hydrogels. They also secrete the same reparative factors that they normally do and, because the hydrogels are porous, the wound-healing factors just diffuse out.”

This latest piece of research follows work at Trinity College where cardiac patches lined with heart cells were created to restore heart attack-damaged heart tissue. Meanwhile, researchers at Northwestern University in Illinois and the University of California are also looking at ways to use hydrogels to treat heart scarring.

Rice University bioengineering graduate student Samira Aghlara-Fotovat has been credited with executing the latest project vision. She said: “Using hydrogels to deliver therapeutics was an exciting approach that aimed to overcome many challenges in the field of drug delivery. I also saw a clear path to translation into the clinic.”

It is now hoped that this “clear path” can be a quick and successful one to help future heart attack patients to recover from cardiovascular damage.