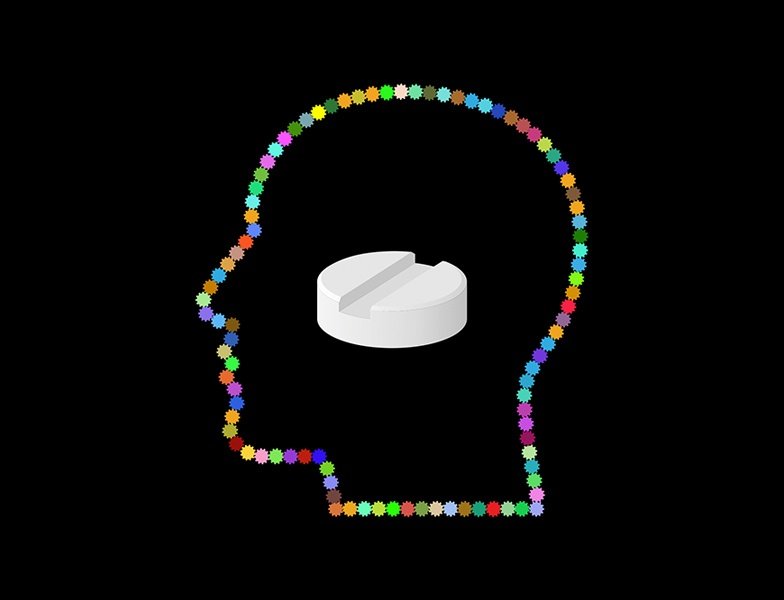 Metformin is a diabetes drug that’s already on the market, but there is growing evidence that it deserves attention as a longevity therapeutic.

Life expectancy is increasing 2.5 years per decade, and science is fighting to ensure that we remain healthy and have a sharp mind for as long as possible as we age.

Longevity.Technology: During aging there are myriad effects on the human brain and cognition. The causes are widespread, but the ultimate result is a decrease in memory and the development of neurodegenerative diseases. What can be done to stave off this decline?

One of the hallmarks of aging is a progressive increase in neuroinflammation in the hippocampus [1], characterised by microglia activation and hypertrophy of astrocytes. Both of these secrete high concentrations of proinflammatory cytokines, leading to hippocampus changes and decreased long-term potentiation, related to learning and memory, in middle aged animals [2, 3].

Two years ago, a study showed that an anti-inflammatory treatment can alleviate the adverse effects mentioned above [4], showing it is possible to mediate the age-related decline in cognition.

Metformin is a drug that currently has conflicting results in the longevity field. Metformin is clinically used to treat type 2 diabetes by regulating sugar release form the liver and by improving insulin signalling. Yet it is known to be a ‘dirty drug’ pharmacologically due to having a plethora of side-effects [5]. One of them could be improving cognition in middle aged adult animals.

The majority of studies in the literature present evidence supporting a beneficial effect of metformin on cognition. For instance, the risk of developing Alzheimer’s disease (AD) decreases in diabetes patients taking metformin, something that is not observed for patients taking other diabetes medication [6].

Metformin’s therapeutic promise is hampered by conflicting results. Dr Ashok K Shetty, of Texas A&M University, decided to elucidate the effect of metformin in aged animals on cognitive function. 18-month-old mice were given a 10-week treatment of metformin orally and conducted cognitive and biological tests. The results of this thorough study were very interesting.

This was established by the ability and time spent exploring a novel object that replaces an older, familiar one. Relative to the young mice, the middle-aged mice showed a pattern separation dysfunction as well as decreased motor mobility, as they were moving more slowly.

The 20-month-old control mice without treatment showed no difference in time taken exploring the novel and familiar objects, while the mice on the metformin treatment displayed ability to discriminate pattern separation that is hippocampus-dependent.

Similar experiments were conducted for testing object location memory function, where a familiar object is moved to a new spot. Recognition memory was also probed, where two objects are placed in a space and the mice were allowed to explore them. After, one object is moved, and the object left in the same spot is replaced with a novel one.

For both, only the aged mice on metformin recuperated the ability for object location memory and the ability to distinguish the novel object for recognition memory. This suggests cognition decline due to aging was restored by metformin. The decline in motor skills however was unaffected by the treatment.

Once the cognitive benefit was established, biological markers and pathways were explored. Microglia and astrocytes are associated with aging and after metformin treatment showed a difference with the control. The number of pathogenic microglial clusters decreased, and the microglia developed into a non-inflammatory M2 phenotype with neurons being more extensively connected. This perhaps explains the observed reversal of cognition dysfunction, where active M1 phenotype microglia are expressed.

Similarly, astrocytes appeared morphologically altered and less reactive relative to the control group. It is important to note that the total number of microglia and astrocytes remained the same, hence no new neuron or synapses were created.

Neuroinflammation markers, such as tumour necrosis factor-alpha (TNF-a), interleukin-1 beta and macrophage inflammatory protein-1, were reduced after the treatment. Yet mitochondrial activity, often accompanying inflammation, was not affected and consequently there was no interference with oxidative stress, which would bring its own complications.

Concentrations of phosphorylated adenosine monophosphate activated protein kinase (AMPK) increased and likely inhibited the formation of the mTOR complex, evidenced by its decrease in concentration [9]. mTOR is established to have a correlation to aging. In fact, Rapamycin is a strong longevity therapeutic candidate, which targets mTOR specifically.

Finally, “both aging and neurodegeneration are associated with diminishing autophagy in the brain”. mTOR inhibits autophagy, so it is no surprise that after metformin treatment autophagy was enhanced [10].

To sum up the extensive findings: the male mice treated with metformin showed improved brain function and cognition; but what about the contradicting studies?

The authors note that most studies employ variables that will affect outcomes. From length and dose of metformin treatment, to the types of cognitive tests employed and the age of the mouse at the time of administration. At the end of the day, mice models are just that – models. Human cognition cannot be compared with that of a mouse, no matter how intelligent the little critters are.

Nevertheless, the evidence in this study provides novel and compelling evidence for the longevity field to look into metformin as a therapeutic lead. The social, political, economic and simply emotional aspects to living healthier and happier lives are too important to not pursue this avenue of research, and it will be interesting to see if these results are borne out by the TAME trial, headed by Dr Nir Barzilai.