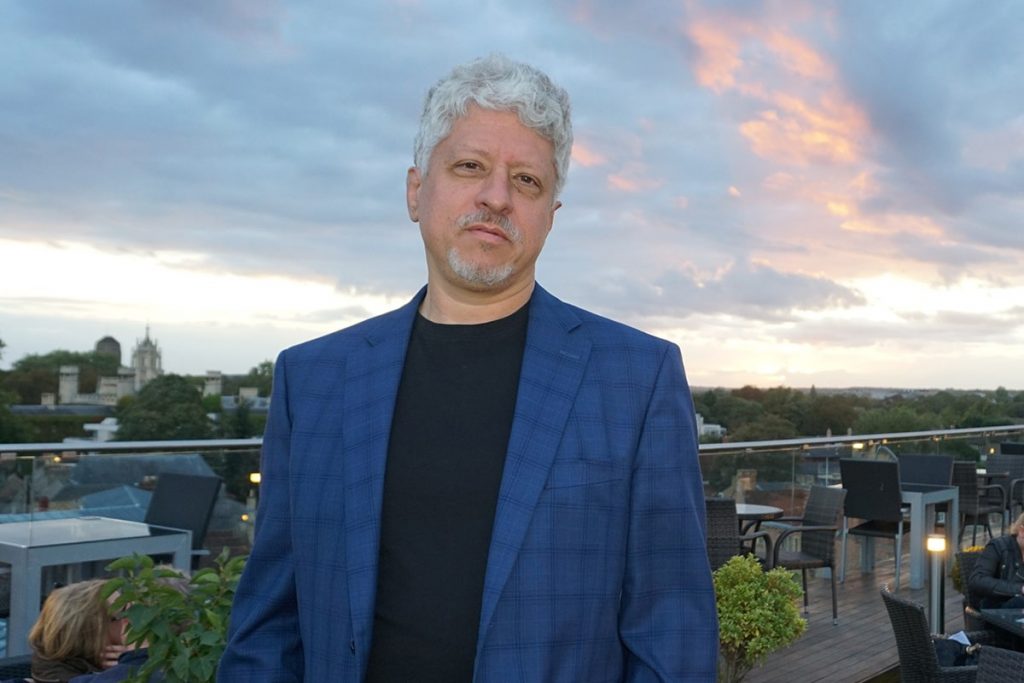 CEO Lou Hawthorne highlights importance of collaborations with leaders like the Mayo Clinic and reveals NaNotics’ plans to raise a $70 million Series B this year.

Last week, California nanomedicine company NaNotics announced a collaboration with the Mayo Clinic to explore the potential of its NaNot nano-extraction platform to develop cancer therapeutics in humans. NaNots are novel subtractive nanoparticles that treat disease by capturing and clearing pathogenic molecules from blood, and can be programmed to absorb specific targets that drive diseases ranging from cancer to sepsis to aging.

Longevity.Technology. We’ve covered the exciting science behind NaNots fairly comprehensively – check out our stories here and here. But the Mayo Clinic news tells us that this technology is much more than just exciting science – it is moving swiftly towards human trials, and is catching the attention of some of the world’s leading clinical institutions. We caught up with NaNotics CEO Lou Hawthorne to find out more about the collaboration.

The collaboration with the Mayo Clinic came about through Hawthorne’s interest in therapeutic plasma exchange (TPE).

“I learned that Mayo Clinic was using TPE to dilute the plasma of cancer patients to determine whether they can take down the level of soluble PD-L1,” says Hawthorne. “That made a big light bulb appear over my head. Soluble PD-L1 is a powerful tumour-generated immune inhibitor that’s been on our priority list of eight targets for years.”

Hawthorne read all of the Mayo group’s papers in this area and noted that they hadn’t yet tested for efficacy.

“That’s because they were being good scientists – the first thing they were doing was seeing if they could take down soluble PD-L1,” he says. “And they could, but it took several hours, and they were only getting it down by 50%. Whereas we know that NaNots can deplete pretty much any soluble target by greater than 95% in less than five minutes. So I thought these guys are probably going to be pretty interested in what we’re doing.”

Hawthorne was right. Within a few days he was on Zoom calls with several of Mayo’s top scientists, and a few months later, a collaboration agreement was in place.

“The Mayo agreement solves several problems for us,” says Hawthorne. “We’re very confident of the engineering side of our platform – we know we can target a specific molecule, and deplete that molecule quickly, deeply and safely. But the big question is, how can we get into humans quickly, effectively, with a minimum of risk? To do that we need a major partner and that’s where Mayo comes in. Not only are they world-class scientists with extensive experience with human trials, but they also come to the deal with antibodies.”

The importance of having access to antibodies cannot be underestimated. NaNots work by using a capture agent (antibodies, FAB fragments, aptamers, and so on) at their core, underneath a porous shield, and these capture agents can be tricky to source.

“They have to have very high affinity and specificity for the target,” explains Hawthorne. “The Mayo Clinic has two antibodies against membrane PD-L1, but the world doesn’t need another antibody drug against membrane PD-L1 or its cognate receptor on immune cells. That’s the largest drug class in oncology, but it’s totally saturated. However, inside a NaNot, a capture agent against membrane PD-L1 becomes specific for soluble PD-L1, which is a very different story.”

For a company like NaNotics, working with large clinical partners like the Mayo Clinic makes good sense.

“I can talk all day to an investor about the significance of a given pathogenic target in blood, and I’m not necessarily going to convince them,” says Hawthorne. “Mayo can talk about the same target for five minutes and the audience is convinced.”

Hawthorne believes that, in the future, NaNotics should focus less on biology and more on the biophysical capabilities of its platform.

“We need to understand biology and we do, up to a point, but we’re fundamentally an engineering company. We should simply be partnering with people who have more expertise in the biology of a specific pathogenic target – like Mayo and soluble PD-L1. We can come in and solve their problem from an engineering standpoint – by depleting their target, quickly, deeply and safely using NaNots.

“This will be the first of many partnerships with major medical institutions that understand the biology of a given target better than we do.”

Having recently closed off its $6 million bridge round, NaNotics is now preparing for a significant Series B raise, which Hawthorne expects will happen in Q1 or Q2 this year.

“The funding we raised through our bridge round allows us to get well into the Mayo collaboration, as well as doing some additional preclinical work and finalise our engineering tweaks,” he says. “In parallel with that work, we’ll be raising our Series B, which will be about $70 million. The big inflection point that will get us to is our first in-human trials. It’ll cover all our costs to do a couple of different trials, including the trial with Mayo. We’re also in dialogue with other groups looking at cancer and sepsis.”

NaNotics is already in discussions with investors, and Hawthorne has found that pharma venture funds are proving to be some of the most responsive groups to date.

“Pharma business units are already staffed by some very smart people, and the pharma venture funds cherry pick their teams from the best of the best,” he says. “The meetings we’ve had with those groups have been amazing. With non-pharma investors, it can sometimes take quite a while to cover the background biology, but we don’t have to do that at all with pharma venture funds. They bring immunologists, biomedical engineers, and drug discovery and design people to the table, so it’s been a very fruitful discussion.”
Photograph: NaNotics