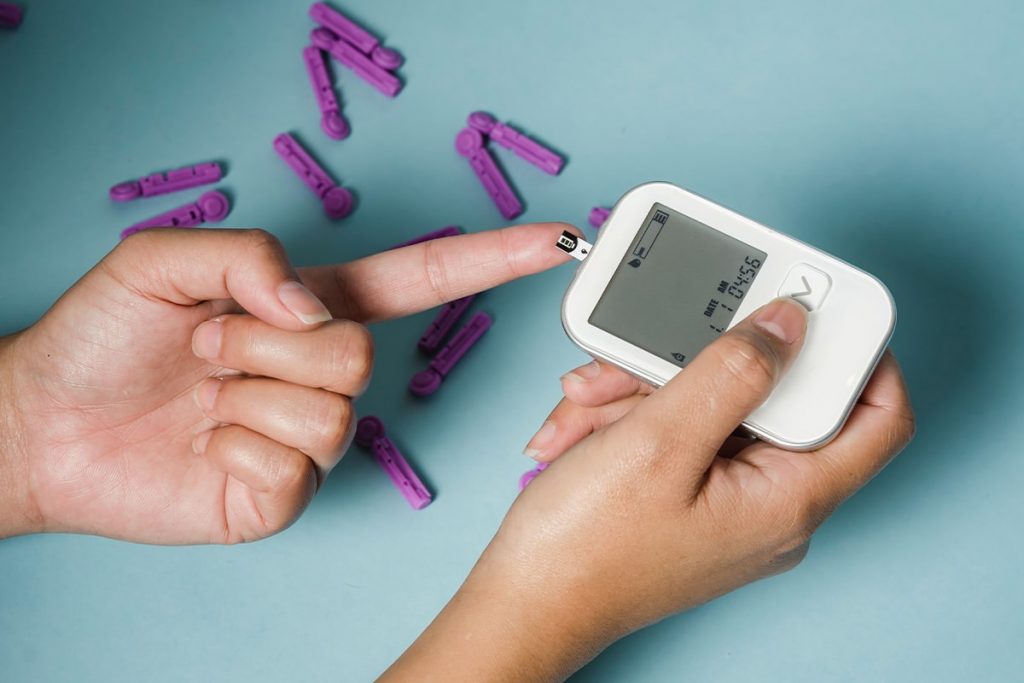 Managing blood sugar levels requires round-the-clock attention for people diagnosed with diabetes. A healthier diet and upping your exercise can help, but many with the condition also need to take regular shots of insulin — the primary hormone that regulates sugar. To deliver this drug in a less invasive way, researchers have developed a prototype insulin-loaded patch that comfortably sticks to the inside of a person’s cheek.

Longevity.Technology: According to the American Diabetes Association, approximately 6 million Americans use insulin to help control their diabetes, either because their bodies don’t make the hormone (Type 1) or don’t respond well to what they do make (Type 2) [1].

People primarily take insulin by injecting themselves with pens or syringes, or they have semi-permanent pumps implanted. These methods are invasive and uncomfortable, and they require safe needle or biohazard disposal and sterile conditions. Previous research has explored other ways to deliver insulin through the skin, such as gel-like lotions, but the skin is too good at its job of keeping things out, meaning, drugs move into the body at too slow a pace to be an effective treatment – time for something a little more cheeky!

Although the skin has proved a tricky barrier to overcome, the membrane lining the inside of the mouth is very thin, about one quarter the thickness of skin, making it a potential place for drugs to easily enter the bloodstream.

Sabine Szunerits, Professor of Chemistry at the University of Lille, and colleagues wanted to see if a material they had previously developed — a polymer fibre mat that is activated by heat to release drugs — could be a solution, attaching to the cheek’s lining and delivering insulin via the inside of the mouth in those with diabetes.

The researchers began by soaking small squares of a nanofibre mat, made from electrospun fibres of poly(acrylic acid), β-cyclodextrin and reduced graphene oxide, in a solution with insulin for three hours. Then the team applied the insulin-loaded patches onto cheek linings and corneas from pigs. Heating the material with a near-infrared laser for 10 minutes to 122°F (50°C) activated the material and released the insulin into the two types of membranes several times faster than through skin [2].

In addition, the researchers placed the patches in vivo inside the cheeks of three insulin-dependent pigs. The cheek linings showed no irritation or visual changes from the laser’s heat, and as soon as the material was activated, the pigs’ blood sugar levels dropped, with the whole dosage being delivered over a twenty-minute period. While the animals’ blood sugar levels were dropping, their plasma insulin levels were increasing, which the researchers say is proof-of-concept that this preliminary platform is efficient at getting insulin into the bloodstream. In addition, the pigs’ cheek linings showed no signs of damage or irritation.

Finally, six people placed a placebo version of the patch inside their cheeks, wearing it for two hours. No irritation was reported by the volunteers, who all reported that the patch felt comfortable during the two-hour trial period.

This adapted tech already shows signs of scalability as the patches can be reloaded with insulin and reused again and again. The research team is currently seeking commercial partners with the aim of moving towards human clinical trials, but in the meantime, the researchers say their next step is to conduct further preclinical studies of the prototype on animal models [3].