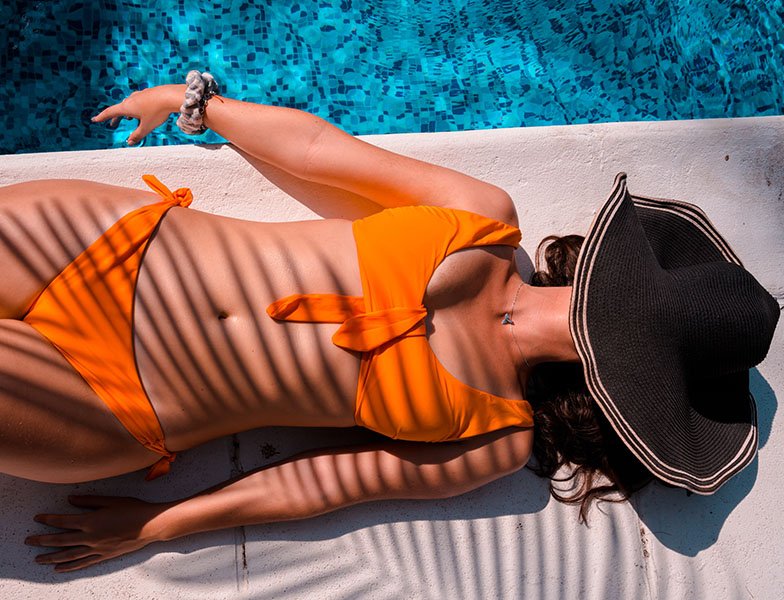 Two new molecules that generate minute amounts of the gas hydrogen sulfide have been found to prevent skin from aging after being exposed to ultraviolet light found in sunlight.

Sunburn is a major cause of premature aging in skin, and a primary risk factor for skin cancer, and other skin problems associated with aging. Now, an international research team has made inroads towards being able to reverse or delay this damage for the first time.

Longevity.Technology: In the study published in Antioxidant and Redox Signaling, the team exposed adult human skin cells and the skin of mice to ultraviolet radiation (UVA). UVA is the part of natural sunlight which damages unprotected skin and can penetrate through windows, and even through some clothes. It causes skin to age prematurely by turning on skin digesting enzymes called collagenases. These enzymes eat away at the natural collagen, causing the skin to lose elasticity and sag, resulting in wrinkles. UVA also penetrates deeper into skin than the UV radiation that causes sunburns (UVB), and it damages cellular DNA, leading to mutations that can contribute to some skin cancers. Classic sun creams people use on holiday sit on top of the skin and absorb UV radiation, but they do not penetrate the skin where the long-lasting damage occurs.

However, the team’s research paves the way for a new way to protect the deeper layers of skin using two compounds invented at the University of Exeter: AP39 and AP123.

The research was led by Professor Matt Whiteman at the University of Exeter Medical School and Professor Uraiwan Panich at the Faculty of Medicine Siriraj Hospital, Mahidol University, in Thailand. In the experiments, the compounds did not protect the skin in the same way traditional sun creams prevent sunburn, but instead penetrated the skin to correct how skin cells’ energy production and usage was turned off by UVA exposure. This then prevented the activation of skin-degrading collagenase enzymes and subsequent skin damage [1].

The compounds used in this study were previously shown to have impressive effects in reducing skin inflammation and skin damage after burn injury and atopic dermatitis (eczema). In an anti-aging context, they prevented human skin cells in test tube experiments from aging, but this is the first time the effects of photo-aging have been seen in animals.

Professor Uraiwan Panich, of the Faculty of Medicine Siriraj Hospital, Mahidol University, in Bangkok, a co-senior author on the paper, said:  “The compounds AP39 and AP123 specifically target the energy generating machinery inside our cells, the mitochondria, and supply them with minute quantities of alternative fuel, hydrogen sulfide, to use when skin cells are stressed by UVA. The direct result of this was the activation of two protective mechanisms. One is a protein call PGC-1α, which controls mitochondria number inside cells and regulates energy balance. The other is Nrf2, which turns on a set of protective genes that mitigate UVA damage to skin and turn off the production of collagenase, the main enzyme that breaks down collagen in damaged skin tissue and causes skin to look significantly more “aged” [2].”

Professor Matt Whiteman, of the University of Exeter Medical School, a co-senior author on the paper added: “Some skin sun creams and cosmetics contain ingredients thought to protect mitochondria from UV radiation. However, it isn’t clear that these cosmetic skin-applied substances get inside skin cells at all, whereas we found that our molecules penetrate cells and specifically target mitochondria where they are needed. By protecting mitochondria, we also preserve and upregulate the protective mechanisms by which mitochondria control inflammation, protect cells and prevent tissue destruction. Currently, we have no way of reversing or delaying skin ageing caused by sunlight exposure. Our results are a really exciting step towards that goal, and could one day help reduce age-related skin conditions, as well as be useful in other conditions resulting from the ageing process [2].”

The important observation noted was the compounds only regulated energy production, PGC-1α and Nrf2 in skin that was exposed to UVA. This suggests a novel approach to treating skin that has already been damaged by UV radiation, and could potentially reverse, as well as limit, that damage [1].

While more research is now needed, long term implications of this work could be medical as well as cosmetic, where protecting skin from UV light is important. For example, not only premature skin aging and skin cancers, but UV light allergies, solar urticaria (hives) and rare hereditary skin diseases such as xeroderma pigmentosum, although further work is needed. The Exeter team are currently mid-way through testing newer and more potent molecules able to do the same task using newer approaches via the University of Exeter spin-out company MitoRx Therapeutics; a company developing highly potent mitochondrial drugs for clinical use.