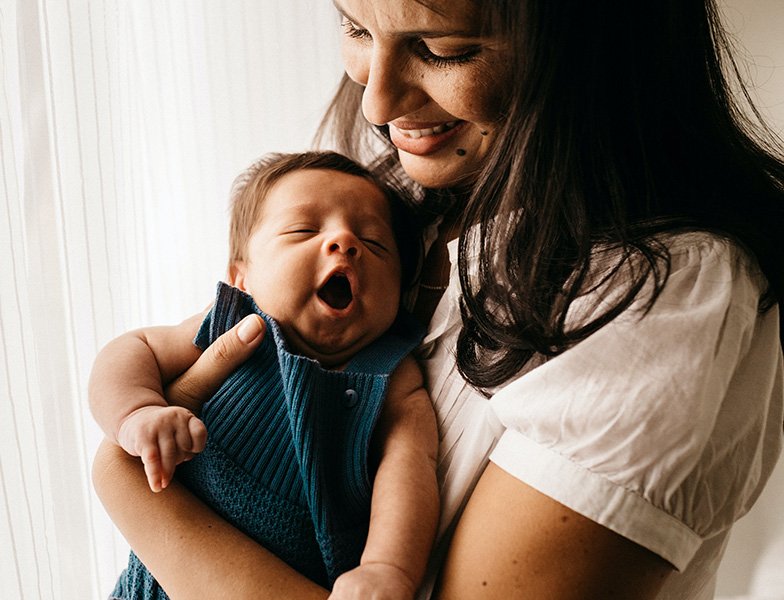 The age at which women go through menopause is critical for fertility and impacts healthy aging in women; insights into reproductive aging have proved elusive – but that is set to change.

Scientists have identified nearly 300 gene variations that influence reproductive lifespan in women. Additionally, in mice, they have successfully manipulated several key genes associated with these variants to extend their reproductive lifespan. Their findings, published today in Nature, substantially increase our knowledge of the reproductive aging process, as well as providing ways to improve the prediction of which women might reach menopause earlier than others.

Longevity.Technology: While life expectancy has increased dramatically over the past 150 years, the age at which most women go through natural menopause has remained relatively constant at about 50 years old, meaning that reproductive lifespan of women has become strikingly short in the context of overall lifespan. Women are born with all the eggs they will ever carry, and these are gradually lost with age. Menopause occurs once most of the eggs have gone, however natural fertility declines substantially earlier.

At Longevity.Technology we believe that women’s age-related decline in ovarian health needs to be at the forefront of scientific research in the field of both reproductive medicine and longevity research.

Co-author of the Nature paper, Professor Eva Hoffmann, of the University of Copenhagen, said: “It is clear that repairing damaged DNA in eggs is very important for establishing the pool of eggs women are born with and also for how quickly they are lost throughout life. Improved understanding of the biological processes involved in reproductive ageing could lead to improvements in fertility treatment options [1].
This research has been achieved by a global collaboration involving academics from more than 180 institutions, and jointly led by the University of Exeter, the MRC Epidemiology Unit at the University of Cambridge, the Institute of Biotechnology and Biomedicine at the Universitat Autònoma de Barcelona, and the DNRF Center for Chromosome Stability at the University of Copenhagen. Their findings identify new genetic variations linked to reproductive lifespan, increasing the number known from 56 to 290 [2].
The new discoveries were made possible through analyses of datasets from hundreds of thousands of women from many studies including UK Biobank and 23andMe. Data from 23andMe was provided by customers who have opted-in to participate in research. While the large majority are from women of European ancestry, they also examined data on nearly 80,000 women of East Asian ancestry, and found broadly similar results.
The team discovered that many of the genes involved are linked to processes of DNA repair. They also found that many of these genes are active from before birth, when human egg stores are created, but also throughout life as well. Notable examples are genes from two cell cycle checkpoint pathways – CHEK1 and CHEK2 – which regulate a broad variety of DNA repair processes. Knocking out a specific gene (CHEK2) so that it no longer functions, and over-expressing another (CHEK1) to enhance its activity each led to an approximately 25 per cent longer reproductive lifespan in mice. Mouse reproductive physiology differs from humans in key ways, including that mice do not have menopause. However, the study also looked at women who naturally lack an active CHEK2 gene, and found they reach menopause on average 3.5 years later than women with a normally active gene [2].
Co-author Professor Ignasi Roig, from the Universitat Autònoma de Barcelona, said: “We saw that two of the genes which produce proteins involved in repairing damaged DNA work in opposite ways with respect to reproduction in mice. Female mice with more of the CHEK1 protein are born with more eggs and they take longer to deplete naturally, so reproductive lifespan is extended. However, while the second gene, CHEK2, has a similar effect, allowing eggs to survive longer, but in this case the gene has been knocked out so that no protein is produced suggesting that CHEK2 activation may cause egg death in adult mice [1].
The genes identified by this work influence the age at natural menopause and can also be used to help predict which women are at highest risk of having menopause at a young age.
Co-author Dr Katherine Ruth, of the University of Exeter, said: “We hope our work will help provide new possibilities to help women plan for the future. By finding many more of the genetic causes of variability in the timing of menopause, we have shown that we can start to predict which women might have earlier menopause and therefore struggle to get pregnant naturally. And because we are born with our genetic variations, we could offer this advice to young women [1].
The team also examined the health impacts of having an earlier or later menopause by using an approach that tests the effect of naturally-occurring genetic differences. They found that a genetically earlier menopause increases the risk of type 2 diabetes and is linked to poorer bone health and increased risk of fractures. However, it decreases the risk of some types of cancer, such as ovarian and breast cancer, that are known to be sensitive to sex hormones which are at higher levels while a woman is still menstruating.
Co-author Dr John Perry, of the Medical Research Council (MRC) Epidemiology Unit at the University of Cambridge, a senior author on the paper, said: “This research is incredibly exciting. Although there’s still a long way to go, by combining genetic analysis in humans with studies in mice, plus examining when these genes are switched on in human eggs, we now know a lot more about human reproductive ageing. It also gives us insights into how to help avoid some health problems that are linked to the timing of menopause [1].
[1] https://www.exeter.ac.uk/news/research/title_870643_en.html
[2] https://www.nature.com/articles/s41586-021-03779-7