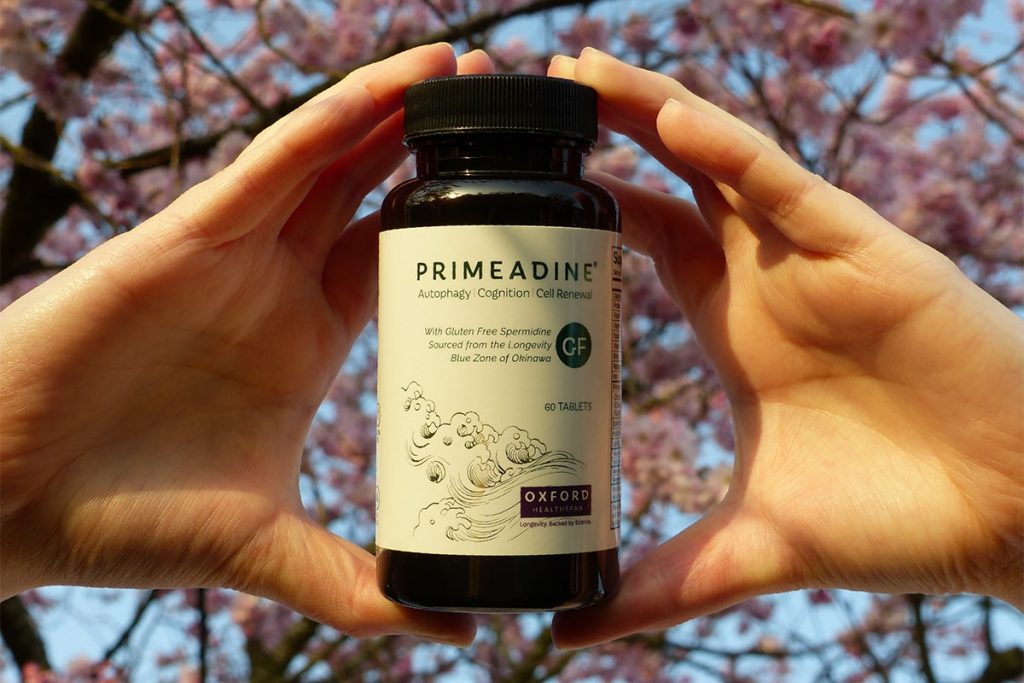 Oxford Healthspan is building out its brand with a savvy new spermidine supplement – catering to those who wish to avoid wheat in their diets, those suffering from Coeliac disease or small intestinal bacterial overgrowth (SIBO) or those on a lectin-free/paleo diet, but who still want to take their autophagy and cell renewal to the next level.

Longevity.Technology: We are becoming hyperconscious about what is in our food, crafting our diets to work with our microbiome, promoting bioavailability and being vigilant about intolerances. Wheatgerm is a good source of spermidine, but supplements that use it as their source won’t be finding their way into the baskets of GF-shoppers. Wanting to make a supplement with a more universal appeal, Oxford Healthcare has turned to Chlorella, a type of algae that grows in freshwater and is native to Japan and Taiwan. As well as being rich in protein, vitamins, minerals and fibre, Chlorella is a good sources of spermidine, giving those wanting to increase spermidine in their diet the green light.

Spermidine is a polyamine which occurs naturally in the body and which regulates important cellular functions, including synthesis of proteins, cell proliferation and cell differentiation. Spermidine also stimulates cell autophagy by mimicking the effects that caloric restriction has on cells in the body. However, as we age, our spermidine levels, as well as our rate of autophagy, decline, leaving cells more exposed to damage from the hallmarks of aging. This can be countered by taking spermidine supplements. Primeadine GF has a base of a particular sub-species of Chlorella with especially high spermidine content which has been achieved by optimal sun exposure. As conditions change depending on season, Oxford Healthcare test each batch to ensure purity and potency.

READ MORE: Everything you need to know about spermidine

However, the Japanese influence doesn’t end at geography; as well as Chlorella from the volcanic island of Okinawa, Primeadine GF contains two additional synergistic, longevity-enhancing ingredients from traditional Japanese Medicine – turmeric and Shikuwasa lime. This Okinawan citrus is famed in Japan for its high flavonoid content, in particular, for a molecule known as nobileten which has been shown to mitigate weight gain without changing food intake and diminish lipid content [1] while also improving mitochondrial respiration in every cell in the body [2].

It is also an autophagy stimulator, like spermidine [3].
Okinawan turmeric is prized for its anti-inflammatory effects, similar to spermidine. Grown on the rich volcanic soil of Okinawa, this root is able to burrow deep into the soil and achieve a higher nutrient density than turmeric grown elsewhere. Combined together in a 2-tablet dose, Primeadine GF provides 1.2mg of spermidine daily, along with naturally occurring Vitamins D and K, both needed to drive calcium to the bones. Also included are B vitamins, including pantothenic acid (B5), folate (B9), biotin (B7) and B12, Iron and Lutein, a carotenoid which supports eye health. The formulation also includes the polyamine putrescine, a precursor needed to make more spermidine inside your body.

Leslie Kenny, the Founder & CEO of Oxford Healthspan, told us: “We are so excited to bring a gluten- and soy-free product to market with the minimum effective dose of spermidine in it. As a recovered Autoimmune patient and a hypothyroid patient, I fully understand the needs of those avoiding gluten, soy and other potential allergens and AI triggers in their diet and am incredibly pleased that we will be able to meet these unmet market needs.

Longevity.Technology readers can benefit from a 20% discount on both Primeadine GF single bottle and three-month supply purchases – just use code LT2022 at the checkout!