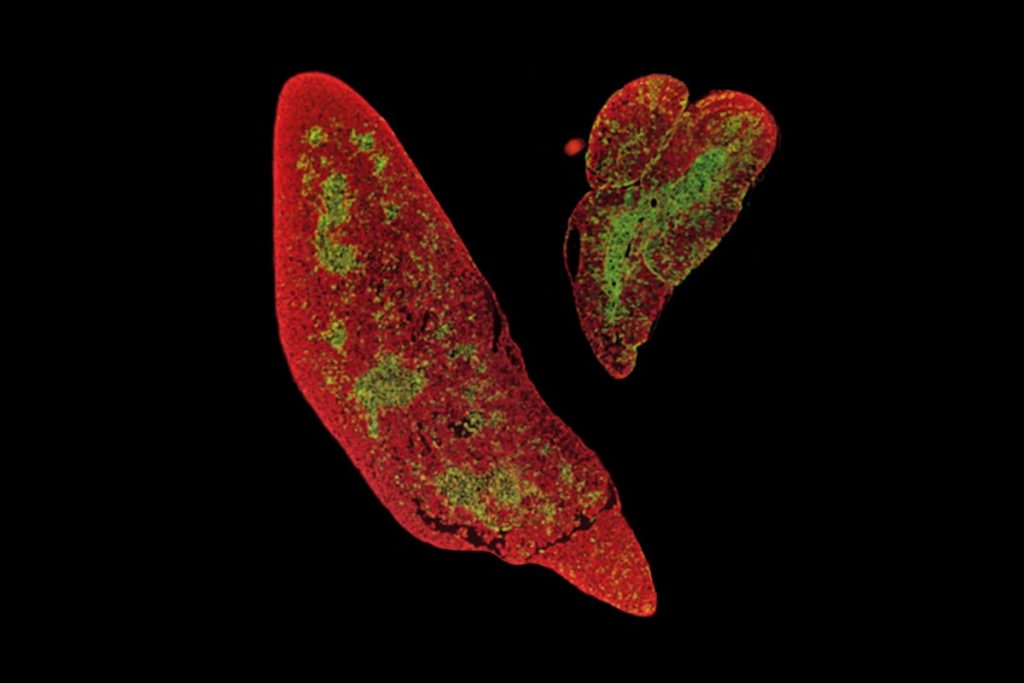 Researchers identify epithelial stem cells that control the growth of the thymus, a breakthrough which could pave the way to therapeutic approaches.

The thymus is a crucial organ of the immune system. In the thymus, the well-known T cells mature; as killer cells, they recognise and destroy virus-infected or malignant cells, and as so-called helper T cells they assist the body in antibody formation.

Longevity.Technology: In the last couple of decades, Thomas Boehm’s research group at the Max Planck Institute of Immunobiology and Epigenetics in Freiburg has been working to identify the genetic switches required for T cell maturation in the thymus. An essential component for this process are so-called thymic epithelial cells, which attract T cell precursors and induce them to mature into fully functional T cells.

During this development, T cells are instructed to distinguish diseased from healthy cells and foreign material from the body’s own cells, thus enabling them to detect and eliminate unwanted structures and prevent autoimmune diseases.

Earlier work in the Boehm laboratory had shown that the two main types of thymic epithelium arise from bipotent progenitor cells, which have the ability to develop into two types of cell. However, it was unclear whether there is more than one type of progenitor, and it was unknown into how many sub-forms the progenitors differentiate.

In collaboration with the laboratory of Dominic Grün (previously at the MPI of Immunobiology and Epigenetics in Freiburg, now Max Planck Research Group at the University of Würzburg), a specialist in single-cell RNA analysis, the researchers have now succeeded in describing the unexpected diversity of thymic epithelial cells at the transcriptional level.

Algorithms developed in Grün’s laboratory for the precise description of differences in the gene activity of individual cells made it possible to identify potential precursor cells. The next step for the researchers was to experimentally verify the predictions using a “barcoding” system using CRISPR gene editing. The barcoding method, which had been developed in the laboratory of Thomas Boehm, allows researchers to assign a molecular signature to precursor cells; this signature is then carried along by all cells that emerge from the precursors, and in this way, the researchers were able to derive a family tree of epithelial cells.

After a long period of method development that was marked by many setbacks, Anja Nusser from the Boehm lab and Sagar from the Grün lab together succeeded in developing a method that connects information from the phylogenetic tree with the molecular characteristics of individual cells. As a result, for the first time it became possible to study the development of thymic epithelium at different ages in exquisite molecular detail.

This kind of analysis is of particular interest to immunologists because the thymus is subject to significant changes during life. Rapid organ growth and massive T-cell production are characteristic of the early developmental stages, but in contrast, there is a gradual loss of functional thymic epithelial cells in old age and, therefore, decreased T-cell production. These age-related changes are associated with a reduced immune function [1].

At early time points, mainly cortical thymic epithelial cells are formed; these primarily contribute to the production of T cells, but at later time points, the primary output is on medullary thymic epithelial cells. They ensure that no self-reactive T cells are released from the thymus into the body, so they contribute significantly to protection against autoimmunity.

The sophisticated combination of transgenic animal models from the Boehm laboratory with state-of-the-art methods of single-cell profiling of the Grün group allowed the researchers to examine the effect of increasing the proliferation of thymic epithelial cells.

It was of particular importance to determine whether early stimulation of the thymus with a dedicated growth factor leads to undesirably faster consumption of stem cells and therefore to premature shrinkage of the thymus. However, the data obtained by the researchers suggest that this is not the case.