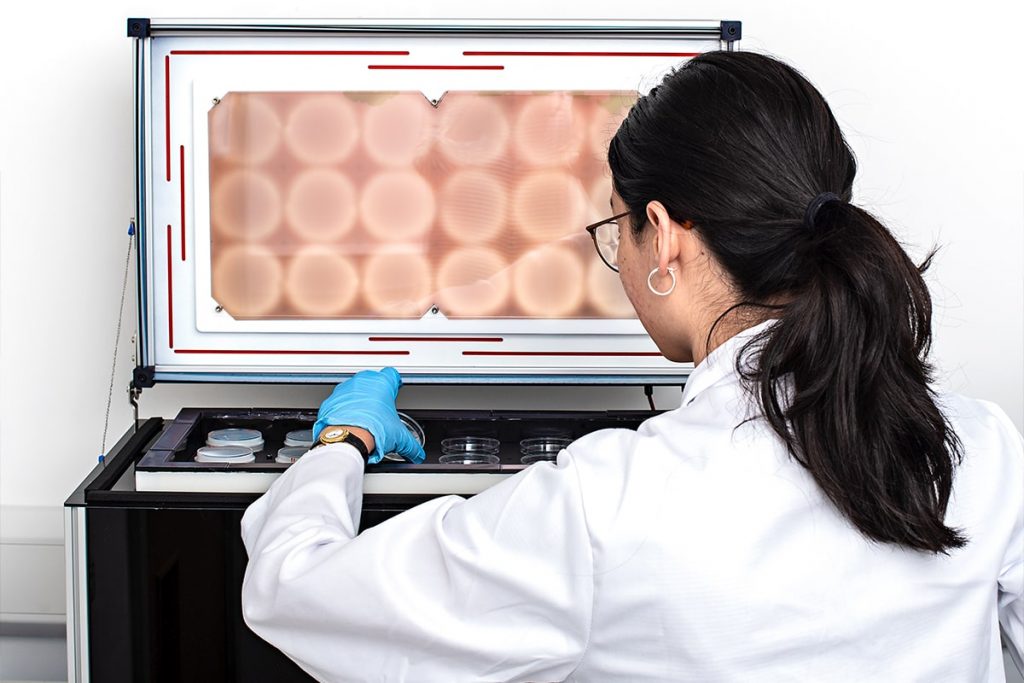 Preliminary data generated through a collaboration between contract research organisation Magnitude Biosciences and biotech investor and entrepreneur Dr Ethan Perlstein was announced today on the opening day of Longevity Summit Dublin. The project looked at the effects of a small molecule called SMER28 – a known inducer of autophagy – on the healthspan of the C elegans nematode (worm). Demonstrating Magnitude’s capabilities to automate and accelerate worm studies at scale, the results showed “a robust positive effect on healthspan” at certain concentrations.

Longevity.Technnology: When we interviewed Magnitude’s co-founder Dr David Weinkove recently, he introduced the company’s platform for automating measurement of healthspan changes in C elegans. Today’s announcement shows how that platform can be leveraged, and, while the results have yet to be peer-reviewed, provides interesting insight into how early-stage longevity research might benefit.

Perlstein says he first discovered SMER28 in the mid-2000s during his PhD thesis research in Professor Stuart Schreiber’s lab at Harvard University.

“I’ve been fascinated with the mTOR pathway since I first learned about how it sits on the throne of cellular metabolic decision-making,” he says. “Because a yeast screen enabled the discovery of SMER28, I thought it only made sense to take advantage of other model organisms to elucidate the mechanism of action and protein target of SMER28.”

In the earlier research, Perlstein and others used a multi-species approach to drug discovery that started with a yeast chemical modifier screen and was followed by studies in flies and human cells to further understand the mechanism of action. Subsequently, SMER28 was shown to improve models of anaemia in human hematopoietic stem cells, zebrafish and mice. However, there was no known effect on healthspan, and the target remained unknown.

Perlstein is the founder of biotech public benefit corporation Perlara, although his interest in SMER28 is unrelated to that work. He selected Magnitude Biosciences to investigate the efficacy of SMER28 to promote health and slow aging, as he was familiar with how studies in the C elegans could be translatable for drug discovery, and that the company had unique capabilities and a reputation for strong data reproducibility.

In a statement, Magnitude Biosciences revealed that “SMER28 showed toxicity at relatively low concentrations” but company’s platform was able to identify “a range of concentrations with a robust positive effect on healthspan.” Magnitude also stated that establishing a dose response of SMER28 demonstrated the sensitivity of its technology “to identify tight therapeutic windows of compound concentrations that slow aging.”

Seeking a mechanism for slowing aging

Interestingly, the target of SMER28 was recently identified in human cells as the Valosin-containing protein (VCP, also called p97) by researchers at the University of Cambridge.

Magnitude said today that the target is well conserved in C elegans, “opening up an exciting opportunity to further study SMER28 in vivo to determine the mechanism for slowing aging.”

The hope is that this work will provide a platform to discover new molecules (derivatives of SMER28) that hit the desired target to slow aging but avoid the toxicity. This new safe molecule could be used to develop therapeutics to slow aging in humans.

“I’m hopeful that working with Magnitude we can find a creative way to fund further work on SMER28 and its effects specifically on healthspan and longevity now that we know its target is VCP/p97,” says Perlstein. “Collaborating with the VitaDAO community could be one such path forward.”

Magnitude CEO Weinkove said, “This project shows how we can respond quickly to test a hypothesis from an emerging longevity entrepreneur with limited resources and help them build a case for further investment. It also shows that we can reproducible detect a relatively small positive effect and build a platform that can be used to screen new derivatives to find those that are more potent and have an improved safety profile.”