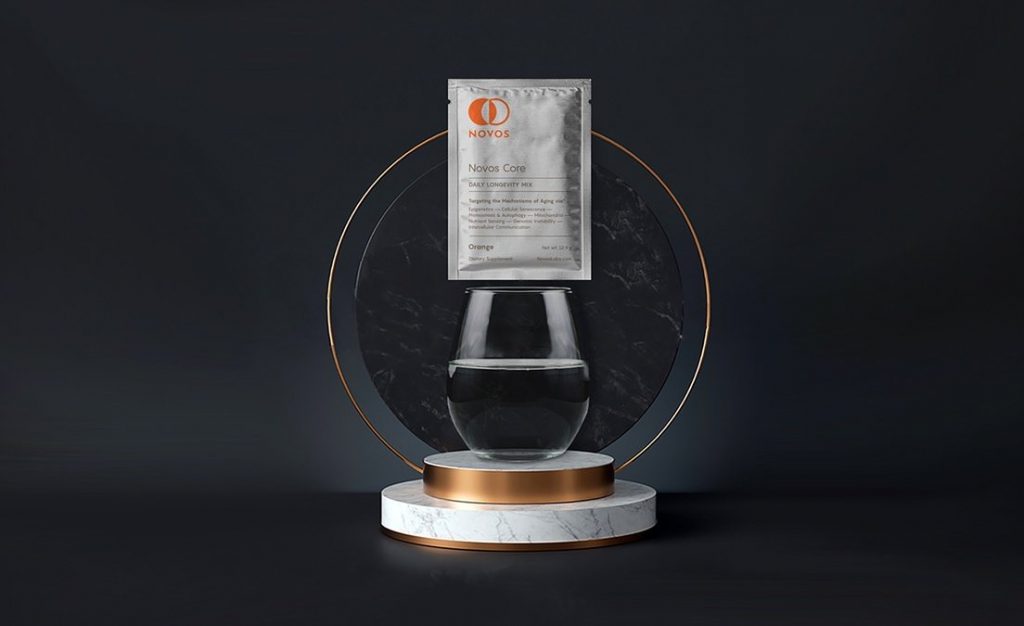 NOVOS Core aims to get to the heart of Longevity therapy with its new anti-aging supplement.

Before Christmas, we spoke with Kris Verburgh and Chris Mirabile about the development of their first Longevity supplement, NOVOS Core, the first ‘multivitamin’ for Longevity, containing 12 ingredients which are designed to target multiple hallmarks of aging.

Longevity.Technology: One of the main benefits of supplement development is how quickly they can be commercialised for consumer health and NOVOS have demonstrated an impressive feat of timetabling, going from stealth to market in just four weeks and we were keen to understand more about the special blend of herbs and spices – or rather Longevity ingredients used by this one-stop supplement and the science behind their inclusion.

We caught up with Kris and Chris prior to the this week’s launch to discuss their new product, its ingredients and how NOVOS believes they will work synergistically together to target healthspan and aging.

NOVOS Core comes in sachets that the user mixes into a drink. The ingredients in the supplement, which is available to pre-order, are:

We wanted to discover the research that inspired NOVOS to create a synergistic product and discuss how the company can be confident that NOVOS’ ingredients work synergistically to produce a better outcome.

“Aging is a complex process, caused by multiple mechanisms,” Verburgh explains. “Using only one drug or substance to address only one aging mechanism, as many pharma and supplement companies do, is not going to impact aging much. You need to use multiple substances that act on multiple aging mechanisms.

We identified 12 ingredients that have been shown to act on 9 important aging processes, such as epigenetic dysregulation, mitochondrial dysfunction, protein accumulation, senescent cells and DNA damage. By addressing multiple aging mechanisms simultaneously, we can better impact the aging process.”

“The irony is that often in medicine, nutrition and pharma, one looks at only one drug or food, while we see evidence everywhere that combinations of substances and interventions yield much better effects,” he explains.

NOVOS Boost uses NMN rather than NR, an ingredient that can play a key role in the regimen, says Mirabile.

“If you look at the recent studies, it seems that NMN has considerable advantages over NR,” he explains. “NR, when taken orally, is broken down very quickly into nicotinamide in the gut before absorption, and is also very unstable in the bloodstream. NMN, on the other hand, is much more stable. NMN is also well absorbed when taken orally.

“We use NMN instead of NR because we believe it’s a more interesting substance. The problem, however, is that NMN is very expensive to manufacture, so we decided to offer NMN separately, as NOVOS Boost. This way, people can decide for themselves if they want to add NMN to their NOVOS Core foundational regimen.”

One stand-out ingredient in NOVOS Core is lithium, better known to most as a psychiatric medication. However, it has other effects that warrant its inclusion, explain the NOVOS team, noting, however, that the studies are long term, typically many months or years.

“Many studies show that micro-dosed lithium can have neuroprotective effects and improve brain aging,” says Verburgh. “Lithium can impact aging processes like protein accumulation and epigenetic dysregulation. Studies show associations with the levels of lithium in the drinking water and mortality and Alzheimer’s disease in humans.”

NOVOS Core includes pterostilbene, rather than the more commonly-used resveratrol.

As well as the standard anti-aging ingredients, NOVOS Core contains some more unusual ones.

“We definitely also use ingredients that are less well-known for their effects on aging, agrees Verburgh. “For example, glycine is a natural amino acid that declines in our bodies with age. Glycine can improve mitochondrial epigenetics or can act as a chaperone protecting proteins, and various studies show it can extend lifespan in different organisms.

“Glucosamine sulphate is another example. It’s often used to improve joint health, but studies show it can also extend lifespan in rodents and other species. Studies show that glucosamine can improve mitochondrial biogenesis and also reduce inflammation and upregulate autophagy, which are all important mechanisms involved in aging.

“We also use Rhodiola rosea, which has been demonstrated to extend lifespan in different species. Substances in Rhodiola, like salidroside, have shown to induce peripheral nerve regeneration, while they can also protect brain cells against toxins and other stresses. Rhodiola also reduces fatigue and improves cognition, and has been used for centuries by populations in northern Europe and Asia to increase resistance to both physical and mental stress.

“We also use vitamin C. Most people think of vitamin C as an antioxidant, but in fact, many studies show that antioxidants don’t slow down aging. Vitamin C has many other effects, including epigenetic effects. In fact, we use various ingredients that have epigenetic effects, because we think epigenetic dysregulation is one of the most important reasons why we age.”

“… it’s time that society takes aging much more seriously, and starts to address the root cause of most diseases that sooner or later will affect everyone …”

NOVOS is a public benefit corporation, which means part of its profit will go towards aging research.

“We hope that MDs, scientists and pharma companies will pay more attention to aging, and realize that slowing down aging is the best way to keep people healthy as long as possible,” says Mirabile.

“The same processes that cause aging, like epigenetic changes, protein accumulation and mitochondrial dysfunction, also cause aging-related diseases like heart attacks, Alzheimer’s and osteoporosis. So it’s time that society takes aging much more seriously, and starts to address the root cause of most diseases that sooner or later will affect everyone.”

It is clear that NOVOS has plenty of scientific evidence to supports its reasoning behind the chosen ingredients in NOVOS Core and NOVOS Boost. The team also strongly believes that these specific ingredients will create an additive synergistic effect on Longevity by contributing to multiple hallmarks of aging instead of just one.

It is an interesting concept, supported by the indication that fundamental aging mechanisms are tightly interlinked [1]. However, as targeting one hallmark can influence the rest, what will be the impact from targeting multiple pathways at once?

Just as Verburgh states, drugs and supplements can have interactions with each other, but these can be both added or detrimental. For example, Vitamin B6 promotes the absorption and retention of magnesium into the cell whereas calcium reduces this absorption [2].

NOVOS plans to prove the synergistic influence of its chosen ingredients through clinical trials in the near future. We at Longevity.Technology look forward to seeing what demographic and end-point analysis they choose in these trials to prove that their combination is the Longevity supplement one-stop go-to.