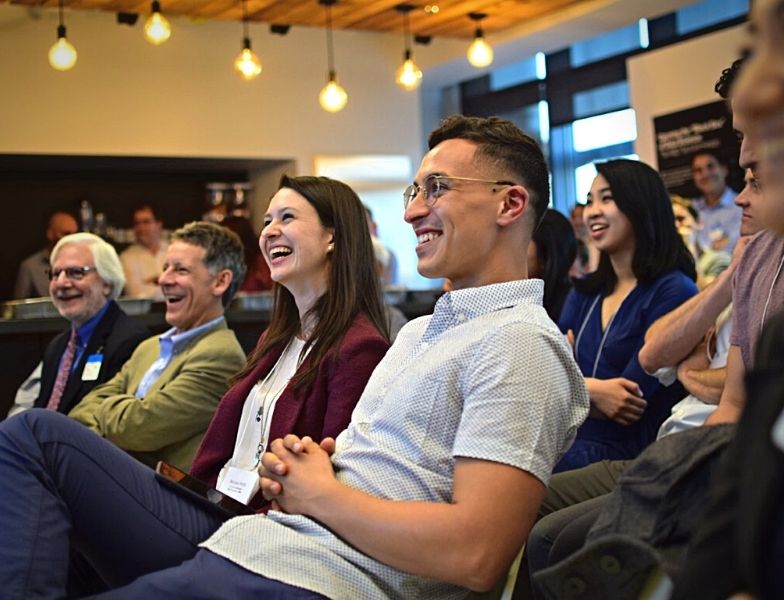 Nucleate launches nationwide in US to (boldly) empower the next generation of biotech leaders.

Longevity.Technology: Biotech is exploding and Nucleate is set to be a reactor generating more energy for the sector. As we surpass genetic limits and unlock cellular reprogramming, biotech will become key to many industries that impact on longevity, whether that’s synthetic biology, biotech crops, lab-grown meat or environmental biotech. Add it all the sectors directly related to longevity, both medical and industrial, and it’s clear why we need biotech leaders who can foster research, develop their ideas and scale their companies. By identifying future biotech entrepreneurs and arming them with proven training, an exceptional network and funded fellowships, all without the need to give up equity in their companies, Nucleate will remove barriers and help founders concentrate on building transformational technologies.

“The world is facing global-scale challenges in food, water, climate, and disease,” said Reshma Shetty, founder of Ginkgo Bioworks and national advisor to Nucleate. “By making company creation easier and open to all, Nucleate is helping to expand the number of people able to tackle these problems head-on [1].”

Nucleate is now accepting applications for its equity-free, six-month Activator programme; participants are connected with potential co-founders, trained through its structured and rigorous framework and then equipped with an unparalleled network, funded fellowships, legal support, as well as highly-subsidised perks including reagents, lab automation and cloud computing. The Activator programme does not take any equity or other fees for participation.

Over the past three years, Nucleate has validated the Activator model in a pilot program at Harvard University and MIT. So far, the programme has incubated 29 companies that have raised over $24 million in funding to develop new technologies including protein sequencing (Glyphic), drug discovery (Manifold Bio), RNA synthesis (EnPlusOne), and microbial fertiliser (Ivu Biologics). Building on its success, Nucleate has now evolved into a national organisation with an inclusive model for educating biotech leaders.

Calling all longevity start-ups and scale-ups

“We created Nucleate because we noticed a missing layer in the biotech startup ecosystem,” said Soufiane Aboulhouda, Nucleate founding President, Chairman of the Board, and PhD candidate at Harvard Medical School. “With solid proof of concept in Boston, we will now open access to company formation to a new generation of diverse, geographically dispersed, and visionary biotech founders [1].”

Excited by this latest development, Longevity.Technology reached out to Zach Cogan, PhD student at UCSF, EVP of Partnerships and Co-Founder of Nucleate Bay Area, who is actively working in the cellular aging field.

“Decades of research are beginning to coalesce into myriad potential solutions to aging and age-related disease,” Cogan told us. “Nucleate provides infrastructure that will educate and empower the visionary trainees bringing these solutions to market.”

Led by over 190 trainees from top scientific and business programs and with participation from over 60 universities and institutes, the organisation is launching in 10 regions across the US (Baltimore, Bay Area, Boston, Houston, Los Angeles, New Haven in Connecticut, New York, Philadelphia, North Carolina’s Research Triangle, and San Diego).

“Translating a scientific discovery into a commercial product is a complex process. I’ve seen this from both sides, as a venture investor and a mentor to biotech entrepreneurs in the academic setting,” said Peter Barrett, Partner at Atlas Venture and Senior Fellow at Harvard Business School. “Nucleate is designed and run by trainees, so it understands what founders need as they transition out of academia. I am proud to advise Nucleate as they launch nationwide to enable future biotech leaders [1].”