News > AI/DigitalNURO embarks on funding round for neurotech communication system 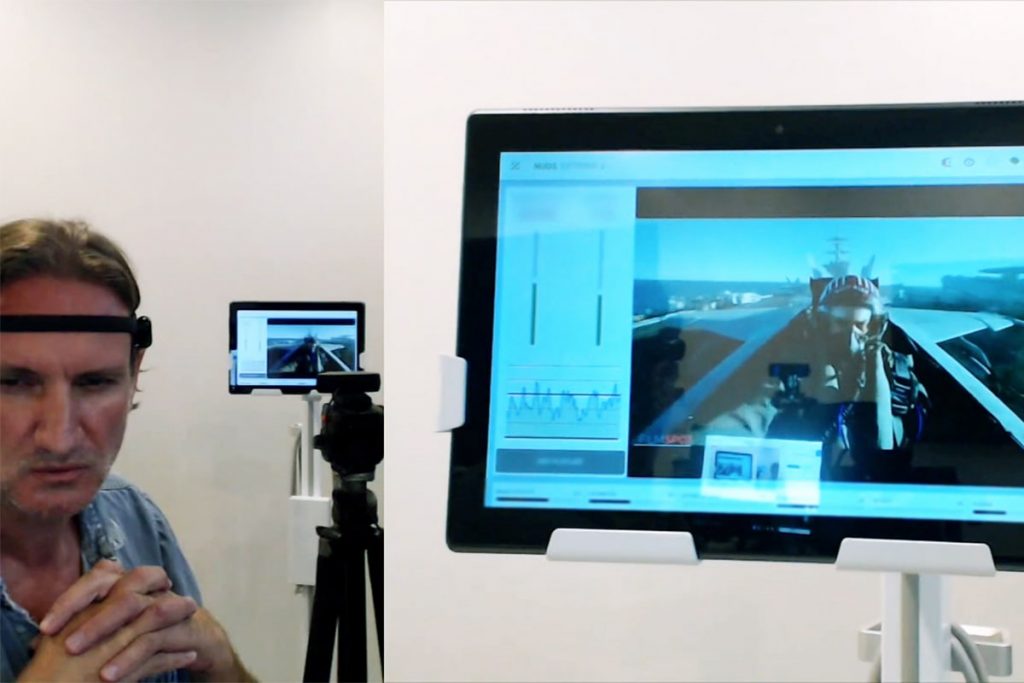 Canadian neurotech company NURO is on a mission to help people communicate, using nothing more than the power of their brain. The company has developed a ground breaking technology platform called NUOS that transforms communication for people with paralysis and loss of natural speech. From readings collected via a headband or a pair of glasses, users of NURO’s products can “instantly” start communicating using brain activity alone, without requiring them to have any voice, touch, vision or movement capacity, and without cameras or surgery.

While high profile neurotech companies like Elon Musk’s Neuralink garner much of the attention in this area, most are still far from widespread use in humans. NURO has already received FDA and Health Canada clearances for its non-invasive technology, and the company is currently raising funding to support a large scale clinical trial at one of the United States’ leading healthcare institutions.

Longevity.Technology: Our ability to communicate is a critical component of life. As we age, health issues such as stroke or neurodegenerative disease can leave us unable to communicate effectively – greatly diminishing our quality of life and even threatening our survival. We caught up with NURO’s founder and CEO Francois Gand to learn more about the company’s stunning breakthrough in the field of brain-powered communication.

A serial technology entrepreneur, Gand’s interest in neuroscience initially stemmed from his father’s battle with Alzheimer’s, but his focus on communication came following a traumatic event that led to the partial amputation of his right hand.

“Seven reconstructive surgeries, four major infections and a lot of rehabilitation later, I eventually returned to the office,” he recalls. “I could not use my right hand at the time, and operating with my left hand only was also a big challenge, which made using a computer an extremely difficult process. This unfortunate situation got me much more seriously into neuroscience to find whether there was a way to help people with limited capacity.” 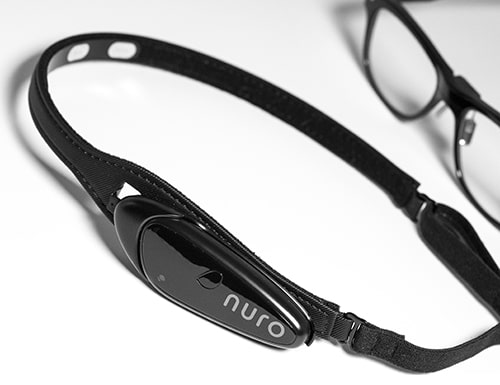 “My amputation and its aftermath were significant for me, but it was a relatively smaller problem when you consider individuals dealing with stroke, other complex trauma or neurodegeneration like ALS,” he says. “Some people get to a point where they are completely unable to communicate, and so for me, it was about how to help and make a difference for those individuals.

I started working in that direction, and then one night on GitHub, I saw some code that was just brilliant. It was also for a brain computer interface – not exactly what I had in mind, per se, but it was, let’s say, ‘on the same wavelength’. So I knew I had to talk to this guy, whoever he was.”

That guy turned out to be Abhinav Kumar, an interaction designer and engineer from Bangalore, India, who would ultimately become NURO’s co-founder and chief technology officer.

“We joined forces, started working daily via Zoom meetings and literally after hundreds of iterations, seven accelerators, different hardware and software approaches, we eventually created the platform that would become NUOS,” says Gand. “Our first breakthrough came in 2018, when a brainstem stroke patient in Palo Alto, California, was able to operate the system without any training or calibration.”

As the neurotech company progressed, Gand’s brother, Pascal, a seasoned senior executive in the global medical device industry, also joined as its third co-founder. Then early investors in both healthcare technologies and the clinical domain also started supporting the startup.

Further successes with patients led to NURO receiving Health Canada clearance and then the FDA’s expanded access clearance for its technology in 2019.

“The FDA expanded access status means that there’s no other product available in the United States that is shown to be effective with those patients, which was a major milestone for us,” says Gand.

“All our products are non-invasive and reading signals from the prefrontal cortex,” says Gand. “There are a lot of technologies that are being looked at and developed in various ways, like Neuralink and Synchron, which are going to be in your brain. Our proprietary technology is very different and, more importantly, there is absolutely zero surgery required, which is a critical and unique milestone for these patients. And that’s just not us saying it – the United States FDA is saying it as well.”

Having already seen its neurotechnology being used in several of the key medical centres in North America, NURO is now preparing to engage in a major clinical trial at one of the largest hospitals in the US. The company also intends to expand into additional countries and regions around the world.

Doing all this takes funding, and so NURO is now seeking seed funding of around $2 million.
“We’re looking for investors with an interest in neuroscience and longevity.” says Gand. “We want to collaborate with investors that have the ability to help us commercialise globally, which translates directly into helping more and more patients and families in need, as well as the nurses and doctors who are eager to have a communication pathway with these entrapped patients.”

In addition to supporting the company through the upcoming clinical trial in the US, NURO will use the funding to expand its team and continue to develop its neurotech product line. 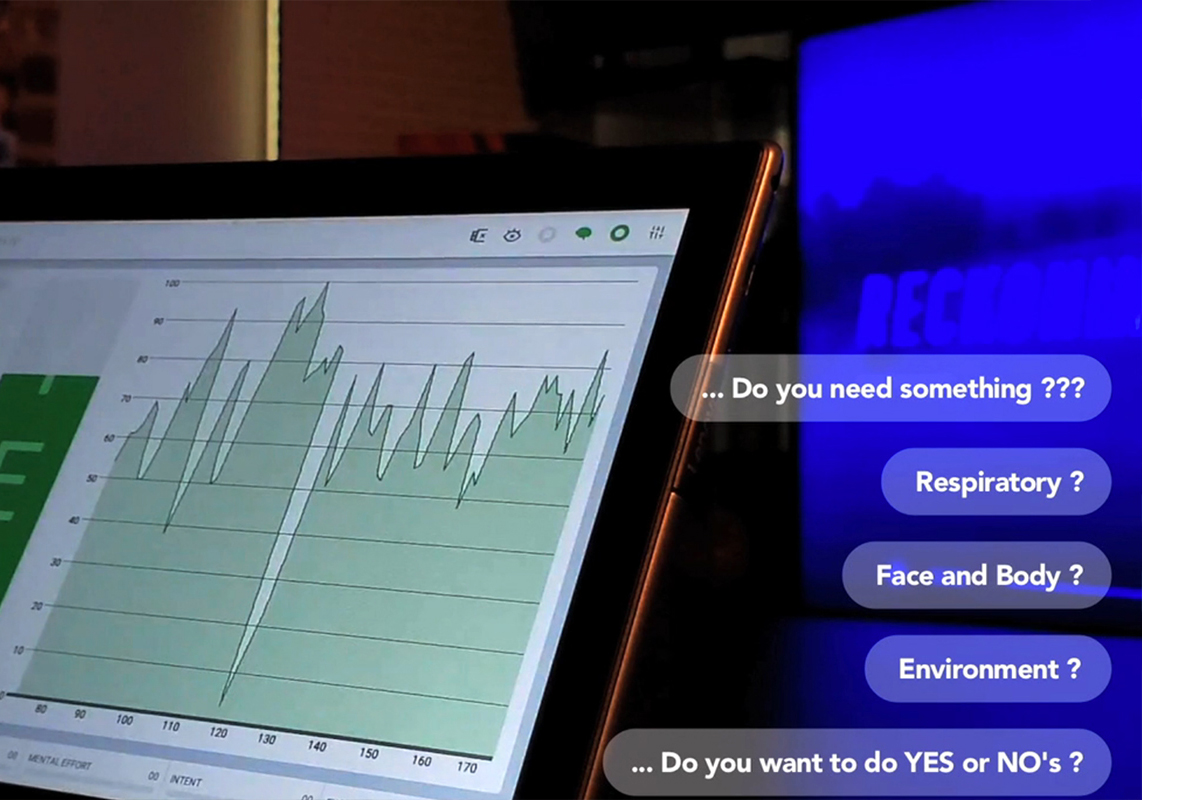 “People think this is science fiction, but it’s not – the NUOS platform has been used by humans for several years now,” says Gand. “We have worked successfully with some of the most highly incapacitated human beings on the planet, and every neuroscientist on the planet wants to know how it works. We know that anyone in the world can end up losing the ability to communicate with others – but we have developed NUOS to ensure they don’t have to stay that way.”

Investing in early-stage businesses involves risks, including illiquidity, lack of dividends, loss of investment and dilution, and it should be done only as part of a diversified portfolio. First Longevity is targeted exclusively at sophisticated investors who understand these risks and make their own investment decisions. Investment opportunities have not been approved as financial promotions and are not covered by the Financial Services Compensation Scheme (FSCS) and you may not have access to the Financial Ombudsman Service (FOS).

If you are in any doubt about the action you should take or the contents of any of the Financial Promotion received, you should contact your stockbroker, solicitor, accountant, bank manager or other professional adviser authorised under the Financial Services and Markets Act 2000, who specialises in advising on bonds, shares and other securities, including unlisted securities. Past performance is not a reliable indicator of future performance. You should not rely on any past performance as a guarantee of future investment performance. Tax relief depends on an individual’s circumstances and may change in the future. In addition, the availability of tax relief depends on the company invested in maintaining its qualifying status. 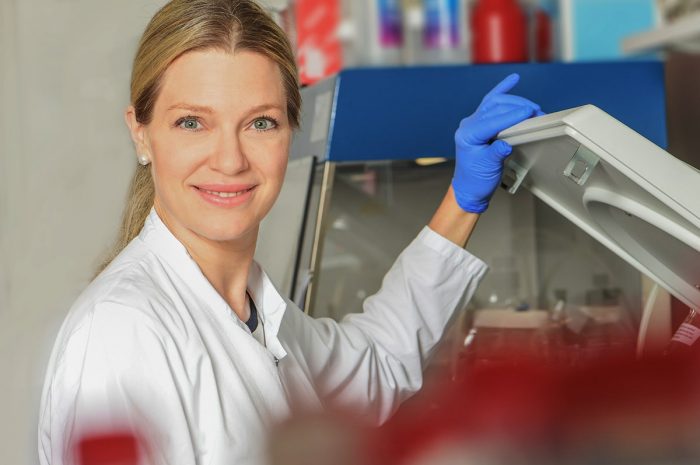