News > BiotechOut of stealth and probing the dark side of DNA

Out of stealth and probing the dark side of DNA 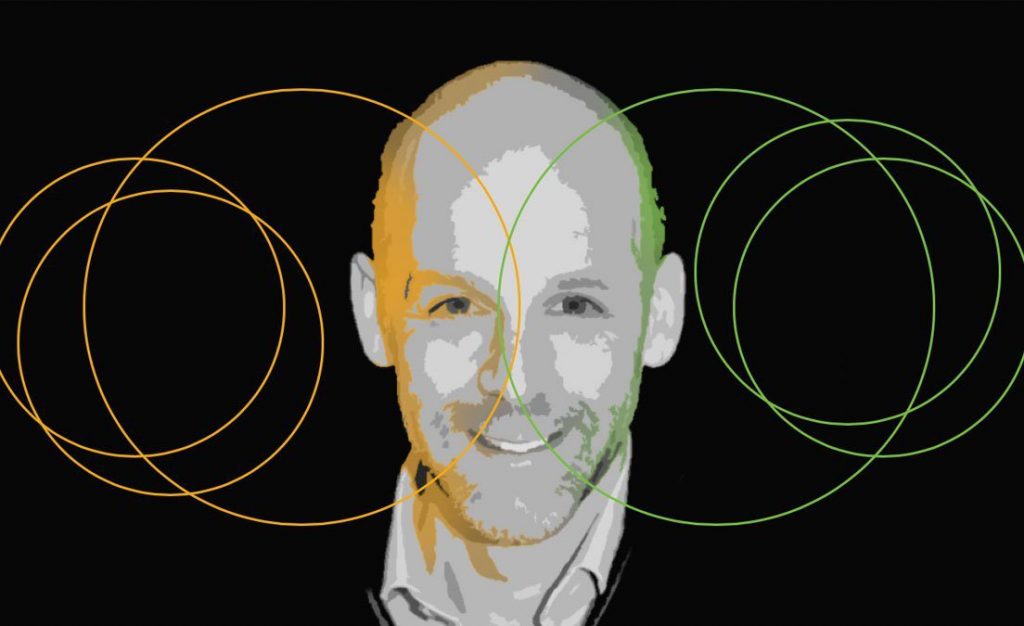 Ervaxx CEO looks to raise new funding in 2020 to continue momentum on top of $17.5m Series A.

Earlier this month, we reported on UK start-up Ervaxx and its emergence from stealth mode. The company is targeting the 98% of so-called ‘dark matter’ making up the human genome to develop vaccines and therapies for a range of cancers. The company emerged from stealth to present its data on melanoma-specific Dark Antigens at The Society for Immunotherapy of Cancer’s Annual Meeting (SITC).

Ervaxx’s CEO, Kevin Pojasek, is a seasoned biopharma executive and entrepreneur, and also a Venture Partner at SV Health Investors, which played a key role in the origin of the company. We spoke to Pojasek recently to find out more.

Longevity.Technology: What role did SV Health Investors play in the origin of Ervaxx?
Kevin Pojasek: SV Health Investors has been around as a venture fund since the early 90s, always with a broad focus in healthcare, and within that we have a biotech practice which is essentially everything in the ‘new therapeutics’ category. Everything from, pill in a bottle and antibodies, cell therapy to cancer vaccines, you name it.

Over the last 10 years or so, the model at SV has evolved from a more traditional investing model, where a company comes in the door and we would make an investment decision based on an existing team strategy etc. We still do that, of course, and about a third of our investments out of our new fund will be in that bucket, but we’ve increasingly started to create companies ourselves, and probably two thirds of the investments that we do now, are created within the four walls of SV Health Investors. Ervaxx was born out of that model.

NOTE: This approach matches the models employed by Juvenescence and Life Biosciences.

Longevity.Technology: What was the science that sparked the company?
Kevin Pojasek: The idea was a convergence of thinking between George Kassiotis, a professor at the Francis Crick Institute here in London, and Houman Ashrafian, one of the managing partners at SV Health Investors. They were interested in the potential role of endogenous retroviruses in disease and cancer, and if there was any sort of new emerging biology there that could be potentially of interest from a therapeutic standpoint.

One of the areas of interest that George had been working on was that these endogonous retroviruses are basically ‘viral fossils’ in our genome from infections that have occurred over millions of years in humans and our predecessors, and that are largely silenced. In literature, about 60 of these have cropped up as being related to different diseases, whether it be cancer, or different CNS disorders.  So George and Houman started speaking and one of the things that emerged was the question: “We know roughly 8% of the genome is viral-derived – there are 60 of these things in the literature – so is that it, or are there more?”

The way they started to address this question was to look at cancer using a publicly available database called the Cancer Genome Atlas, which is filled with RNA sequencing data from human cancers, to see if they could find other sequences beyond just the viruses that have been disclosed to date. And the answer was yes – they found about 6,000 of these things that were cancer-specific and not found in normal cells. So that was one of the founding observations, and the next question was: “What are they doing there and can we do anything about it from a therapy standpoint?”

And so the strategy morphed into finding out if cancer cells make protein, and if those proteins are present on the surface of the cell and therefore presented to the immune system. If so, then we could consider a variety of immunotherapies, designed to recognise those beacons. Long story short, it turns out, yes, these things do make protein and yes, they are presented on the surface of cancer cells on a tumour specific fashion and not found on normal cells.

So that was the early genesis of the company and the early validation work that was done. I got involved about 18 months ago, just as this first data was emerging around the validation of these proteins on the surface of cancer cells.

Longevity.Technology: You spent two years in stealth mode – what did you accomplish during that time and where does the company stand today?
Kevin Pojasek: The view I took when I came on board was – we’ve got what we need. We’ve got our funding, we’ve got a pharma partner, we’ve got the wherewithal to develop all of this, so let’s develop it. Let’s hire a team, let’s put everything in place from a capability perspective to make this data play out into a broad and powerful story.

For us the key questions were: One, do these transcripts make protein and are they found on the surface of cancer. Two, crudely put, does the immune system care – can we find T cells and normal healthy individual cells that recognise these antigens and are those immune cells capable of killing target cells with those antigens? Three, how broad is this – how many tumour types can we profile and find these things and make sure we have suitable intellectual property to cover all of it? And four, what’s the link to the patient?

As the data started playing out, we said okay, we have a strong foundation, we’re on to some new areas biology and it felt like timing-wise, both with us starting to talk publicly about our work at SITC, combined with some other upcoming milestones that we haven’t published yet, combined with discussions with investors and partners, it would be a great time to debut the company with a strong scientific foundation and the momentum of a great team starting to deliver on the founding promise of the science. And hopefully a lot of exciting things come.

Longevity.Technology: What is your main product focus at this stage?
Kevin Pojasek: Melanoma is the first product that we’ve declared a candidate for, but our focus intentionally remains broad. We have active discovery efforts in probably another dozen tumour types, all of which are progressing rapidly now that we have created the engine with melanoma. And we’re running everything through that engine.

Also, while you can think about a vaccine as generating in vivo polyclonal responses in people, the other side of the equation is trying to manipulate the immune system from the T cell side. And so we’re also thinking about both T cell receptor (TCR) based therapies, and ex vivo adopted T cell therapies, where you take the T cells out of the patient, do some sort of stimulation with our antigens and then reintroduce those T cells for patients.

So the goal is to creative a broad and deep foundation around the basic science of these dark antigens, and then enable multiple product opportunities, some of which we will develop ourselves and some of which we’ll partner with pharma to advance. But I think it really behoves us to focus on building that platform so we have that product optionality and multiple paths to create value.

Longevity.Technology: What is your roadmap towards human trials?
Kevin Pojasek: We’re probably a couple years out on human trials. All of the therapies I’ve outlined fall into complex advanced therapies – and much more complex than making a pill in a vial. So we’ve moved from a being a pure research company into a research and development company – building those capabilities and advancing the programmes. But it will be a couple of years before we’re in the clinic.

Longevity.Technology: You’ve received a Series A funding of $17.5 million – how far does this take you and when will you be looking for further investment?
Kevin Pojasek: We’re funded well into next year with the current funding. The exact magnitude capital and timing of a future funding round is yet to be determined, but my guess is that we’ll be raising capital in the first half of next year to continue to carry the programmes forward. We’ll probably be looking to bring in a broader group of investors that could support the company to bring our products into the clinic and well beyond.

Longevity.Technology: You’re also an investor at SV Health Investors – what is your investment philosophy and how does Longevity factor in to this?
Kevin Pojasek: Our focus is really around a precision medicine angle. What I mean by that is understanding at a target level, how interfering with a target or pathway is going to drive some sort of important biology. And the other side of that is how that precision medicine plays forward in the clinic.

We see it both ways – at the target level and the clinical trial – so it’s about using that molecular understanding of disease, not only to come up with targets and how would advance the science, but also to think about your targeted patient population in the clinic to make sure, as you come up with your clinical strategy to move a programme into the clinic, you’re going to be able to identify the subset of patients that are going to be most likely to respond or receive benefit from your medicine. And to potentially expand into a broader patient set after a proof of concept. This is very different than how drugs were being developed 10-15 years ago where you’d always aim for a massive patient population with these blockbuster type models that were pioneered by Pfizer, Merck and all those guys.

That’s the lens through which we view the world – we’re fairly agnostic about whatever bucket a technology sits in, as long as it fits the criteria. So when we come across something that sits in the Longevity bucket that satisfies those criteria, then we would be very interested.