News > BiotechOvarian aging – what women aren’t told about their health

Ovarian aging – what women aren’t told about their health 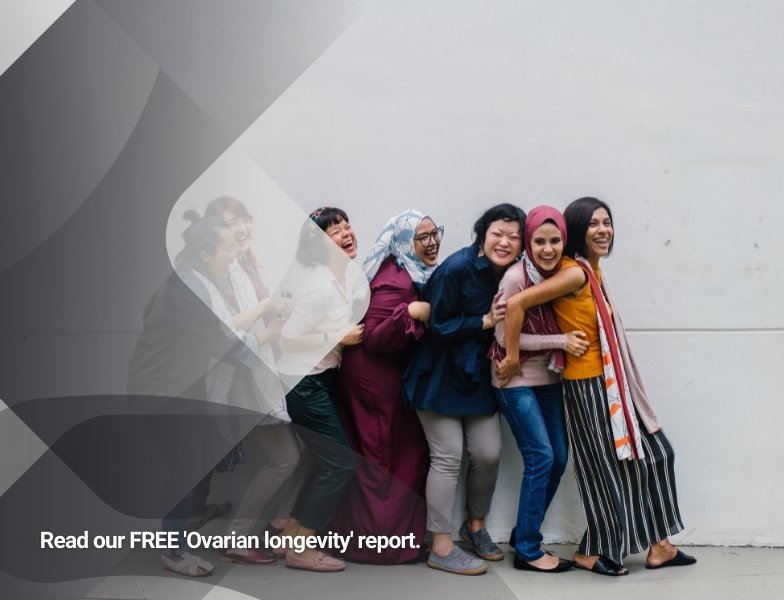 Ovaries set the pace for aging and changing that pace could be the key to improving fertility, healthspan and lifespan.

Words like fertility, menstruation, menopause, HRT are familiar to all of us, but how many of us were taught that our organs age at different rates, or that the rate of aging in the ovaries is the pacemaker of aging in women? Understanding the ovarian dynamic could allow more informed choices about fertility, better therapies and improved wellness in later years.

Longevity.Technology: In recent articles, we have discussed bias against females in biomedical research, as well as in clinical trial design. There is also implicit bias in the way medicine is taught and healthcare performed – this can all have a negative effect on the way women are heard, understood, diagnosed and treated; women suffering pain are much more likely than men to be prescribed sedatives, rather than pain medication, for example. There is also a lack of education around reproductive health and with a focus on treatment and amelioration of symptoms, rather than prevention, and it’s time for a change!

Last week we launched our report on ovarian longevity, explaining why unlocking ovarian aging could prolong fertility and delay the menopause. Here are our top takeaways that we feel everyone should know.

Women’s life expectancy has increased by 30 years, in fact a young woman now may live until she is in her late 90s, but this longevity is out of step with menopause onset, which has only increased by 3 to 4 years. This means that women should still aim to have children before the age of 35, and when you add finishing education, finding a partner (or choosing to go it alone) and being able to afford it into the mix, the upshot is a very short window of opportunity for children.

Women’s eggs are formed when they themselves are in the womb; what might be 1-2 million at birth dwindles to 300,000-500,000 at puberty, and the numbers don’t improve. Like TV talent show, 1000 eggs each month move to the equivalent of the ovary green room, hoping for a chance at being the egg prepared for ovulation and then catapulted down the fallopian tube; but just one egg makes it, and the other 999 are just binned.

This works out as roughly 25-40 years of fertility, and given that a girl’s first period is approximately at age 11-15, this would put menopause at 36-55, depending on how many eggs a woman had when she hit puberty. The number of eggs shuttled off to be hopefuls each month also varies from woman-to-woman and cycle-to-cycle.

However, fertility isn’t just affected by the quantity of eggs a woman has, it’s also the quality. It’s a, under-researched area, but age is a factor. As we age, we accumulate damage to cells and tissues; this damage would appear to significantly increase in the ovaries, and this contributes to the natural decline of egg quality.

During the menopause, ovarian failure results in a huge drop in estrogen levels, and the knock-on effect of this increases several health risks for women including cardiovascular disease, skeletal fragility and Alzheimer’s – in fact, there are over thirty symptoms associated with the menopause. This means that a woman may spend a large period of her life in poor health – a recent NHS study of UK data concluded women may live for 34% of her life in poor health in comparison with 26% for men.

IVF, egg freezing and embryo freezing are all expensive, time-consuming and invasive and do nothing to prevent the menopause. Slowing ovarian aging would be an effective way to create a longer window of fertility, especially important given that so many women don’t want to start a family until their thirties, but fertility currently declines after 30, with that decline accelerating once a woman hits her mid-30s

Why treat the menopause – why not just delay it?

HRT can ameliorate some symptoms of the menopause, but extended use  can also carry an increased risk of blood clots, stroke and breast and ovarian cancer. As with fertility, the issues arising from menopause need to be tackled earlier and more effectively, rather than addressing the results.

How can ovarian aging be delayed?

Delaying ovarian aging delays aging in women, so what can be done to delay ovarian aging? The short answer is not a lot, so far. There needs to be more investigation and research thrown at this issue. A round-up of current research avenues includes:

The time has come to ensure women can access the future they deserve – our report is the first step on that journey. Researching ovarian aging will have huge benefits for women’s careers, healthspan and longevity, the health of their children, and the global economy.

Photo by mentatdgt from Pexels