News > AgetechPress one for employee happiness and Longevity 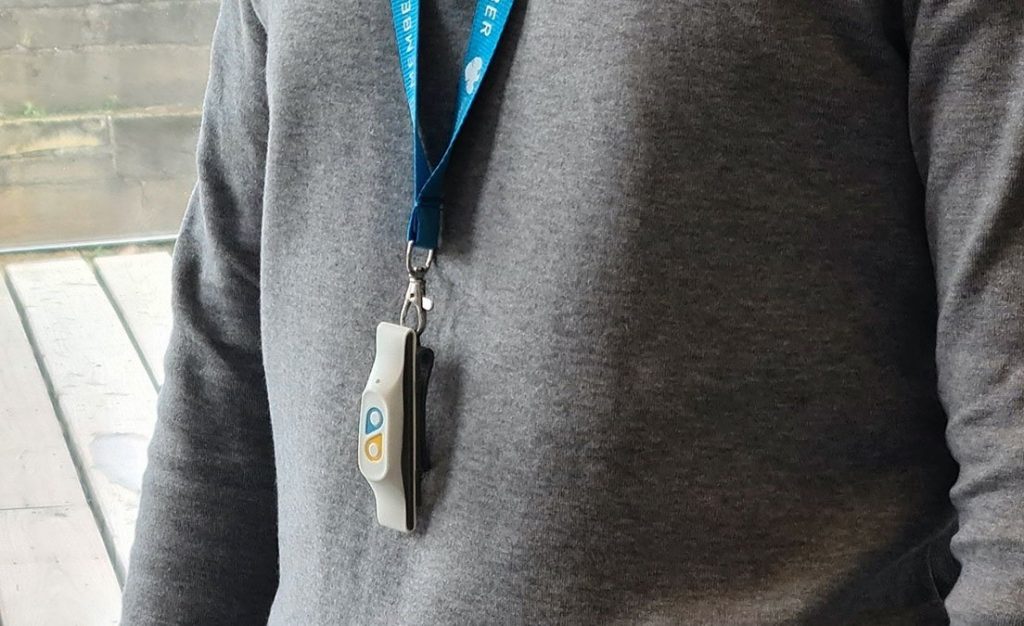 With a wearable technology designed to capture a wearer’s sense of wellbeing, British start-up Moodbeam is now aiming to take its technology to employers seeking insight into how happy their employees are. Using a simple, two-button approach, the product helps users identify personal triggers and patterns around how they feel.

Longevity.Technology: Thinking about Longevity may conjure visions of pills, hyperbaric chambers and bioprinted organs, but how we feel is also key. There is a clear link between happiness and mental health and Longevity, and thought leaders like Sergey Young have long advocated for Longevity-friendly work environments. A study by the English Longitudinal Study of Ageing (ELSA) at University College, London (UCL) which was published in the British Medical Journal, claimed that sustained happiness in older age is linked to a longer life.

Companies are increasingly focused on measuring their performance through metrics like Net Promoter, so Longevity.Technology was interested to find out how Moodbeam aims to play a role in helping employees be happier at work. We caught up with the company’s co-founder Christina Colmer McHugh to learn more.

The idea for Moodbeam came to McHugh after her daughter went through a difficult time at school and kept things to herself.

“I was shocked – I thought I would have spotted the signs, I thought we were that family that spoke about everything and she would have come to me,” recalls McHugh, who, even after the issue was resolved, was left feeling concerned. “I was on high alert. What if it happened again? What if I don’t spot it again? I thought, ‘If I knew how she was feeling when she wasn’t with me, then we could have a conversation based on that.’ So that was the premise behind Moodbeam.”

McHugh took the idea to her friend and co-founder Jonathan Elvidge, a seasoned entrepreneur, and together they worked on the concept until it became clear that they had something worth building a company around. In 2016, Moodbeam was born.

“The basic idea was two buttons – a yellow button represented positive, and a blue button represented negative – and when you felt one way or the other, you pressed it,” says McHugh. “In the early days, our focus was on children and families. But, the more that people found out about it, they said, ‘This would be really good for me, I suffer from anxiety.’ So then we started to open up into workplace wellbeing, health and social care, and education.”

“Suddenly we started to have these conversations with these large banks and construction companies, who were wondering ‘How do we know how our teams are doing?’”

Moodbeam engaged in pilots within the UK’s health system, in the areas of mental health, drug and alcohol addiction, smoking cessation and independent living, as well as receiving some interest from large employers. But the COVID-19 pandemic, and the en masse switch to homeworking, changed everything.

Using dashboards originally created for use in a healthcare context, Moodbeam has been quickly able to pivot its business towards this new opportunity with employers. Employees use the buttons to log how their day is going in terms of a simple positive or negative. The employee can see their own mood activity via a mobile phone app, and the data from all the users is accessible from the Moodbeam dashboard.

“We almost want to set an industry standard, so if you have the Moodbeam metric, it means that you really care about your teams.”

The Moodbeam dashboard allows the organisation to create groups, reflecting departments, teams, projects, locations, roles or hierarchy. This gives a visual overview of how the organisation as a whole, or different groups, or individuals are feeling and how this changes over a selected date range.

“We almost want to set an industry standard, so if you have the Moodbeam metric, it means that you really care about your teams,” says  McHugh. “It’s something that can potentially support talent acquisition and retention, as well as helping address long term sickness and burnout.”

To date, Moodbeam has raised around £700,000, which will support the company through its pivot, ahead of a Series A round next year. In addition to expanding its reach with employers in key vertical markets, the company is also bringing out a clip-on version of its device, in addition to the original wristband design.

While McHugh acknowledges that some workplaces may not be ready for Moodbeam, she believes in the potential of the technology to support employers’ increasing focus on employee wellbeing.

“How do you pick up the phone to 500 of your employees and ask them how their days going in real time?” she asks. “This is a way to do that.”

“We are now exploring this measure of happiness. Who wouldn’t want to have a happiness index for their company, their industry, their headquarters? The possibilities are endless.”