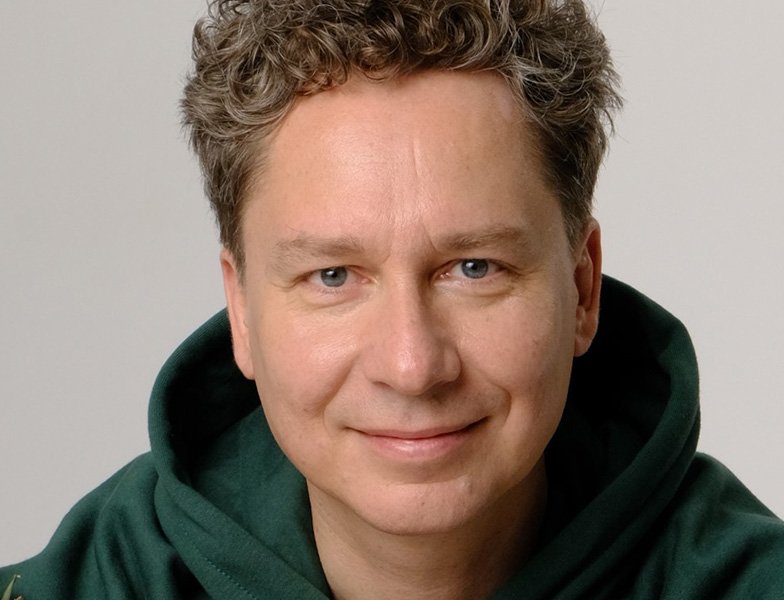 In the final extract from his new book Growing Young, Sergey Young explains how diagnostics will become non-invasive and highly affordable.

Longevity.Technology: Ahead of the launch of Sergey Young’s new book The Science and Technology of Growing Young which is published today, we have been delighted to showcase a series of extracts. Investor and thought leader Sergey Young is the founder of the Longevity Vision Fund which is built on the ethos of bringing a healthy extended lifespan to a billion people.

Encouraging people to take charge of their own healthspan, Young’s book details the practical steps the reader can take to improve their chances of living to 100 – and beyond! He also shares his vision of the future, exploring the cutting-edge breakthroughs that are on the way.

When doctors suspect cancer in a patient, their first line of investigation in most cases is to perform a biopsy, sticking a sharp, long needle into the area in question over and over again, or punching through your hip bone in order to extract material for testing. In endoscopic biopsies, a long tube is inserted into a bodily orifice under general anesthetic to extract material for testing. Analysis of the results takes up to one week, and can cost as much as ten thousand dollars to complete. And even though these are relatively routine procedures, complications of some sort take place in as many as 30 percent of conventional biopsies.

The diagnostic procedure for cardiovascular disease isn’t much more appealing. If you’re lucky, you’ll have a chest X-ray, CT scan, MRI, echocardiogram, or electrocardiogram in the hospital. But you might require a cardiac catheterization, wherein a tube inserted into an artery in your groin is navigated up toward your heart, in order to flush in a dye that allows X-ray technicians to get a better look at your heart valves and arteries. In the United States at least, this will cost you up to five thousand dollars.

That’s still the good news. For many other common causes of death like stroke and Alzheimer’s disease, there are simply no effective means of accurate early diagnosis. But a range of new diagnostic methods are beginning to challenge these invasive, expensive, or nonexistent methods. When they are fully developed to scale, these methods will be highly effective and highly affordable.

If you have a digital thermometer or blood pressure cuff at home, you already own some basic household diagnostic technology. You are probably familiar with wearable health devices like chest strap heart monitors that jogging enthusiasts wear, or the Fitbit tracker, Apple Watch, or Oura ring, which monitor your heart rate, sleep quality, and other personal health metrics. There are bathroom scales that measure your body fat percentage and hydration level, home blood tests that monitor your cholesterol and blood glucose, and even home tests that help diagnose STDs, allergies, and food intolerances.

Smartphone apps like UM SkinCheck, Miiskin, and MoleMapper leverage your smartphone’s camera and computer-vision AI to offer early guidance and detection of skin cancer. DIY health diagnostic devices like these are becoming increasingly portable, wearable, implantable, ingestible, and affordable. They are also becoming vastly more sophisticated. In 2018, the FDA granted approval for some of the Apple smart watch functionality, which now includes blood oxygen level readings and an electrocardiogram (ECG) monitoring function, to help detect atrial fibrillation, the most common heart rhythm disorder.24 (In 2019, a doctor friend of mine who travels frequently was called upon five times to assist in an in-flight medical emergency, and he used his Apple Watch to take an ECG every time.) Smart watches like the Samsung Galaxy 3 and the FDA-approved HeartGuide watch from medical device–maker Omron also take blood pressure readings.

But those common gadgets are still just the beginning. The FDA-approved Cerebrotech Visor is donned like a hat and uses radio waves to detect the beginning of a stroke, with 93 percent accuracy. After it was discovered that dogs can use their highly sensitive noses to detect cancer, UK firm Owlstone produced a handheld diagnostic mask that measures volatile organic compounds (VOCs) transferred from your blood to your breath. This “breath biopsy” can diagnose inflammation, infectious disease, cardiovascular disease, metabolic conditions, and eight different types of cancer. In a 2016 study of twenty-five hundred smokers and non-smokers, the Owlstone breath biopsy accurately identified forty-two people with lung cancer. Of those subjects, 90 percent had a curable, early stage of the disease.

Even hard-to-diagnose diseases like Parkinson’s and Alzheimer’s may soon be readily diagnosed using smartphones and wearable diagnostic devices. Researchers are now studying how each of these disorders may be recognized through gait speed, fine motor control, speech patterns, eye movement, and other subtle indicators that can be monitored. In early studies, these diagnostic methods have been very successful.

San Francisco company iRhythm produces an ECG patch called Zio, which cardiac outpatients can wear for several days after a procedure or checkup (including myself, as part of my annual checkup at the Human Longevity, Inc. based in San Diego). It is part of a new philosophy of physician-prescribed diagnostics known as “continuous monitoring,” which connects patients with their doctors remotely so their physicians can be alerted the moment something changes.

Another fantastic development in continuous monitoring that is already with us today is the implantable glucose monitor, like those from American companies Dexcomm and Eversense. Until continuous glucose monitors, or CGMs, were approved by the FDA, diabetics had to prick their fingers, press a droplet of blood on a paper stick, and scan that stick with a glucose meter several times per day, to determine the right dose of insulin they required. With CGMs, a sensor embedded under the skin of the user transmits insulin-level information every five minutes to a smartphone, ensuring that the user never unwittingly allows their blood glucose level to rise or fall too much. These devices cost about $350 per month at present and will continue to decline in price. But for many of the four hundred million diabetics worldwide, half of whom die from the disease before age seventy, that is a small price to pay.

The list of DIY diagnostic devices available today goes on and on, with innovative new devices and upgrades now coming out every few months. In fact, the market for home health-care devices is predicted to reach $500 billion by the year 2027. What is really exciting and significant about this area, in my opinion, is how portable and affordable many of these new devices are. EXO Imaging has developed a handheld ultrasound device that will cost a fraction of what comparable equipment costs hospitals today. Oxford Nanopore Technologies’ MinION sequencer costs about a thousand dollars, weighs less than 100 grams, plugs into a laptop like a USB stick, and sequences DNA and RNA in as little as ten minutes – just two decades ago, the Human Genome Project required thirteen years and three billion dollars to do that!

The portability and affordability of this new class of advanced diagnostic devices offer new hope for those in underserved rural communities like those prevalent in parts of Africa and Asia. Instead of being burdened by large machines that cost tens or hundreds of thousands of dollars and require sophisticated training and maintenance, Near Horizon of Longevity diagnostics will operate with little more than a smartphone. And, while some three billion people worldwide still lack internet access, SpaceX, Amazon, Facebook, and others have all initiated efforts to change that very soon.

A look into the (near) future of DIY diagnostics

But let’s move forward, from the incredible and the hopeful to the truly bizarre and futuristic (yet entirely plausible).

Worldwide, colorectal cancer is the third-most diagnosed form of cancer in men and the second-most diagnosed in women. Yet the procedure for early diagnosis of this form of cancer is, to say the least, highly invasive, uncomfortable, and expensive – the procedure can cost up to four thousand dollars, while the machinery to conduct it is in the neighborhood of twenty thousand dollars. For these reasons and more many in the recommended age group forgo colonoscopy examinations. (I delayed mine for two years!) Now American health-care firm Medtronic’s ingestible “pillcam” passes through the intestinal tract, taking photos to help doctors diagnose precancerous polyps. Israeli biotech start-up Check-Cap’s C-Scan’s device does the same, but with low-level X-Ray imagery.

In both cases, the ingestible device simply passes out of the body as normal once its work has been completed. The cost for this far-less-invasive approach? It’s just about five hundred dollars, and it could completely revolutionize our ability to effectively diagnose these cancers.

Not strange enough? At the Computer Electronics Show in 2020, the Toronto-based textile computing company Myant released “smart underwear,” which tracks your heart rate, breathing rate, hydration level, and body fat. A patent was filed years ago for a toothbrush that takes readings of your saliva, in order to learn about everything from fertility cycles to HIV.

Healthy.io makes a home urinalysis kit enabled by the camera in your smartphone. How about a “smart toilet” to analyze your microbiome using fecal matter? Multiple smart toilet prototypes have been pushed into the world by university research teams, home appliance makers, and the amazing people building a “city of the future” at Lake Nona, Florida. At Lake Nona, which I visited recently, not only is the bathroom equipment smart but every detail in every building is designed to promote a healthy lifestyle. Stairs are placed in front of the entrance, for example, while the elevator is hidden from sight, and kitchens are equipped with built-in vertical farms that provide fresh green leafy vegetables year-round.

We are already well into the age of DIY diagnostics, and the rate of development will only accelerate from here. This new paradigm of health care will continue to be more proactive, convenient, and cost efficient.

Read the first extract HERE – Moving from Internet of Things to Internet of Bodies
Read the second extract HERE – A revolution is underfoot in the world of diagnostics
Catch our video interview with Sergey in which he discusses his new book, longevity horizons, disruptive tech and how we are moving towards radically extending our lifespan and healthspan.