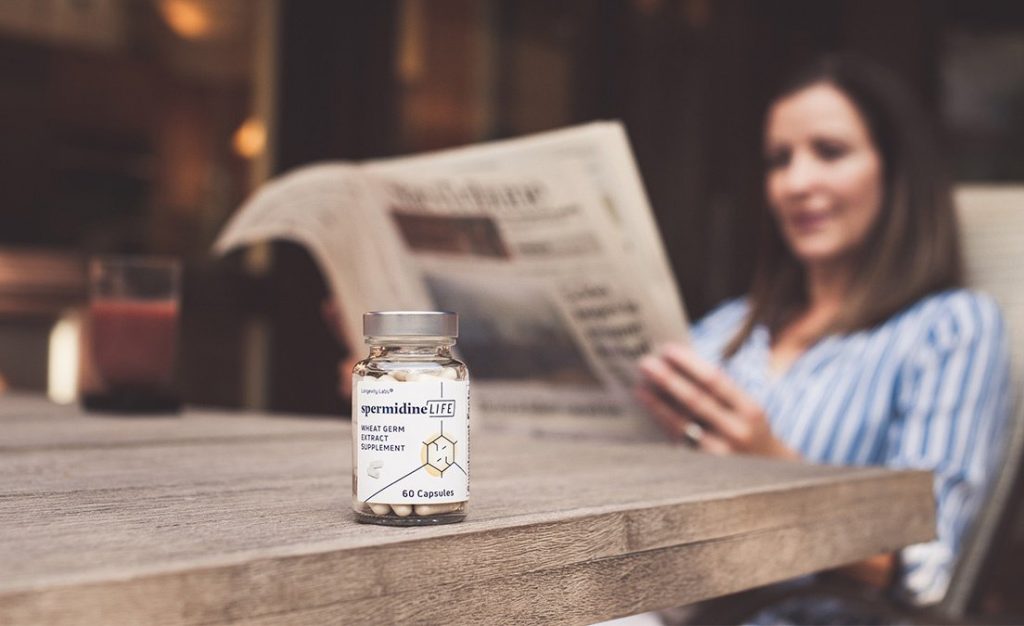 The home of famous mountain ranges, classical music composers and energy drink giants, Austria is also now the birthplace of a new player in the longevity supplements market. Drawing from scientific research conducted at the University of Graz, Longevity Labs+ has already launched its first product, spermidineLIFE.

The daily dietary supplement is based on a spermidine-rich wheat germ extract that supports cell renewal by regulating autophagy. With an initial study already showing that spermidineLIFE is both safe and well-tolerated in older adults, a clinical study is now being conducted to assess the supplement’s efficacy in patients with cognitive decline.

Longevity.Technology: The potential longevity benefits of spermidine have already led to a number of supplements appearing on the market. With a strong focus on the science, and on proving the efficacy of its products in humans, Longevity Labs is an interesting player in this space. To find out more, we caught up with the company’s director of sales and marketing, Vedran Bijelac, and its head of US operations, Daniel Dietz.

At the core of Longevity Labs’ story is its close ties with the University of Graz, and Professor Frank Madeo, who discovered spermidine’s properties as an autophagy trigger and age-protective substance in 2009. The company was founded in 2016, with the goal of commercializing Madeo’s work.

“Back then, there were already some indications that there could be a protective effect regarding dementia,” says Bijelac. “So we founded the company and then it basically took us three years to get the manufacturing process to a production scale.”

One of the biggest challenges was finding where to source the spermidine from. After assessing hundreds of substances, wheat germ emerged as the optimal source.

“There are also other polyamines in wheat germ, so even though our product is called spermidineLIFE, it is actually a full spectrum extract,” says Bijelac. “And we can also see in our own preclinical studies on animals that our extract works better than just spermidine alone.”

It may sound like we should all just eat more wheat germ products, but Dietz explains why that’s not really an option, and also why it’s so difficult to source spermidine in significant quantities.

“There are lots of wheat germ oils out there, but you can’t just eat a bag of wheat germ and have a substantive amount of spermidine content because there’s a process of oxidation that destroys the polyamines,” he says.

“And also, not every wheat germ is the same, so we can’t extract if the base level of the spermidine in the wheat germ is not at a certain percentage that we need. In any given situation, only 30 to 40% of wheat germ will actually contain spermidine and polyamines in the form that we need for extraction.”

After securing €3 million in funding and overcoming these challenges, things really got going, and spermidineLIFE was launched – initially in the Austrian market only. The product is now being sold in several countries, and Longevity Labs opened a US office in August 2020. In its first year, the company sold 40,000 units, growing to 200,000 last year, and is aiming for 500,000 in 2021.

“We want to be the global leader in a new niche that we actually created because no one offered spermidine before us in Austria or, frankly, in the world,” says Bijelac. “We believe, and also the science shows us, that the health impact is more than significant. Every month, there is a new spermidine publication, most of them on animals, because there was no spermidine supplement out there that could be tested on humans. And that’s where we come in.”

“Currently we have five clinical studies running, and this year we hope that’s going to go up to 10.”

As the first company to bring a spermidine product to market, Longevity Labs quickly attracted interest from research institutions keen to assess the impact of supplementing with natural polyamine.

“Currently we have five clinical studies running, and this year we hope that’s going to go up to 10,” says Bijelac. “We are a startup and we don’t have lots of money for clinical research. But, since we were the first supplement out there, universities ask us if we want to collaborate.”

“We are not designing these trials, we receive inbound inquiries for studying particular indications based off the line of research,” adds Dietz. “We just provide the resources for them to do so. It’s a phenomenal position to be in from a corporation’s perspective, because we have people interested in using our product for their own research that shows additional efficacy.”

“Doing this research is part of our heritage – we come from a scientific base.”

Following the initial safety and tolerability study with the Charité hospital in Berlin, the researchers were keen to do more.

“So the Charité started this big study called SmartAge, looking at the prevention of cognitive loss in people who subjectively feel that they are losing memory,” says Bijelac, indicating that the results of this study are expected to be published by mid-2021. “Doing this research is part of our heritage – we come from a scientific base. We’re always looking for new research partners to help support our vision of a healthy way to improve lifespan and also a holistic approach to health, on a cellular basis.”

Through the course of this year, Longevity Labs expects to expand into several more countries and to build out its operations in the key US market, where spermidine supplementation is still a relatively new concept.

“The US has almost no literature out there readily available in English,” says Dietz. “Our first goal was to establish some interest from both researchers and the medical community, so physician outreach has been a critical focus.”

“Red Bull is an Austrian company, and it opened an entirely new industry,” adds Bijelac. “Basically, we’re trying to do the same. We want to be the global market leader in spermidine – not that it will be the only substance we focus on. We are already seen as the leader in Austria and Germany, and we want to expand that to the entire world.”