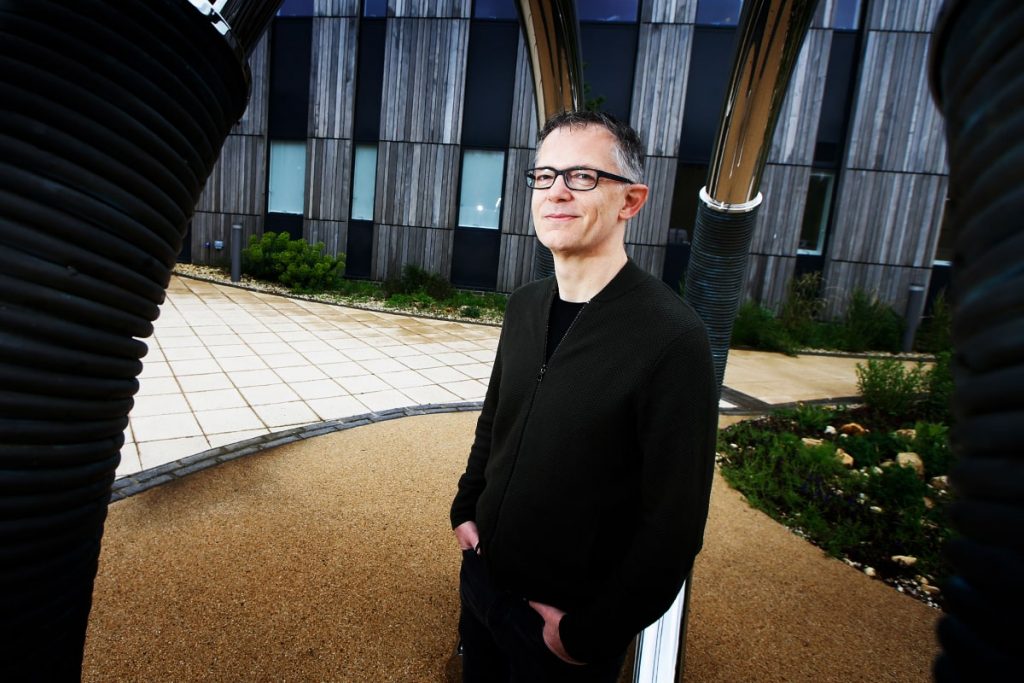 Derived from the Ancient Greek for “self-eating”, autophagy refers to our cells’ main method for recycling damaged components to maintain cellular health. As with many of our biological processes, autophagy becomes impaired with age and is implicated in many age-related diseases.

With an exclusive focus on compounds that induce autophagy, Samsara Therapeutics was created to identify these compounds, develop novel drugs for specific diseases and, ultimately, create therapeutics that increase human healthspan and lifespan.

Longevity.Technology: It feels like new longevity companies are being spun out from universities every week, but Samsara’s origin story is different. The company was one of the first to emerge from Apollo Ventures’ “venture creation” initiative, which builds longevity companies focused on specific mechanisms that hold promise in aging process – like autophagy. With Samsara now three years into its life, we caught up with the company’s Chief Scientific Officer Dr Peter Hamley to learn more.

With decades of experience in drug discovery, including 13 years at Sanofi, Hamley is quick to mention that one of the first people Apollo approached when starting Samsara was Professor Guido Kroemer from the University of Paris Descartes. The most-cited life scientist in the world, Kroemer is known for his work on the stimulation of autophagy for improving healthspan and lifespan in model organisms.

“He’s the perfect person to have on board as one of our scientific founders,” says Hamley. “The idea was to create a company that puts autophagy front and centre in the strategy for coming up with new therapeutics. As far as I know, there are no other biotechs that are solely interested in autophagy as the principal for all projects, and we combine that with a phenotypic strategy, which is very different from most drug discovery operations.”

Describing autophagy as a cell’s “garbage recycling system,” Hamley explains that the system “goes wrong” in many different diseases.

“Probably the most compelling example is in neurodegenerative diseases like Alzheimer’s and Parkinson’s,” he says. “A hallmark and potentially a driver of those diseases, are aggregated proteins like beta amyloid and alpha synuclein, which you can actually see in the brains of patients.”

While a lot of drug development in these diseases (and many others) is focused on removing those aggregates, Hamley contends there is another way.

“The body’s natural way of removing those aggregates is by autophagy,” he says. “Our simple strategy is that boosting autophagy should break the cycle, removing those protein aggregates and therefore restoring the function of the lysosome and restoring cellular health. That’s our hypothesis.”

Should the company be successful in developing autophagy-inducing drugs for specific diseases, Hamley is hopeful that this will also ultimately lead to longevity therapies.

“It’s known that in many different organisms, if you boost autophagy, you can see really significant effects on lifespan and healthspan,” he says. “Unfortunately, as we get older, we get less efficient in this process and autophagy levels go down. If we can develop a safe, efficient autophagy-inducing drug, then not only will that potentially treat a lot of diseases of aging, but it could also increase healthspan in otherwise healthy individuals.”

Over the past three years, Samsara, which has raised $16 million in funding to date, has been heavily focused on screening molecules for their potential to stimulate autophagy.

“We’ve built up our understanding of autophagy so that we can measure it because it’s a very complex process – it’s not just an either/or situation – it’s a multiparametric problem,” says Hamley. “Our current screen is looking at 240,000 molecules, which we test for their ability to induce autophagy in human cells.

“We then look at whether they work in disease models – in patient neurons, for example. And once we’ve got a series of compounds that looks really exciting, then we do the really hard part, which is target identification. Because we don’t know how these molecules are working, we have to put a lot of effort into finding out what the biological target is.”

This approach is quite different from most drug discovery companies today, which usually adopt a target-based approach.

“We do it the other way around – a phenotypic approach,” says Hamley. “We already start with molecules that can do the function, which in this case is autophagy, and then we work out what the target is. While that’s the opposite of most drug discovery at the moment, ironically, most drugs in the past were discovered using a phenotypic approach.”

Samara’s most advanced project now has reached candidate status, and the company has selected the molecule that it wants to put forward into clinical trials. Two other projects are also in the lead optimisation stage.

“It took us less than three years from the start of the screen to candidate nomination, which is exceptionally fast,” says Hamley. “The reason for that is the strategy that we’ve chosen. So if you can make phenotypic screening work, by understanding the mechanism, and working out the target, and do other things correctly as well, then you can do the whole process much faster than the target-first approach.”

Hamley is clearly excited about Samsara’s first candidate molecule, which he says induces autophagy in the brain.

“It’s a molecule that potently induces autophagy, and the target is an exciting one – it gets into the brain very effectively, and it has some great results in animal models of Parkinson’s disease, and of ALS. Our plan is to start a clinical trial next year, where we’re going to look at its effects in both Parkinson’s and ALS patients.”

The future is healthspan

With a platform that is constantly churning out new hits on potential molecules, Hamley is hopeful that Samsara’s pipeline will quickly grow in the months and years ahead.

“The beauty of the platform is that you can continue to screen and continue to discover new targets, mechanisms, and new series of compounds,” he says. “For us, autophagy is just the gateway to new therapeutics, new biology. Those different therapeutics may be useful for different patients with different diseases, so this is an approach that will hopefully lead to a healthy, diverse portfolio.

“And this is not just about neurodegeneration – autophagy dysfunction has been implicated in almost every single disease you can think of, so we’re going to be expanding into different therapeutic areas as time goes on.

“But our ultimate goal is to develop an autophagy-inducing therapeutic that would improve healthspan. That’s a really exciting possibility, and we think it’s achievable.”