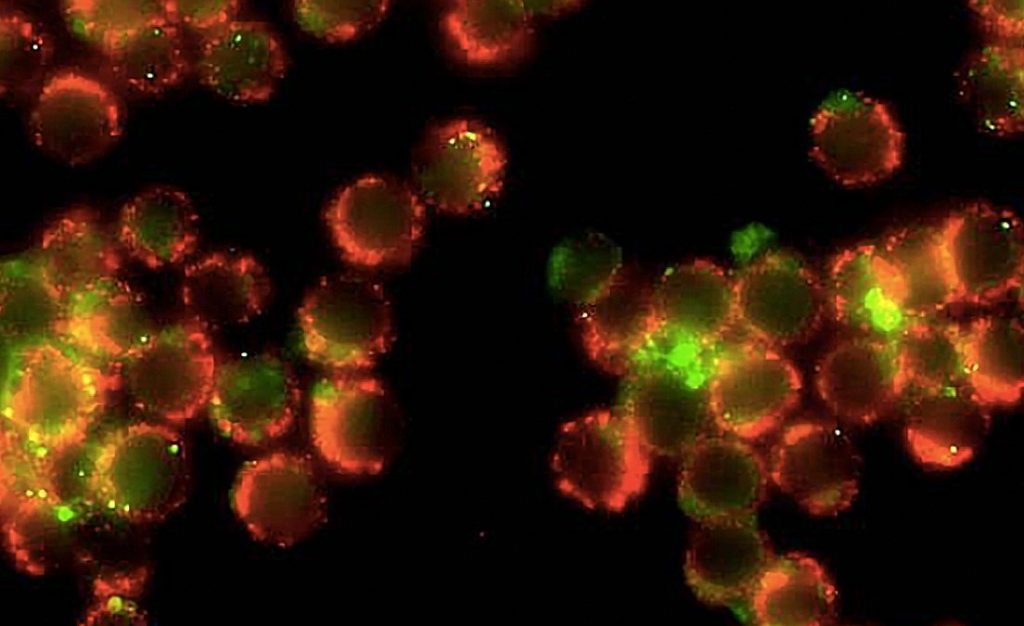 Proprietary Cholesterol Degrading Platform set to be an atherosclerosis game-changer.

Repair Biotechnologies is a preclinical biotechnology company based in Syracuse, New York. Focused on developing drugs for cholesterol and aging-related diseases, its first-in-class Cholesterol Degrading Platform (CDP) technology is aimed at reversing atherosclerosis, familial hypercholesterolemias and other conditions in which excess or modified cholesterol drives pathology.

Longevity.Technology: Repair Bio is on a mission to enabling humans to improve their healthspan through targeting the causes of age-related diseases and aging itself; as a result, the company’s platform is committed to developing treatments for aging and age-related diseases that address the root causes of these conditions. When we heard about Repair’s new CDP tech, we were keen to find out more, especially as Co-Founder and CEO Reason is a leading longevity voice.

An essential structural component of animal cell membranes, cholesterol is biosynthesised by all animal cells and in humans, the liver does the heavy lifting on cholesterol production. However, cholesterol is also found in foods from animal sources, such as egg yolks, meat and cheese, and if there is too much cholesterol in the blood, it can combine with other substances in the form plaque. When plaque sticks to, and builds up on, artery walls, it is known as atherosclerosis, and this can lead to coronary artery disease, heart attack or stroke.

Reversing atherosclerosis is an incredible step; we were keen to find out the inspiration behind the technology, and as Reason told us, it all comes down to asking the right question.

“All of the greatest research programs start out with one scientist poking at something that he or she finds interesting,” Reason explains. “In this case it was the question of why mammalian cells do not routinely break down cholesterol, and instead make do with an intricate, fragile set of processes for shuttling cholesterol within cells and throughout the body.

“The reason why we have atherosclerosis in the first place is that this machinery fails the moment that the tissue environment departs from a youthful, undamaged ideal. It is not robust at all. A more direct approach is needed.

As Reason explains, the core mechanisms of CDP came into being due to the academic curiosity of a few “visionary and talented researchers”; once a way to safely break down excess cholesterol in cells was found and optimised, the Strategies for Engineered Negligible Senescence (SENS) community, who are focused on producing effective treatments for aging and age-related disease, became aware of these mechanisms and worked on implementing CDP.

“The scientists presented their data at the first Undoing Aging conference, and Aubrey de Grey of the SENS Research Foundation later made an introduction to Repair Biotechnologies,” Reason explains. “The SENS philosophy – and the Repair Biotechnologies philosophy – is to reverse age-related disease by repairing the damage that causes it. Excess cholesterol is clearly a form of damage. Removing it is a form of repair.

“CDP strikes at a root cause of atherosclerosis, and other conditions in which excess cholesterol drives pathology. That makes it very attractive to those of us who think of aging in terms of damage and think of rejuvenation in terms of repair.”

CDP is a platform technology that seeks to solve the root cause of cholesterol build-up by degrading excess, non-essential cholesterol with an entirely new, target-specific and rate-limited pathway, which the process introduces into cells.

“We introduce a de novo pathway for catabolism of excess cholesterol, breaking it down into a water-soluble catabolite that leaves cells and is removed from the body fairly rapidly,” Reason explains. “Introduced into mice, the CDP pathway is safe and well-tolerated. It does not interfere with the normal cholesterol metabolism required for cellular activities. It is a very attractive basis for therapy.”

“We made the promise to the scientists and institution involved that we would take this promising research out of its unfunded state and into animal studies in order to prove its worth – and that is exactly what we did.”

Repair Bio is planning for human trials in 2022.
“Our early trials will be small and focused on safety rather than efficacy, as is usually the case,” explains Reason. “A common option for potential atherosclerosis treatments is to first conduct trials for homozygous familial hypercholesterolemia (HoFH), a rare genetic condition that manifests as greatly accelerated atherosclerosis. In this case, there are few patients – perhaps several hundred in the US – and the size of the trial is more determined by the medical centers involved, and thus the availability of patients, than by other factors.”

The potential to reverse and cure atherosclerosis, rather just slow its progression, or ameliorate its symptoms is revolutionary and likely to have wide-ranging medical impact.

Reason agrees. “When Aubrey de Grey first introduced us to the science that would become CDP, we immediately recognized the potential, said to ourselves “this must be realized”, and made it a primary focus of our programs just about as quickly as we could conclude the technology transfer negotiations,” he explains. “We made the promise to the scientists and institution involved that we would take this promising research out of its unfunded state and into animal studies in order to prove its worth – and that is exactly what we did.

“…Radical new directions in research, which are always needed … must usually be realized by some combination of philanthropy and venture funding.”

“The proto-CDP science, at a stage prior to its use in animal models, was a great example of the amazing potential that exists throughout the research community. There are many new and existing approaches to repairing the damage of aging, overlooked and denied funding by the establishment. As it happened, we started to champion this program not all that long after the NIH funding reviewers decided that it was too different from the current orthodoxy to merit a grant for further development.

To their minds, if you are not in the mainstream, if you are not producing the next statin drug, an incremental improvement on lowering blood cholesterol, then your work is not worth it. This is why radical new directions in research, which are always needed, and always unpopular with the establishment, must usually be realized by some combination of philanthropy and venture funding.”

Reason hopes that in the early stages of clinical deployment, there will be an increasing emphasis on non-invasive measurement of atherosclerotic lesion burden. Patients past a certain point in lesion burden will be treated with CDP in conjunction with statins or similar cholesterol-lowering drugs. CDP will reduce the lesion burden and reduce mortality, while statins slow the growth of lesions in order to prolong the time taken until the next CDP treatment is needed.

“The endgame is a low-cost mass-produced therapy that one takes every few years at most … There is more than enough work for an entire industry if the goal is to provide this new treatment to every middle-aged person in the world.”

“From there, as safety is increasingly assured in ever larger groups of patients, the use of CDP will spread steadily to all older people, not just those with a greater burden of lesions,” Reason explains. “The endgame is a low-cost mass-produced therapy that one takes every few years at most, beginning in the 40s or 50s, that clears out the early formation of atherosclerotic pre-lesions. Nobody ever develops atherosclerosis past the point of those pre-lesions. Certainly no-one ever dies of the condition.

“Along the way, of course, other teams will develop as many variants on the first CDP as were developed for the first statins. Once a novel approach (targeted removal of cholesterol in this case) is proven to be promising, all of the Big Pharma players will devote enormous resources to making their own versions. Atherosclerosis is too big of a market to ignore.

The real victory for Repair Biotechnologies (and also for everyone else) is to provoke this response in the broader biotech industry, and to thereby gain countless allies in bringing CDP therapies to the clinic. There is more than enough work for an entire industry if the goal is to provide this new treatment to every middle-aged person in the world.”

To take CDP therapy to the clinic, Repair Bio will use cell therapy and two undisclosed therapies, and, understandably, Reason is playing his cards close to his chest.

“It is ever the case that the further one progresses in growing a biotech startup, the less one can say about what is presently in the pipeline,” he says. “Excess cholesterol is pathological under many different circumstances, from genetic conditions such as HoFH to those like atherosclerosis that strike at very large numbers of people.

There is a long list of indications that we might work on, but inevitably a great deal of that work will be carried out by the broader community. Many hands make light work. We must focus our energies on getting CDP approved and proven useful in patients for at least one indication. After that happens, then researchers and partners around the world will be able to test the approach for many conditions.”

Repair Biotechnologies posit that an approved therapy could take its valuation to $10billion plus – and planning is already underway for the future of the company.

“Of the patient advocates, philanthropists, and scientists who have helped to popularize and advance the SENS research agenda for human rejuvenation over the past 20 years, many have said that if step 1 is getting access to significant capital, say a billion dollars, then step 2 is turning those funds to the implementation of SENS,” Reason explains. “Carry out the scientific programs. Show that repair of cell and tissue damage produces robust rejuvenation in mice. Set the clinical development for human therapies in motion. At Repair Biotechnologies, we are very much of this mindset.

“The SENS research agenda provides a very clear and well-explored set of options for reversing the damage of aging: the cross-links, the senescent cells, the mitochondrial damage, the persistent metabolic waste products, and so forth. That part of the SENS program that is closest to realization for human medicine, the development of senolytic therapies for selective destruction of senescent cells, has to date shown tremendous potential in animal studies, reversing numerous age-related conditions and extending healthy life span. At such time as there is a great deal of funding to direct, then championing all of the underdeveloped areas of the SENS program is at the top of our agenda.”

All images courtesy of Repair Biotechnologies