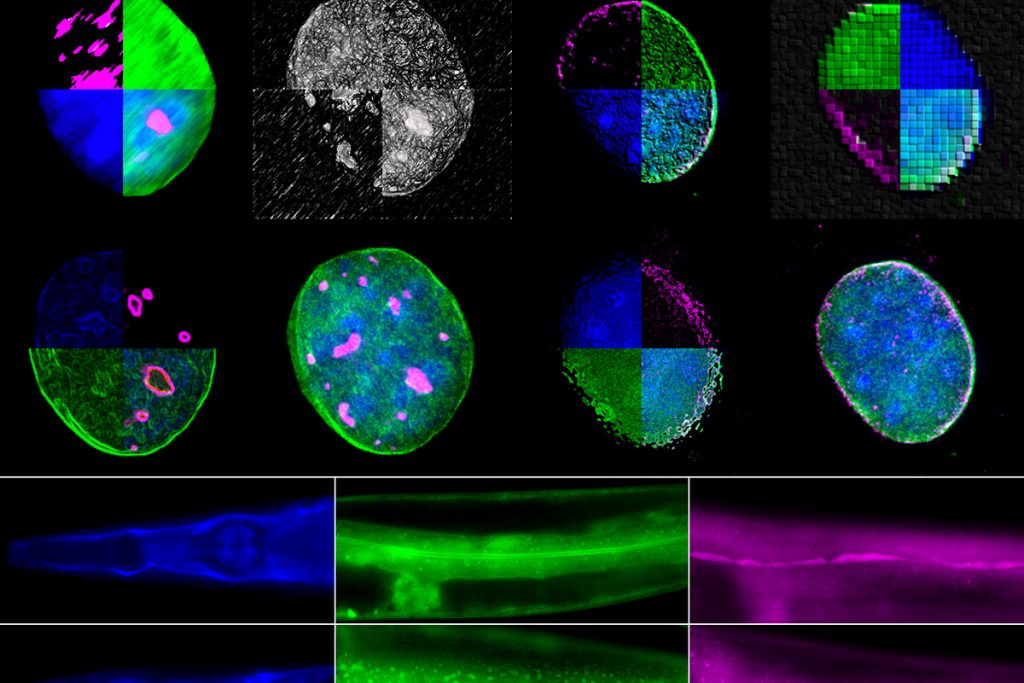 IMBB scientists find that maintaining the integrity and function of the aging nucleus promotes longevity and fertility.

Researchers at the Institute of Molecular Biology and Biotechnology (IMBB) of the Foundation for Research and Technology-Hellas (FORTH) have discovered a fundamental quality control mechanism that operates in cells to safeguard the integrity and function of the nucleus. The work, published in Nature Aging, found that recycling components of a cell’s nucleus via autophagy delays aging of somatic cells, and sustains the immortality of germ cells, which are required for reproduction.

Longevity.Technology: A cell’s nucleus contains the genetic material that determines cellular identity and function. Preservation of the structure of the nucleus, and recycling of defective or damaged material, is essential for cellular homeostasis – the state of balance needed for cells and organisms to survive and function correctly. During aging, the structure of the nucleus is dramatically altered, and deterioration of its architecture is a common and conserved feature of progeria and numerous other disorders associated with aging. However, the molecular and cellular mechanisms that bring about these changes have remained obscure.

IMBB scientists Dr Margarita-Elena Papandreou and Dr Georgios Konstantinidis, led by Dr Nektarios Tavernarakis, Chairman of the Board at FORTH, focused their attention on nucleophagy, a selective type of autophagy, which serves as a quality control mechanism for the nucleus.

Through experiments in nematodes (Caenorhabditis elegans) and mice, the researchers sought to discover whether there was a link between nucleophagy in the maintenance of nuclear structure and function during aging. They also explored whether well-characterised modulators of lifespan (insulin/IGF1 signalling and dietary restriction) interface with molecular processes that change the nucleus during aging.

The study found that nucleophagy is a molecular mechanism by which diverse physiological signals are integrated to impact nuclear architecture and homeostasis. The researchers also identified nucleophagy as a downstream effector of low insulin/IGF1 signaling and dietary restriction on somatic aging. Furthermore, they found that impairment of nuclear material recycling via nucleophagy diminishes stress resistance, undermines animal longevity and triggers progressive germline mortality.

Therefore, say the researchers, nucleophagy is an “essential soma longevity and germline immortality mechanism that promotes youthfulness and delays aging under conditions of stress, by preserving nuclear architecture and preventing nucleolar expansion.”

The scientists believe that evolutionary conservation, and the ubiquitous expression of the regulatory factors involved, means that similar pathways may also govern aging in humans.

“We have always been intrigued by the dichotomy between two diametrically opposed, fundamental phenomena in biology: soma mortality and germline immortality,” said Prof. Tavernarakis. “The prospect of uncovering the molecular underpinnings of this sharply idiosyncratic character of cell types, within a single organism, provided ample motivation for us to embark on a research journey, towards tackling such questions.”

“We decided to focus on nuclear morphology in somatic cells, which deteriorates during aging. By contrast, the overall architecture of the nucleus is preserved in the germline. Our hypothesis was that a homeostatic mechanism effectively maintains the structure of germ cell nuclei, whereas it fails during aging, in the soma.”

“We were surprised to find that autophagic recycling of nuclear material is an important factor, that preserves nuclear architecture and restricts nucleolar size. Interestingly, nucleophagy interfaces with nodal, pro-longevity signal transduction pathways, highlighting the complex crosstalk of the molecular mechanisms that influence aging.”