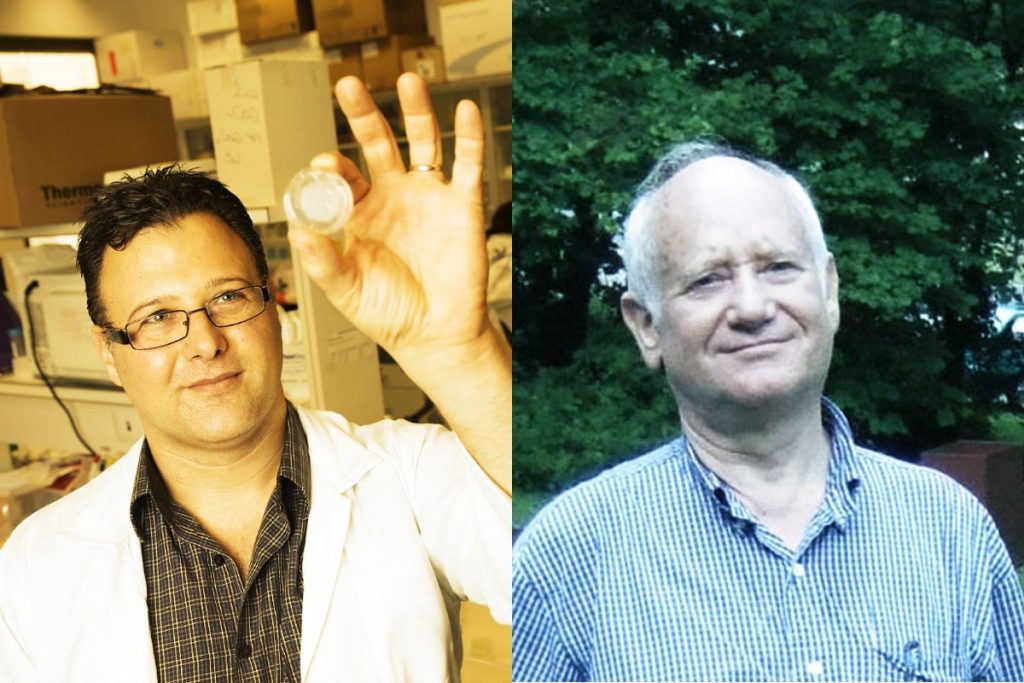 Spin out company Vitalunga to develop mitophagy-activating compounds that rejuvenate cells, and extend lifespan and healthspan in worm models.

Researchers at the Hebrew University of Jerusalem have discovered a new family of molecules that enable cells to repair damaged components, making it possible for those tissues to retain proper function. The efficacy of the molecules was demonstrated on a model organism – the C. elegans roundworm. The research team examined the effect of various therapies on longevity and quality of life, and successfully showed they can protect the worm and human cells from damage.

The researchers, led by Professors Einav Gross and Shmuel Ben-Sasson, have founded a company called Vitalunga to advance the research and translate it into therapeutics.

Longevity.Technology: A major factor in aging tissues is the reduced effectiveness of our cell’s quality-control mechanism, which leads to the accumulation of defective mitochondria – the cellular ‘power plants’ responsible for energy production. Mitochondria can be compared to tiny electric batteries that help cells function properly. Although these ‘batteries’ wear out constantly, our cells have a sophisticated mechanism called mitophagy that removes defective mitochondria and replaces them with new ones. However, this mechanism declines with age, leading to cell dysfunction and deterioration in tissue activity, and is implicated in many age-related diseases, such as Alzheimer’s disease, Parkinson’s disease, heart failure and sarcopenia.

We spoke to Prof Ben-Sasson to find out more about the longevity potential of the new discovery and the next steps for the new company.

The fundamental science behind the new discovery is the idea that augmenting mitophagy may prevent the evolution of many age-related diseases.

“We realised for the first time there is a druggable target to treat multiple major diseases associated with aging,” says Ben-Sasson. “While looking for a prototypic small molecule that might induce mitophagy, we came across the literature about spermidine.”

Spermidine gave the researchers some important structural clues about molecules that could be effective inducers of mitophagy.

“Consequently, we launched a creative drug-design program, combined with rigorous experimental system, which enabled us to discover a novel family of mitophagy-activating-compounds that rejuvenate cells, protect them from oxidative stress and extend lifespan and healthspan in the model organism C. elegans,” says Ben-Sasson.

The initial results of this work, describing in detail the structure and biological features of the first generation of these compounds, was the focus of a recent publication in the journal Autophagy.

Ben-Sasson tells us that the research identified “well-defined structural features of a novel family of compounds that enable a design and optimization of drug candidates in order to enhance efficacy and avoid collateral damage (side effects).”

“Our agents directly target mitophagy/autophagy impairment which considered to be the primary underlying pathogenic event in tissue-aging and in the evolvement of many aging-associated diseases,” he adds. “This is in contrast to other, more indirect anti-aging approaches, like manipulation of the mTOR-pathway, PPAR delta or HIF-1alpha activation by synthetic agonists etc. that could lead, in addition, to undesired physiological consequences.”

Vitalunga is now taking on the work to further develop these orally bioavailable small molecules that enhance mitophagy and autophagy.

Ben-Sasson says that next steps include “intensifying understanding of the drug mode of action at the molecular level, including computational tools to model drug-target interaction,” as well as exploring the breadth of application of this technology in cells and animal models of human diseases.

“We want to move to long-term studies of aging in-vivo where the drug is administered daily and treatment is initiated at different ages, in six-month intervals, starting from six-month-old mice,” he adds.

From a commercialization perspective, Ben-Sasson says that Vitalunga is aiming to complete the process of structural optimization and select the best drug-candidate over the next three months.

“Then we need to scale up production, including stability, analytical etc. (non-GMP batch for tox then GMP batch for clinical trials), and finish a full battery of pre-clinical studies (tox. secondary pharmacology, ADME etc.).”

The company is currently planning for a pre-IND submission for a clinical trial in hepatocellular carcinoma (HCC).

“HCC is an aggressive tumor that in the West is considered an orphan disease, with all regulatory benefits associated, but in the East and Sub-Sahara, HCC mortality is first or second among all malignancies,” says Ben -Sasson. “HCC has outstanding impaired mitophagy which enables it to proliferate.”

The expected endpoint for demonstrating efficacy in HCC in the clinic should be relatively short (approx. 3 months treatment), compared with much longer periods of time for other age-related diseases.

“This would be a Phase I/II study already in patients – so our first in human can thus be accomplished within a relatively short period of time,” says Ben-Sasson. “In the future, we hope we will be able to significantly delay the development of many age-related diseases and improve people’ quality of life.”