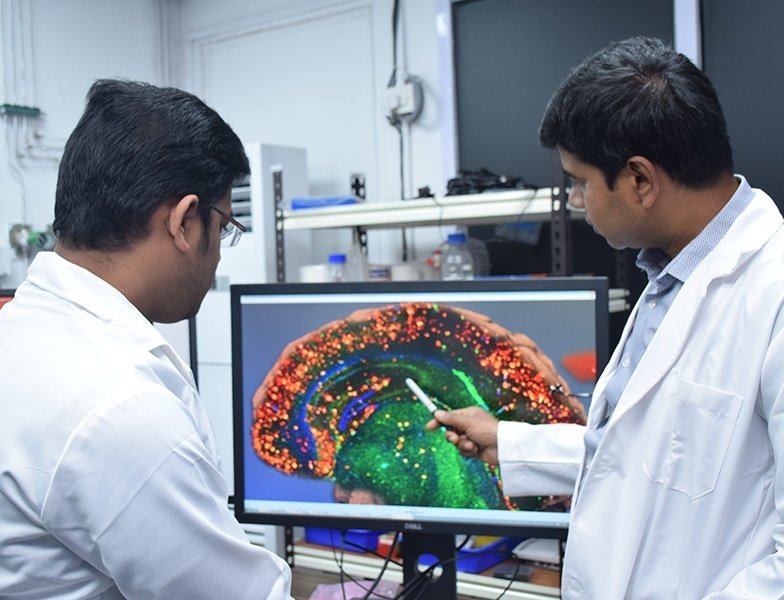 Researchers in India say they have discovered a  promising drug target that may slow or even halt the progression of Alzheimer’s.

It’s the headline many people would never have believed they would see, but could a cure for Alzheimer’s be on the (albeit distant) horizon? If so, the impact on an aging population would be huge and the credit would be due to one tiny molecule called TGR63.

Longevity.Technology: Alzheimer’s disease is multifactorial, with various risks and multiple pathways. This obstacle has kept researchers from developing effective treatment, but small molecule TGR63 disrupts the mechanism through which neurons become dysfunctional with the onset of Alzheimer’s, halting the spread of the condition. Currently, available treatments provide only temporary relief, and there are no approved drugs that directly act on the disease mechanisms of Alzheimer’s disease. TGR63 could be the answer to the as yet unmet need for develop drug candidates that halt or cure Alzheimer’s disease.

The research has been ongoing for the last ten years at the Jawaharlal Nehru Centre for Advanced Scientific Research, with results published in the journal Advanced Therapeutics.
The JNCASR team designed and synthesised a set of novel small molecules and identified a lead candidate, TGR63, which they found could rescue neuronal cells from amyloid beta (Aβ) toxicity.

TGR63 was then tested in vitro and then in cellular models. Researchers from the Jawaharlal Nehru Centre for Advanced Scientific Research treated a mouse affected with Alzheimer’s and a healthy mouse with the same drug. They found that the molecule significantly reduces amyloid aggregates and caused a reversal of cognitive decline in the murine model [1].

The mice also showed reduction of learning deficiency, memory impairment, and cognitive decline as revealed by distinct behavioural tests. These key attributes have, feel the researchers, validated the potential of TGR63 as a promising drug candidate for the treatment of Alzheimer’s.

TGR63 was also found to reduce the amyloid burden in the cortex and hippocampus, or a complex part embedded deep into the temporal lobe, thereby reversing cognitive decline.

“Under some adverse physiological conditions, amyloid-beta a peptide clumps into toxic aggregates in the brain which results in volume and mass of the brain decreasing significantly disrupting the neural connections causing cognitive decline,” said Professor Thimmaiah Govindaraju, of Jawaharlal Nehru Centre for Advanced Scientific Research [2].

Having completed trials on the model and toxicology studies, researchers now say they are on the hunt for big pharma investment.

“Under some adverse physiological conditions, amyloid-beta a peptide clumps into toxic aggregates in the brain which results in volume and mass of the brain decreasing significantly disrupting the neural connections causing cognitive decline”

At least 50 million people worldwide are affected by Alzheimer’s [3]. It accounts for 60% to 70% of dementia cases worldwide [4]; one in 14 people over the age of 65 are living with some form of dementia.

As well as incredibly debilitating for the sufferer, Alzheimer’s disease puts an enormous strain on health and social care systems, as well as families and carers; anything which can arrest the progression of the disease or even throw it into reverse has the potential to be transformative for society and global healthcare systems.