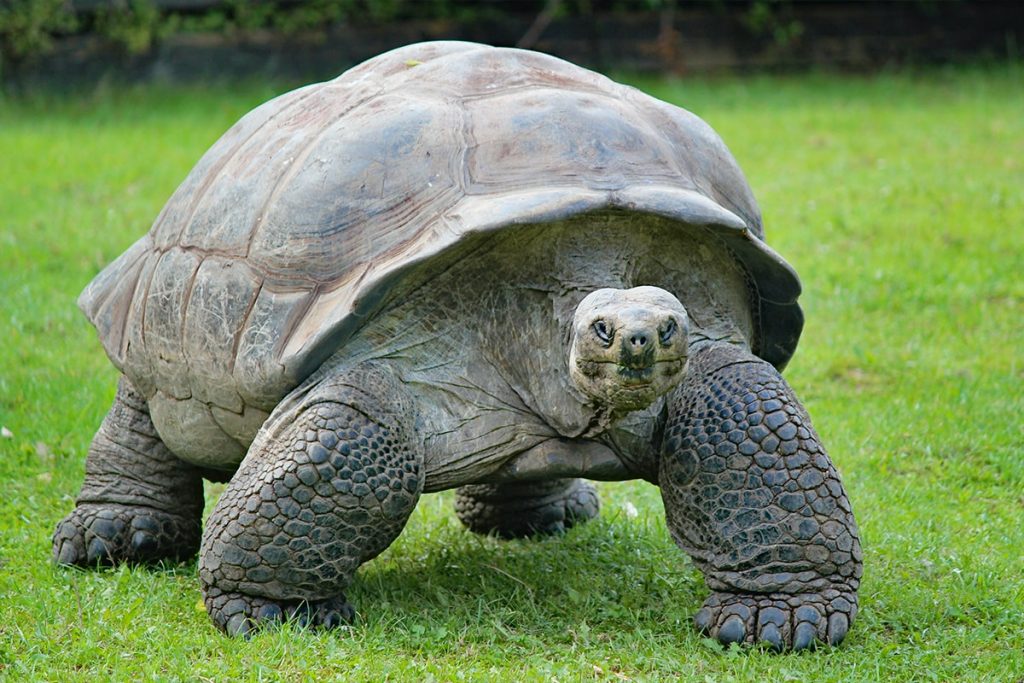 Significant study on longevity and aging in reptiles provides first comprehensive evidence that turtles in the wild age slowly and have long lifespans, and identifies several species that essentially do not age.

Jonathan, the Seychelles giant tortoise recently hit the headlines for being the “oldest living land animal in the world” having reached the grand old age of 190 [1]. Although, anecdotal evidence like this exists that some species of tortoises and other ectotherms – ‘cold-blooded’ animals – live a long time, evidence is inconsistent and mostly focused on animals living in zoos or a few individuals living in the wild.

Now, an international team of 114 scientists, led by Penn State and Northeastern Illinois University, reports the most comprehensive study of aging and longevity to date, comprising data collected in the wild from 107 populations of 77 species of reptiles and amphibians worldwide [2].

Longevity.Technology: Among their many findings, which have been reported in the journal Science, the researchers document for the first time that turtles, crocodilians and salamanders have particularly low aging rates and extended lifespans for their sizes. The team also found that protective phenotypes, such as the hard shells of most turtle species, contribute to slower aging, and in some cases even “negligible aging” – or lack of biological aging.

So, what can these heroes in a half-shell teach us about longevity? The team found considerable variation in senescence and were able to build on research that evidences that negligible senescence occurs under controlled conditions. Understanding senescence and the very evolution of aging will give us the tools to slow it and ameliorate its damaging effects.

“Anecdotal evidence exists that some reptiles and amphibians age slowly and have long lifespans, but until now no one has actually studied this on a large scale across numerous species in the wild,” said David Miller, senior author and associate professor of wildlife population ecology, Penn State. “If we can understand what allows some animals to age more slowly, we can better understand aging in humans, and we can also inform conservation strategies for reptiles and amphibians, many of which are threatened or endangered [3].”

In their study, the researchers applied comparative phylogenetic methods – which enable investigation of organisms’ evolution – to mark-recapture data, a process by which animals are captured, tagged, released back into the wild and observed. Their goal was to analyse variation in ectotherm aging and longevity in the wild compared with endotherms (warm-blooded animals) and explore previous hypotheses related to aging, including mode of body temperature regulation and presence or absence of protective physical traits.

Miller explained that the “thermoregulatory mode hypothesis” suggests that ectotherms – because they require external temperatures to regulate their body temperatures and, therefore, often have lower metabolisms – age more slowly than endotherms, which internally generate their own heat and have higher metabolisms.

The team’s findings, however, reveal that ectotherms’ aging rates and lifespans range both well above and below the known aging rates for similar-sized endotherms, suggesting that the way an animal regulates its temperature – cold-blooded versus warm-blooded – is not necessarily indicative of its aging rate or lifespan.

“We didn’t find support for the idea that a lower metabolic rate means ectotherms are aging slower,” said Miller. “That relationship was only true for turtles, which suggests that turtles are unique among ectotherms [3].”

The protective phenotypes hypothesis suggests that animals with physical or chemical traits that confer protection – such as armour, spines, shells or venom – have slower aging and greater longevity. The team documented that these protective traits do, indeed, enable animals to age more slowly and, in the case of physical protection, live much longer for their size than those without protective phenotypes.

“It could be that their altered morphology with hard shells provides protection and has contributed to the evolution of their life histories, including negligible aging – or lack of demographic aging – and exceptional longevity,” said Anne Bronikowski, co-senior author and professor of integrative biology, Michigan State [3].

Beth Reinke, first author and assistant professor of biology, Northeastern Illinois University, further explained: “These various protective mechanisms can reduce animals’ mortality rates because they’re not getting eaten by other animals. Thus, they’re more likely to live longer, and that exerts pressure to age more slowly. We found the biggest support for the protective phenotype hypothesis in turtles. Again, this demonstrates that turtles, as a group, are unique [3].”

Interestingly, the team observed negligible aging in at least one species in each of the ectotherm groups, including in frogs and toads, crocodilians and turtles.

“It sounds dramatic to say that they don’t age at all, but basically their likelihood of dying does not change with age once they’re past reproduction,” said Reinke [3].

Reinke noted that the team’s novel study was only possible because of the contributions of a large number of collaborators from across the world studying a wide variety of species.

“Being able to bring these authors together who have all done years and years of work studying their individual species is what made it possible for us to get these more reliable estimates of aging rate and longevity that are based on population data instead of just individual animals,” she said [3].

Bronikowski added: “Understanding the comparative landscape of aging across animals can reveal flexible traits that may prove worthy targets for biomedical study related to human aging [3].”