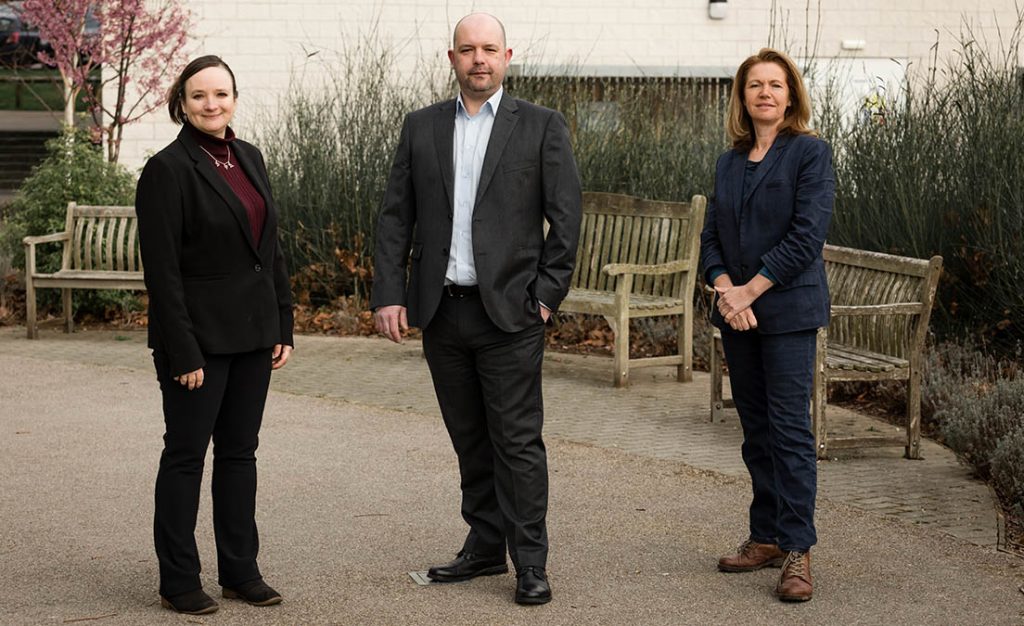 University of Exeter spin-out SENISCA today announced seed funding of £1.3 million for the development of “senotherapeutic interventions” that target both disease-causing and aesthetic aspects of aging. The company has developed a platform for the development of oligonucleotide-based medicines that reverse cellular senescence and “reset the cellular aging clock.”

The round was co-led by Emerging Longevity Ventures and R42 Group, and included Longevity Tech Fund and Trend Investment Group. SENISCA also announced Innovate UK grant funding of £240,000 for the company’s work in the development of anti-aging cosmeceuticals.

Longevity.Technology: When we spoke to SENISCA a few months ago, the company revealed it was looking for around £950k in initial seed funding, so the nicely oversubscribed round indicates strong investor interest. We caught up with co-founders Prof. Lorna Harries and Kirsty Semple to find out more.

“This investment is the first step towards positioning SENISCA as a global leader in the development of oligonucleotide-based senotherapeutic medicines,” says Semple, the company’s CEO. “Our long-standing RNA biology expertise and world class laboratory facilities, place us amongst the front runners in the field of oligonucleotide biologics, one of the fastest growing drug development sectors. We aim to be amongst the first teams to employ this emerging modality in the context of complex disease.”

Today’s funding is the first of two seed rounds for SENISCA, the second of which will likely take place in around 12 months’ time.

“We did have very strong oversubscription interest, and we have had to disappoint quite a few offers for share equity,” adds Semple. “We couldn’t allocate shares to every investor who wanted them, but it does put us in an even more advantageous position for the next seed round.”

“We’ve got something that has potential to be useful in a lot of different arenas, and I think our investors have seen the possibilities of that,” says Harries. “The oversubscription means that we’re really well-resourced to be able to do what we need to do.”

Over the next 12 months, one of SENISCA’s main milestones will be the development of its novel interventions to the early targets it has identified. The company is still in a form of stealth mode, so those targets remain under wraps for now, but the lab is hitting the ground running and will immediately begin testing in human primary cells.

“Now we know that the targets are real, we need to be able to do something a little bit more elegant,” says Harries. “What we need to do before anything else is to show that our interventions target the genes in the way that we want them to.”

Another key focus for the company will be to explore the regulatory frameworks around oligonucleotide biologics, to see if a faster route to clinical trials might be possible.

“A lot of the basic pharmacokinetics and safety profiles of oligonucleotide drugs are actually quite well understood already,” says Harries. “So we’re doing some work exploring that regulatory landscape, because there have been cases where the route to clinic for oligonucleotide drugs has been easier than it would be for a small molecule.”

SENISCA’s close relationship with the University of Exeter is key to its ability to execute quickly over the next year.

“What’s exciting about the 12 months cash runway we have is that, unlike other anti-aging medicine start-ups, we already have access to an existing £30 million laboratory infrastructure,” says Semple. “We’ve got no setup time and a world-class lab and R&D team in place, so we can go at high speed.”

Interestingly, both of the company’s lead investors are funds with a dedicated longevity focus.

“Introduced by a multinational cosmetics executive, we followed SENISCA for a year,” says R42 Group Principal, Anastasiya Giarletta. “We liked SENISCA’s strong science platform in gene regulation and RNA splicing that led to a link with aging. This suggests not only the removal of senescence but also rejuvenation of cells.”

“Two years ago I was looking into RNA processing and I came across Lorna’s work, and immediately realised this was potentially really important for aging,” Brian M. Delaney, one of the founders of Emerging Longevity Ventures, tells us. “Indeed, Lorna now thinks, rightly, that dysregulated RNA splicing should itself be a hallmark of aging. I went to Exeter last year to meet with Lorna and her team and had a couple of marathon meetings about the science, which I realised was so promising that we really wanted to invest in order to support her work.”